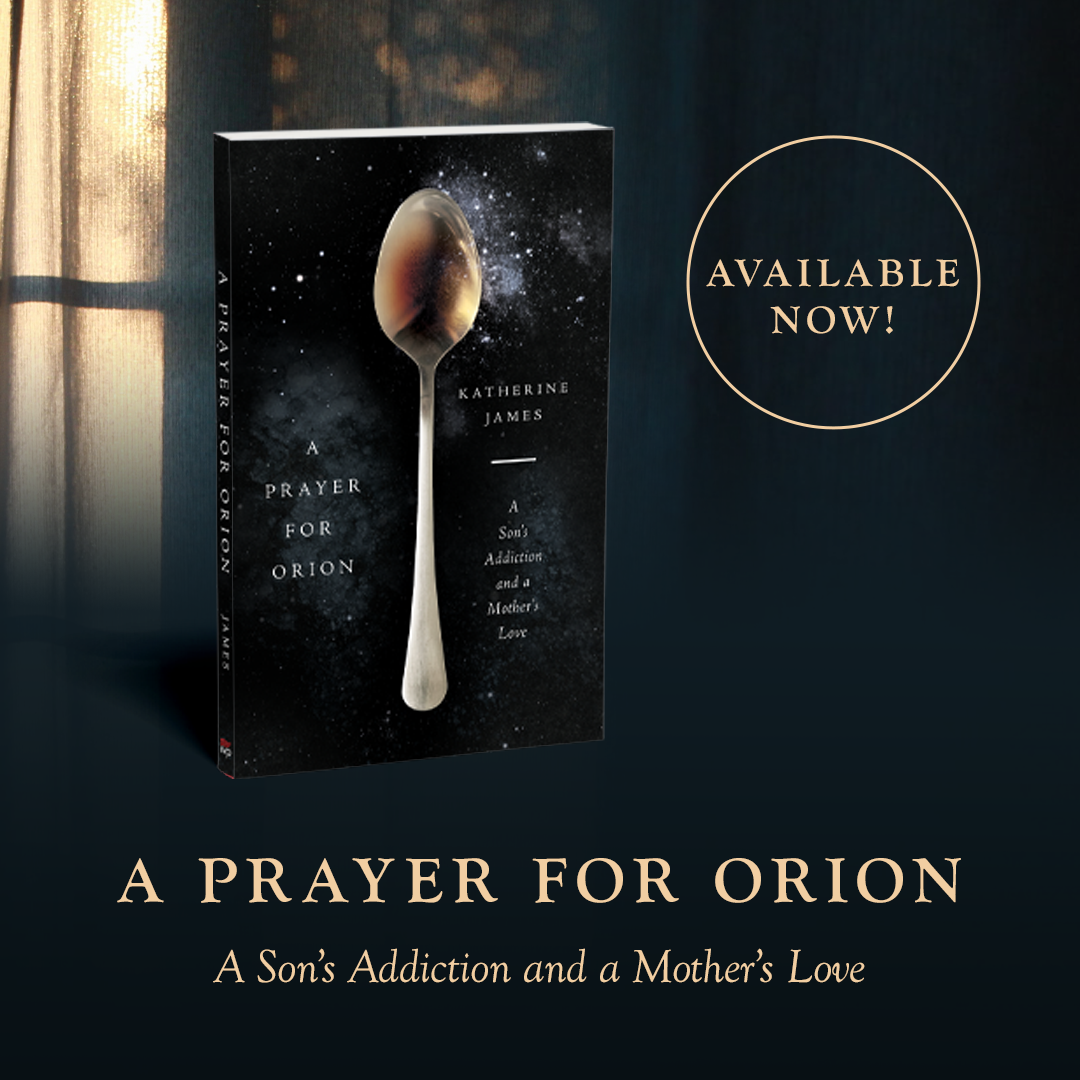 Editor’s Note: Kate James has written a vibrant memoir about her son’s battle with heroin, and her own experience during that time. This is an important book and we highly recommend it. Kate generously allowed us to use an excerpt today as her book launches!

Few parents can say the word heroin. It took me a long time to say it. A lot of people misspell heroin as heroine, which seems about right because heroin is like a heroine in disguise; it swoops in to save the day and take away whatever feels bad but ends up killing the one who needed saving. A wolf in sheep’s clothing. When I was taking notes for this book, I just wrote H. The letter H was easier to put down on the page. Less combustible, like if I held off on the rest of the letters, then this apotheosis of evil would somehow fizzle out to nothing before it could drag another victim into some alley with determined tufts of grass growing from cracks of asphalt and cement-like wormy green blood. There are a lot of words that are useful as substitutes for the H word. The vague word drugs, for example, works well, but leaves too wide a spectrum of possibilities, including less noxious substances like marijuana. You can say “hard drugs,” which is better, but it’s still a mash up. What? Meth? Crack cocaine? I’ve thought a lot about whether it sounds worse to have a child who does heroin or meth. If given a choice, as a mother, would I rather have to say my child was addicted to heroin or meth? I’m still not sure. I know both kinds of parents. I think parents must spend time thinking about this when their kid’s either an H kid or an M kid. Either way, both the H kid and the M kid swim like spelunkers through deep caverns far beyond the reach of the sun, and it’s impossible to know whether they’ll ever make it back.

There are locusts flattened within the pages of the Bible. John the Baptist eats them with wild honey in the desert and stubborn Pharaoh and his glorious Egypt become infested with them. In Nahum 3:15 it says, “The sword will cut you off. It will devour you like the locust.” In Proverbs 30:27, “The locusts have no king, yet all of them march in rank.” Locusts swarm. As innocent as they might be singularly, en-masse they are a killing machine. They destroy living things. They destroy food. They ruin future harvests. As small as they are, in a multitude they become a monster. In Madagascar there have been swarms so destructive they would warrant a state of emergency in America. Their swarming bodies turn the air into TV static.

But in the second chapter of the book of Joel, God says, “I will restore to you the years that the swarming locust has eaten.”

The God of miracles who can make camels go through the eyes of needles can also redeem years of pest-eaten fields that produced nothing. This is a true thing. He wants to redeem every day that drugs have taken from a life; the lost happiness and relationships and growth. At one point I began praying the Lord’s Prayer, especially the part that says, “Your will be done, on earth as it is in heaven” because his will is restoration, the whole Bible is about healing and restoration, always. He wants harvests to be plentiful and all the flying bugs with their overlapping droning voices to vanish like the mist vanishes as the sun rises. And isn’t this what we all hope for? Not just that God will save our children and the people we love, but that he will turn every dark night and empty bed into some as-of-now unknown beautiful thing?

Purchase Kate’s book on Amazon and leave a review!

Katherine James
Katherine James received the Felipe P. De Alba Fellowship from Columbia University, where she also taught undergraduate fiction. Her debut novel, Can You See Anything Now?, won Christianity Today's 2018 Fiction Book award and was a semifinalist for the Doris Bakwin Award. She lives in Westchester, Pennslyvania, with her husband, Rick. Katherine's new book, A Prayer for Orion, releases today.