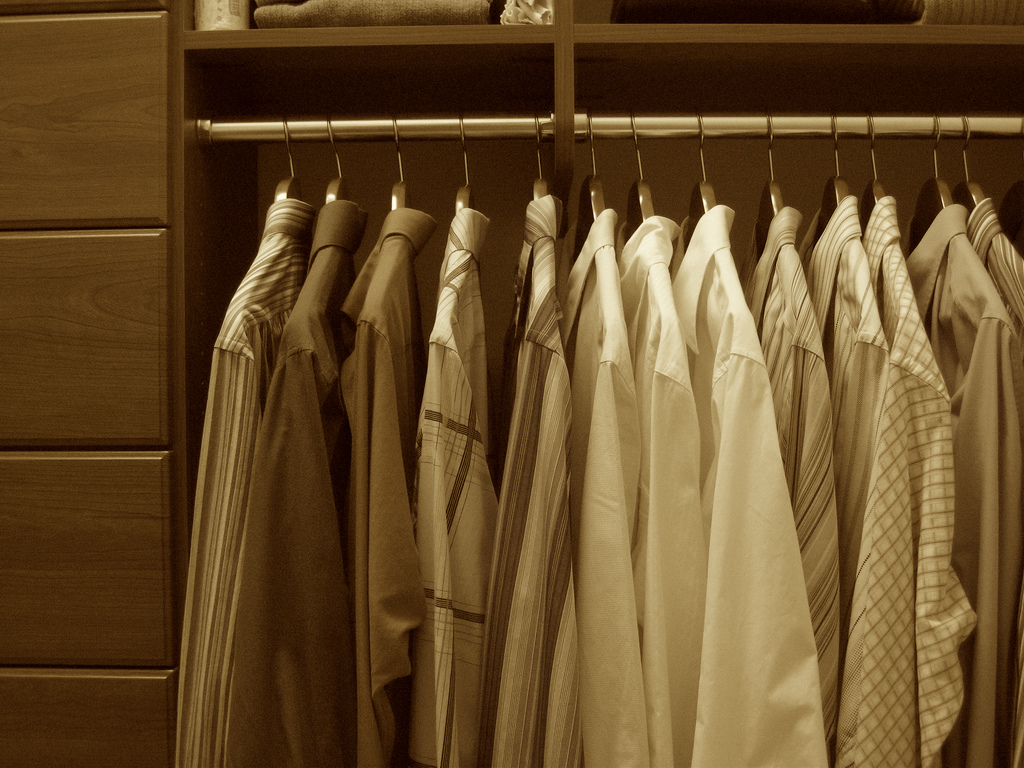 For a couple years after my father died, his belongings continued to inhabit our home. A neat row of ironed dress shirts hung in his closet; a soldering iron rested on the workbench in the garage; his favorite books held their territory on the shelves. As the months passed, and I finished my freshman year of high school, those items remained untouched and unmoved, like priceless artifacts from a bygone era.

Though my father’s effects remained a solid presence in my world, I could not say the same about myself. In the months after he passed away, my grief tore at every part of me, eroding my spirit to mist. I experienced the scientific truth that the molecules of my body were more empty space than substance, and wondered when the mysterious forces holding those molecules together would disintegrate, giving up on me as much as I wanted to give up on myself.

The summer after freshman year, as my mother worked frantically to pay for one daughter in college and save up for another one on her way to college, I often walked to the library to keep my body and my mind occupied. It was a two-mile trek along a two-lane thoroughfare that paralleled the freeway, along which commuters drove at highway speeds.

During those walks, I remember feeling surprised each time a car slowed for me at a crosswalk. Surely there was something or someone else blocking their way. I couldn’t comprehend how another person—a stranger, no less—could see I existed in flesh and blood when I could barely see myself.

I certainly felt invisible to God. He had not been Healer or Comforter, nor Provider or Protector for our faithful little family. Even as my parents gave all the extra time and income they had to the church, it seemed as if God had watched passively as my father’s body was tormented by disease, and our hearts were tormented by pain. So I shut God out—just as he had shut me and my desperate prayers out.

On a warm, clear California summer day, I sat in our living room as strident sunshine gushed through the glass doors. All around me was brilliance, but the only thing I could see was a hunting knife of my father’s, lying on the fireplace hearth, exactly where he had left it months before he got sick.

My father never hunted a day in his life, never expressed the desire to hunt or even spend much time in the wilderness. But he had been curious about so many things outside of his experience as a computer engineer, and so he had purchased and kept this hunting knife for no purpose I knew of except to have it.

It would be so easy to use that knife, I thought, to finish a life I was no longer living. I calmly pondered how to do it. Should I slash my wrists? My neck? Stab myself in the heart or abdomen? Every option seemed too messy, too vulgar for the cream-colored carpet and the sparkling sunshine. But every option still seemed better than pretending to embody a spirit that was already half gone.

And then, in the heavy stillness of that moment, when all I could see was darkness, the very presence of God entered that living room. I felt it; I breathed it in; I knew in the depths of my being the Almighty was there. He filled the room—and he filled me to overflowing.

He didn’t say anything to me, at least not anything that I heard. Instead he opened up his heart to me, and I sensed his sorrow at all that my father and our family had been through. I sensed his deep compassion for the suffering that burdened us still.

I realized then that God had been there all along—waiting, waiting, waiting for me to be willing to turn to him and share my sorrow. I sensed his gentle encouragement that life still had so much to offer me. In those few moments, I knew I was seen. I was real. I was whole again.

As the holy moment receded, I took a deep breath, picked up the hunting knife, and packed it gently away in my father’s closet.

21 thoughts on “Substance and Empty Space”