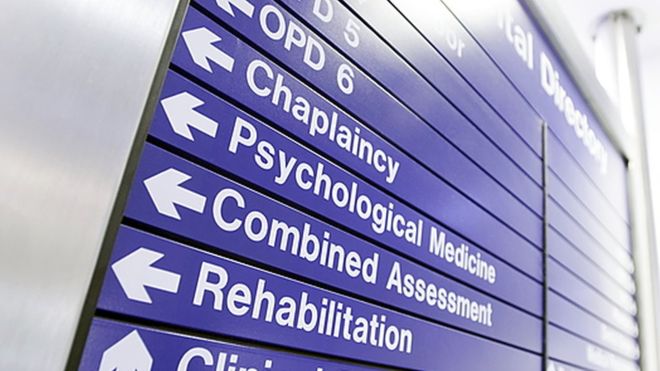 On the first day of my teenage stint as a volunteer in the local hospital, my supervisor gave me a tour. As she explained the business of each floor, she mentioned that I wouldn’t be going up to the psych ward. I shuddered with relief. My mind’s eye flashed with a picture of drooling, yelling zombie patients lunging around narrow hallways and throttling innocent bystanders. I wanted to stay far away from there.

But almost twenty years later, I visited the psych ward after all. Three months after the birth of my fourth child, over the course of a week, my thinking and speech patterns rapidly disintegrated. My husband drove me to the emergency room late one Thursday night, where they diagnosed me with postpartum psychosis. After convincing me to sign the voluntary commitment papers, my husband took our baby home to teach him how to drink from a bottle, while I was given antipsychotic medication and wheeled upstairs.

The psych ward that awaited me on my first morning as a patient was calmer than the one I’d imagined nearly two decades earlier. As I emerged from my room, I saw only a few other people in the wide, open lobby: a couple of nurses, and a single patient. A round, sixtyish woman with dyed red hair sat at one of two tables, scooping scrambled eggs into her mouth with a plastic spoon.

“Breakfast is almost over,” one of the nurses nodded at me, indicating a lone tray cooling on a tiered cart. “You better eat that if you want it.”

I crossed the room and picked up the tray. I tried to appear nonchalant as I sat down at the empty table. I wanted to stay as far away as possible from the lady who was already seated. I wasn’t sure I wanted to talk to someone like her.

From her position at the other table, however, my dining partner cheerfully ignored the distance between us.

“It’s good breakfast,” she volunteered in my direction as she continued chewing. “They know how to do it around here. It’s good, good food.”

I allowed myself to meet her gaze and saw that she was positively beaming at me. I remembered that as the nurse had shown me to my bed the night before, he assured me, “You’ll meet lots of interesting people here.”

Here’s the first one, I thought. I might as well go for it. I smiled back.

My companion’s name was Dolly. Over the next four days, I would gain an education in Dolly’s thoughts and the way she saw the world. She would whisper to me about the other patients with a truly empathetic shake of her head. She often cackled with glee. Her most frequently repeated sentiment was, “That’s the way the cookie crumbles, better start picking it up!” I liked Dolly. She made me laugh. I found her insights into the people around us remarkably apt.

The last afternoon of my hospital stay, I wandered into the lobby and found Dolly sitting with her son and daughter-in-law.

“Oh, hi, I’m Sarah,” I smiled. “I’m a friend of Dolly’s. My husband is one of the pastors at the Presbyterian church downtown.”

I’d slipped into my most familiar role, but as my listeners’ eyes constricted, I realized they didn’t believe me. It was as if I’d announced I was the Queen of England.

Call him yourselves! I wanted to shout. Not everything a mentally ill person says isn’t true! But I could only hold my faltering smile.

Then, Dolly asked for my address. She said she wanted to send me a Christmas card. As her family members looked on disapprovingly, I hesitated. As much as I liked her, I still wasn’t sure if she was the kind of person I wanted to have my address. I compromised and gave her the address of my church (where my husband really is a pastor).

When I got out of the hospital, I kept seeing the same narrow-eyed skepticism in others that I’d observed in Dolly’s family members. My Bible study leader could not squeak out a single word in response when I told her my story. A church member stared when she saw me at the mall. Another mom at after-school pickup giggled in nervous horror when I told her I was taking anti-psychotics.

I realized that one of the only people who hadn’t viewed me with stigma in all of this was Dolly. I realized that I missed her. I asked my husband over and over if any Christmas cards from Dolly had found their way into his inbox. Nothing ever came.

Sarah Sanderson
Sarah Sanderson is a writer and speaker who lives in the Portland, Oregon area with her husband and four children. More of Sarah's work can be found at www.sarahlsanderson.com, or check her out on twitter & facebook.

When I Am Bipolar

Opening to a New Way to Bloom