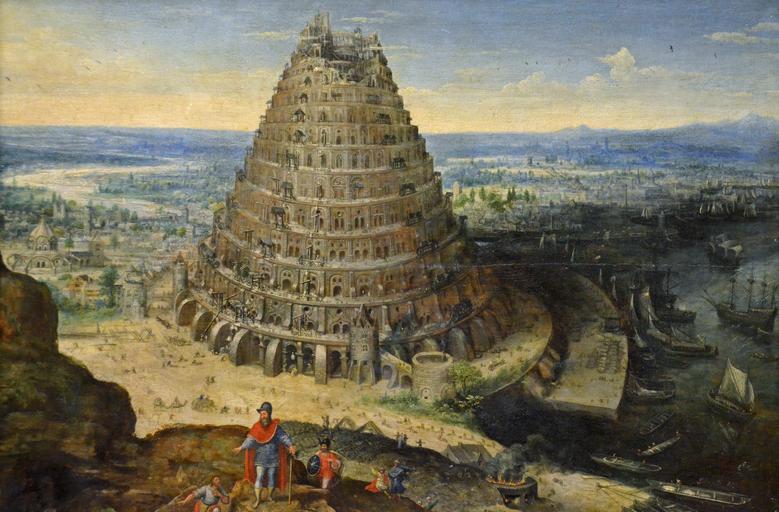 The gist of the book is a new interpretation of the story of Babel celebrating difference. Hiebert asserts that the events at Babel when the people’s language was mixed were not discipline but rather blessing. It’s an intriguing idea at first. When I first heard of it, I ordered Hiebert’s new book The Beginning of Difference (Abingdon Press) and later ordered the picture book.

Although not an evangelical, Hiebert’s had influence among evangelicals invested in creation care because of his explanation of Genesis 1 showing interdependency in nature. But I fear for evangelicals who may seize onto his view of Genesis 11:1-8, the story of Babel, to support seeking diversity.

I have a hard time disagreeing with Hiebert that God wanted multiple cultures to occur as stated in The Beginning of Difference. If people had spread over the earth as God directed Adam and Eve, I can imagine that their separation from other others and the influence of differing geography would lead to differing cultures.

But Hiebert doesn’t connect the story of Babel to Genesis 1:28-29, God’s injunction to Adam and Eve. Probably he doesn’t because he believes that those passages were written by different authors. And he argues against traditional Christian belief that the Pentecost in Acts 2:1-47 was a reversal of the discipline of the story of Babel. His account in his adult book celebrates that Balaam was “virtuous.” And his children’s book celebrates the difference of Islam and Shintoism as illustrated by a picture, which features multiple houses of worship including a Shinto shrine and a Muslim mosque. We are to infer that we’re all members of God’s family, hence, the halos on everyone’s head.

Boundaries of Being Made in God’s Image

As humans, we participate in God’s image akin to how we participate in the ongoing story of Scripture. But participation is bounded. For any diversity to be a reflection of God’s image, it needs to stay within the boundaries of that image. If not, it’s reflecting God poorly, diminishing his glory.

Need for the Holy Spirit for Difference

Participation in God’s image is a dependency on Christ. This dependency is why Pentecost is a reversal of Babel. The Spirit of Christ united those of different languages, as Hiebert rightly points out, not through one language, but instead through translation for onlookers. And as Moses, the most likely author of Genesis, indicates, a special people moved towards dependency on God through the line of Abraham. Abraham is the biblical figure we are introduced to after the story of Babel, despite that Hiebert insists that Noah founded Israel, not Abraham.

For any diversity to be a reflection of God’s image, it needs to stay within the boundaries of that image. If not, it’s reflecting God poorly, diminishing his glory.

Best Reflection of God’s Image: A Primary Identity in Christ

To participate in God’s image well, my primary identity must be in Christ, who is the perfect image of God. The reversal at Pentecost is vital because I need the Holy Spirit to hold me in my identity. In Christ, “all things hold together” (Col. 1:17) and that includes my best self.

Once upon a time, I wore looser clothing and didn’t make eye contact with men. I focused on expressing rationale thought and not letting others see the emotion that I carried hidden like buckets of water on a precipice always ready to slosh. I was uncomfortable with my femininity. Thank God for counseling. I became comfortable in my own skin through it and practicing a dependency on a God who loves me, appreciating my feminine heart.

If evangelicals follow Hiebert in celebrating difference for difference’s sake, we tacitly assume a moral relativism that treats God’s image as unbounded. Assuming moral relativism leads to an inability to judge actions claimed to express differing identities, which would in actuality be inappropriate to reflect God’s image, whether the identities are cultural, sexual, gender or what have you. Not surprisingly, Hiebert supports an interpretation of Scripture that affirms the ordination of individuals in gay and lesbian relationships.

My Hope in Christ

I have hope given by the apostle Paul in Galatians 1:28, “There is neither Jew nor Gentile, neither slave nor free, nor is there male and female, for you are all one in Christ Jesus.” I can say with him, “If you belong to Christ, then you are Abraham’s seed [not Noah’s!], and heirs according to the promise” (v. 29). It is in the church where I see my primary identity—not a Shinto shrine or a Muslim mosque. It is a beautiful relief to be bounded. It’s one I want my discerning 12-year-old to share.

I did not have any idea what to expect. END_OF_DOCUMENT_TOKEN_TO_BE_REPLACED