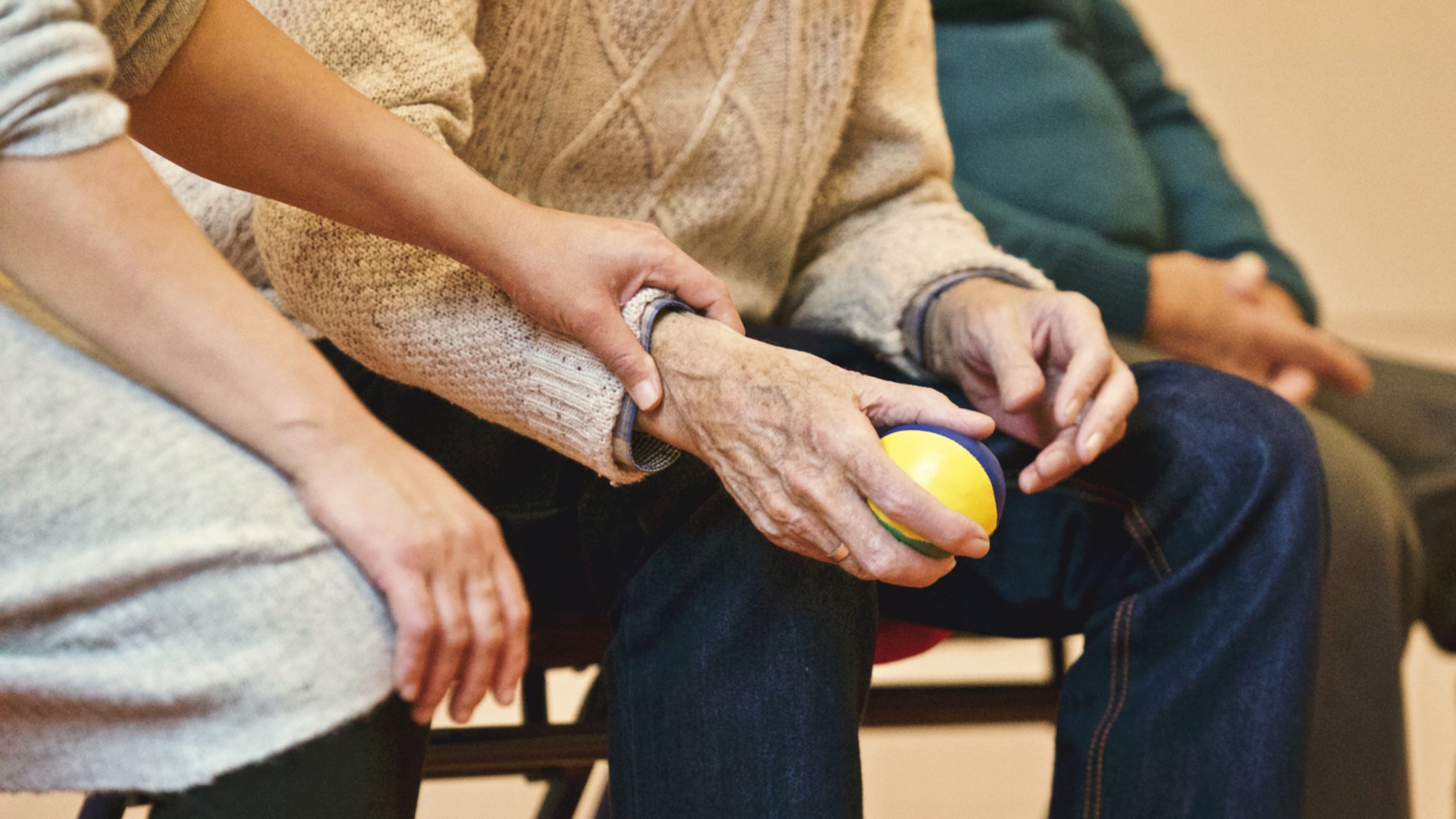 About four years ago, my son started a lawn business in the neighborhood. That was how we met one of our neighbors; we’ll call him Mr. B.

Mr. B. is originally from Ukraine, Jewish and 101 years old. He ambles around slowly in a walker, hunched over, and wears a knit hat on his balding head. Mr. B has an infectious smile, wears large brown hearing aids, and despite the pain, walks with much effort.

What in the world would these two dichotomous worlds find in common? But here, just around the corner, an unlikely friendship was forming.

“You know, schlepping around,” Mr. B offers his usual answer, with a smile. “My kids want me to go to a nursing home,” he says, “but I don’t want to leave my house.”

Mr. B is homebound. Until last year, however, he was “schlepping around” in his kitchen, baking his own bread, and cooking and hosting Sabbath supper at his home for his adult children every Friday night.

No matter how much pain or difficulty is required to move, he still manages to get dressed for the day. Even though me may not receive any visitors, other than his family or a guest or two (a rabbi visits him every week), Mr. B makes the effort, though it would be much easier not to do so.

Mr. B is well-read on a number of subjects. Listening to him is like opening up a talking history book. He is constantly reading and learning new things and keeps a fresh stack of books handy.

Usually, our discussions center around politics and current events, but sometimes, we talk about other things, like religion. We don’t always agree, and we end up listening more than talking. We usually leave with a new story from his past— and he has many fascinating tales to share. His memory is keen and sharp, recounting stories as if they were yesterday.

“Well, I’m just so pleased you thought of me. Thank you for visiting me,” he says. Mr. B never fails to express delight when we visit, despite any unknown discomfort he may be experiencing.

One day, Mr. B was asking me about spices and Indian food, so on a future visit, I brought him a bowl of homemade kosher fried rice. He enjoyed it so much, he asked for the recipe. Now, he makes it regularly for his weekly Sabbath meal. Who knew that a Ukrainian Jewish immigrant would choose to make Indian fried rice for his Sabbath supper?

I wish I could tell you that our visits and talks made him think differently about this man called Jesus. We’ve talked about what Jewish people believe, and what his Rabbi says. One time he flat out said he’s too old to change his religion.

A couple of years ago, at Christmas time, he remarked at how pretty the trees and lights look from the outside.

I invited him over to eat a meal and to show him a Christmas tree—from the inside. He could only manage to stay an hour because he can’t be out that long.

While he was at our house, he noticed some artwork on the wall. The artwork is actually a few verses from 1 Corinthians 13, written in calligraphy and painted artistically. He wanted a closer look, so I took the picture down for him to read.

“Love is patient, love is kind… love never fails,” he read several of the verses aloud.

He wasn’t familiar with the words, yet he recognized them. “Oh, you see, that’s from the Bible, which the Jewish people wrote part of,” he said with pride, “and there are good words in there. You see, it’s talking about love.”

We found what we have in common.

4 thoughts on “What We Have in Common”