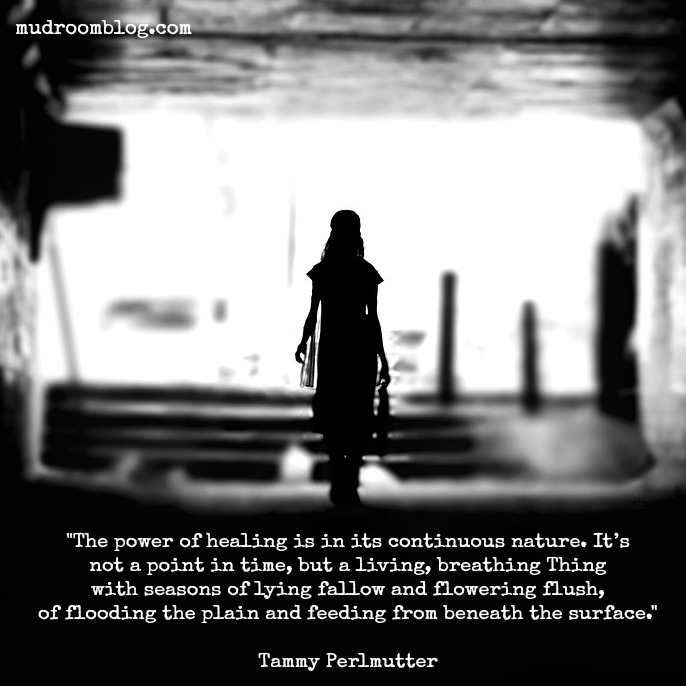 I used to lie in bed at night and pray to not wake up. I wanted to be gone, I wanted it to be gone. I struggled, prayed and did the right things. I still do the right things and put in the work, but I am still, for as long as I can remember, a woman who is attracted to other women. Call it bisexuality or same-sex attraction or fluid sexuality or an abomination or a natural affection, it doesn’t change the fact that it is unwanted.

I never wanted to be this way. I had enough problems already. Born to an alcoholic mother, abandoned by my father before I was born, placed in foster care at 4 to spend the rest of my childhood in homes that never felt like my own. I was already set apart in the loneliest of ways.

But it’s all I’ve ever known. I would fantasize about my mom coming to rescue me, taking me home and promising to never leave, loving me the way a little girl is supposed to be loved by her mother. It never happened.

To add to the avalanche of shitty circumstances, I was sexually abused by a foster father, kissed by a youth pastor, experimented on by a female family member―the list goes on and on of sexual brokenness finding me and owning me.

The fantasies of my mom morphed into fantasies of any woman coming to rescue me, and since much of the affection I received was overly sexualized, these fantasies became sexually charged, too.

Feeling loved, accepted, approved of, and wanted by a woman became the defining pursuit of my life. Since I was abandoned by a woman who didn’t value me or cherish me, in my mind, the only way I would have worth or value was to be loved by a woman. My troubled heart translated friendship into sex, fueled by intense jealousy.

Amid all this confusion and shame was a deep-seated self-hatred that completely blinded me. I saw nothing in myself worth pursuing. It magnified the worth I placed on other people, especially other girls. I worshipped these peers who were beautiful and loved. I wanted to be with them. I wanted to be them, consume their best traits, I wanted them to worship me in return, and the closest I could get to being them was to engage in a physical relationship with them.

I believed this particular struggle was the worst one you could possibly have. The constant crushes on my girl friends, the fear of exposure and rejection, the aching need for connection that was never quite fulfilled brought me to a place where I felt like I had no hope and I sunk into a heavy depression. The shame surrounding this temptation forced me into isolation and despair and loneliness so deep and dark it made me want to kill myself.

I felt cursed and punished by God like I was tainted from conception and at one point was convinced that Satan owned me and God was not powerful enough to get me back. I wanted to be a “good Christian girl,” but felt like that would never be me, unless God healed and delivered me. I prayed after I flirted with friends, I prayed after spending the night with a girl, I prayed as I pined away from unrequited love. I prayed alone in bed when the crushing weight of my brokenness could only be alleviated by a blade across my skin.

I begged for healing, but there was no deliverance.  There was no miraculous removal of these desires from my heart and body. There was only me, wanting to love God with the entirety of my being, even if it meant refusing to act on my feelings, denying myself and putting on Christ every minute of the day. There was only me, burrowing into God’s heart and begging him to be enough for me, to fill the cavernous emptiness inside me, to comfort me with his love so completely that I wouldn’t settle for a love that feels good but draws me further from his heart with every flutter in my stomach, every furtive kiss, every secret touch.

When I was 19, homeless and hopeless, I was faced with the choice to pursue God or pursue a woman I was in a relationship with. I had an opportunity to move to Chicago to serve in a ministry I could make my home, where I could be discipled and known. God spoke to me, telling me my sexuality was expressed out of brokenness, loss, and grief. I knew, even in the darkest, dirtiest corner of my heart, that if I acted on my desires, I would be choosing to live from my fear, my deficit, my huge, gaping mother-wound.

I made a deal with God. I told him I would go. I promised that I would stop living a double life and be painfully honest about what I was wrestling with, that I would answer any question with absolute truth. I also told him that if He didn’t meet me in Chicago I would never go back to him. I kept my end and he did too. I was taught the transforming energy of transparency and confession, the desperate need for accountability, and the expulsive power of a new affection.

A few years ago a woman I knew was writing a piece about faith and homosexuality, and I offered her my story. She let me down easy, telling me that she wasn’t in the market for any “ex-gay” stories. I wish ex-gay referred to me. I wish I could be summed up that easily. But nobody can be reduced to so few syllables.

For myself, I don’t find it helpful to allow myself to identify as gay. My sexuality does not define my identity. It’s a small part of it but not enough for me to choose to identify by it. I am so many other things than same-sex attracted. I identify more accurately as a sci-fi geek girl than a girl-who-likes-girls.

I prefer women in a larger sense, but I prefer my husband in the most important sense. Nobody told me I would be healed if I married a man. I didn’t think that I would become heterosexual if I married. We both knew what I struggled with before we married. I chose him. I chose to live a life of monogamous heterosexuality because it was best for me. I’m not bisexual. I’m not attracted to men, I’m attracted to one man. I don’t know how to explain it apart from God’s grace and his plan for my continued healing. Had I decided to pursue relationships with women I knew I would be in danger of constantly attempting to find my worth and validation in another woman. I am hardwired to make women into idols. That is the default mode of my brokenness.

Pursuing wholeness, for me, doesn’t look like becoming fully heterosexual. It looks like honoring God through obedience in mind and body. Putting on Christ, dwelling in him, suffering with him, and experiencing transformational change that draws me closer and deeper, as I live out and live in the God-breathed Word that saves and heals.

I love God. I want to live a whole life. I may not be able to choose being same-sex attracted, but I can choose what I do with it. Nobody chose it for me. I chose a life of drawing near to God as best I could every day. I chose to say no to myself in a hundred different ways, not just when I wanted to hook up with the cute girl I just met, or look up that high school crush that almost was. The other hundred ways I say no to myself are the ones that might not be as flashy and dramatic, but they matter just as much, if not more.

I’m 44 years old. I’ve been married to a man I love for almost 20 years. I have a beautiful daughter who I smother with love and attention so she knows, in her deepest places, that she is loved, valued, wanted, and cherished. I am still attracted to women, I still feel the pull sometimes, I still struggle with crushes and fantasies. But it doesn’t control me anymore. I am not overpowered by it. I am not without hope. Even though it doesn’t look or feel the way I want it to, my prayers have been heard and answered, and God’s promises of faithfulness and a future have defined my life and identity more than my attractions.

I no longer daydream about being rescued by my mother or a lover or a friend, I am already rescued by Jesus who loves me like a father and a mother. When I left my first foster home, the mom put a little prayer card in my hand. It had that classic image of a child leaning into God’s hand with the verse from Isaiah: “Behold, I will not forget you, I have engraved you on the palms of my hands.” I can still picture it. I still lean into that truth.

It’s taken years of counseling, group therapy, prayer, hard choices, vulnerability, excruciating confessions, and brutal honesty. It’s taken a strong community-now-family, good friends and a great husband, but I am more convinced every day that I am delighted in, rejoiced over, comforted, forgiven, and deeply, truly loved.

Healing has a different meaning now. I always assumed that its significance was only in its past tense, but I’ve learned the power of healing is in its ongoing nature. It’s not a point in time, but a living, breathing Thing with seasons of lying fallow and flowering flush, of flooding the plain and feeding from beneath the surface. Deliverance has also shown me a new facet of its many sides. I was so obsessed with being delivered from same-sex attraction that I forgot that I was being delivered to something, or rather, Someone. And that was the more needful thing.

The Center for Faith, Sexuality, and Gender

Hole in My Heart Ministries with Laurie Krieg

Washed and Waiting: Reflections on Christian Faithfulness and Homosexuality by Wesley Hill

Spiritual Friendship: Finding Love in the Church as a Celibate Gay Christian by Wesley Hill

The Heart of Female Same-Sex Attraction by Janelle Hallman

Sexual Sanity for Women: Healing from Sexual and Emotional Brokenness by Ellen Dykas

No Stones: Women Redeemed from Sexual Addiction by Marnie Ferree

A Christian Woman’s Guide to Breaking Free from Pornography: It’s Not Just a Guy’s Problem by Shelley Hitz

Gay Girl, Good God: The Story of Who I Was, and Who God Has Always Been