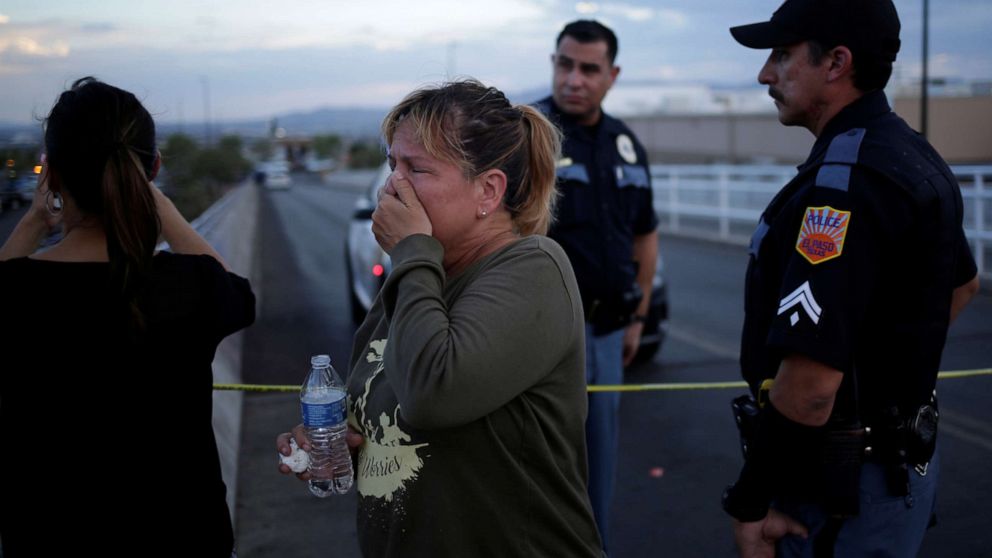 I knew I was supposed to be mad. My head told me that I should be grieving. But it didn’t feel real. My twitter feed once again testified to mass shootings.

As I read more of the details and was able to piece together the details of the two different shootings that happened on Saturday, I knew that I should be angry about the rampant gun violence in our country. We had spent the day before at the National Mall and seen the women bravely marching in their Mom’s Demand Action shirts. I had mentioned how thankful I am for their tireless pursuit of sensible gun laws. But the death tolls from Saturday did not break my heart.

The motivation of the El Paso shooter was clear. He left a manifesto outlining is white nationalist motivations. His words parroted the President’s racist words. Intellectually, I knew I should be grieving the evils of white supremacy. My head kept telling my heart to cry, to weep to show emotion for the blatant racism that led to a man shooting and killing 19 Hispanic people in a Wal-Mart.

I sent out a couple of obligatory tweets. I liked a few articles, but I gave myself a pass because I was tired of being angry. Lamenting, writing, and shouting about the evils of white supremacy had left me feeling empty. I was tired of shouting into the dark void that this is not supposed to be this way.

I recognized the privilege of choosing not to cry. For too many of my friends of color, the evils of white supremacy is not a topic they can choose to ignore. The next traffic stop that ends in shooting could very well be them. But even the understanding of my privilege didn’t move me to cry.

The next day, safely home in Georgia, I sat in my room, making excuses for my lack of empathy. I was tired. These two shootings were the 200th mass shooting this year. The El Paso shooting was the hundredth example of racism. That it’s not that I don’t care, but my body is weary of caring.

I effectively convinced myself that I was okay. Not feeling was a type of self-care.

My little girl interrupted my thoughts. She jumped on my bed, still dressed in her pajamas with her sandy brown hair covering half her face. She held up her bear and said, “Are you ready to make cookies?”

I pushed my funk aside, and we ran downstairs, pulled out the recipe, and began to set ingredients aside. My daughter excitedly repeated every single ingredient that I pulled out. As she measured out the flour, she laughed at the mess it made on the floor.

When I told her she could use the butter knife to cut the butter into slabs, she grinned at her newfound level of independence. She showed me how pushing down the brown sugar felt, and we both giggled as we packed the brown sugar into the measuring cup.

Turning on the mixer was an adventure. My daughter flipped the switched to the highest level, and sugar flew up, catching us both in the face. As we poured the eggs in, one by one, she commented on how they mixed into the batter, noticing each stage. Then as she scooped in the flour mixture, she excitedly said, “Look, mommy, it makes a mess!”

The final stage was chocolate chips, she tried to sneak some into her mouth, but the chocolate on her lips and fingers gave away her cunning plan.

When we finished the batter, she seriously scooped the cookies into balls. Making sure each ball of dough was the size she wanted – careful, not to make the mistake of having equal shaped cookies.

I put the tray into the oven, and she sat in front as the timer counted down nine minutes, watching the two dozen balls of dough become cookies.

Making cookies—like everything in her life—was an adventure. Turning ingredients into cookies was a miracle. When her daddy came home that night, she explained every step of the process. Then very seriously asked, “Do you want me to teach you how to make cookies? I’m very good at it.”

Not feeling was a type of self-care.

She understood what I so often forget; every step of creating is good, and what we create is good. Our ability to create is an imprint of God’s image. And just like our creations are good, so are God’s.

My daughter’s delight in her creation is a shadow of God’s joy in his creation. God created us in his image and even when we pervert that image with sin and evil, we cannot erase the truth that God made us, and he delights in his creation.

As she laid down for her nap, I curled up on the couch and wept. Remembering that God made us good permitted me to weep over how we had perverted that goodness. And as my tears drenched my couch cushions, God reminded me that evil was not winning. God was redeeming his creation. That his kingdom would come. I could lay my weariness at his feet because he had already defeated evil.

The news of the shootings had jaded me, not because I didn’t believe the massacres were evil, but because I had started to forget that evil is not the norm.

Mass shootings have become normalized in our society. The number of victims of gun violence is astounding, but mass shootings are not the end of our story. Our story ends with a wedding, where God wipes away every tear. I can weep and mourn for the victims because I know there will be an end to the evil of mass shootings.

As the flood gates opened and I wept openly, I prayed for God to create a world, where every child can live freely without worry.

I did not have any idea what to expect. END_OF_DOCUMENT_TOKEN_TO_BE_REPLACED 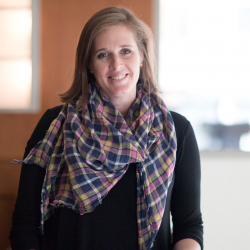 Invocation to the Night I Drowned