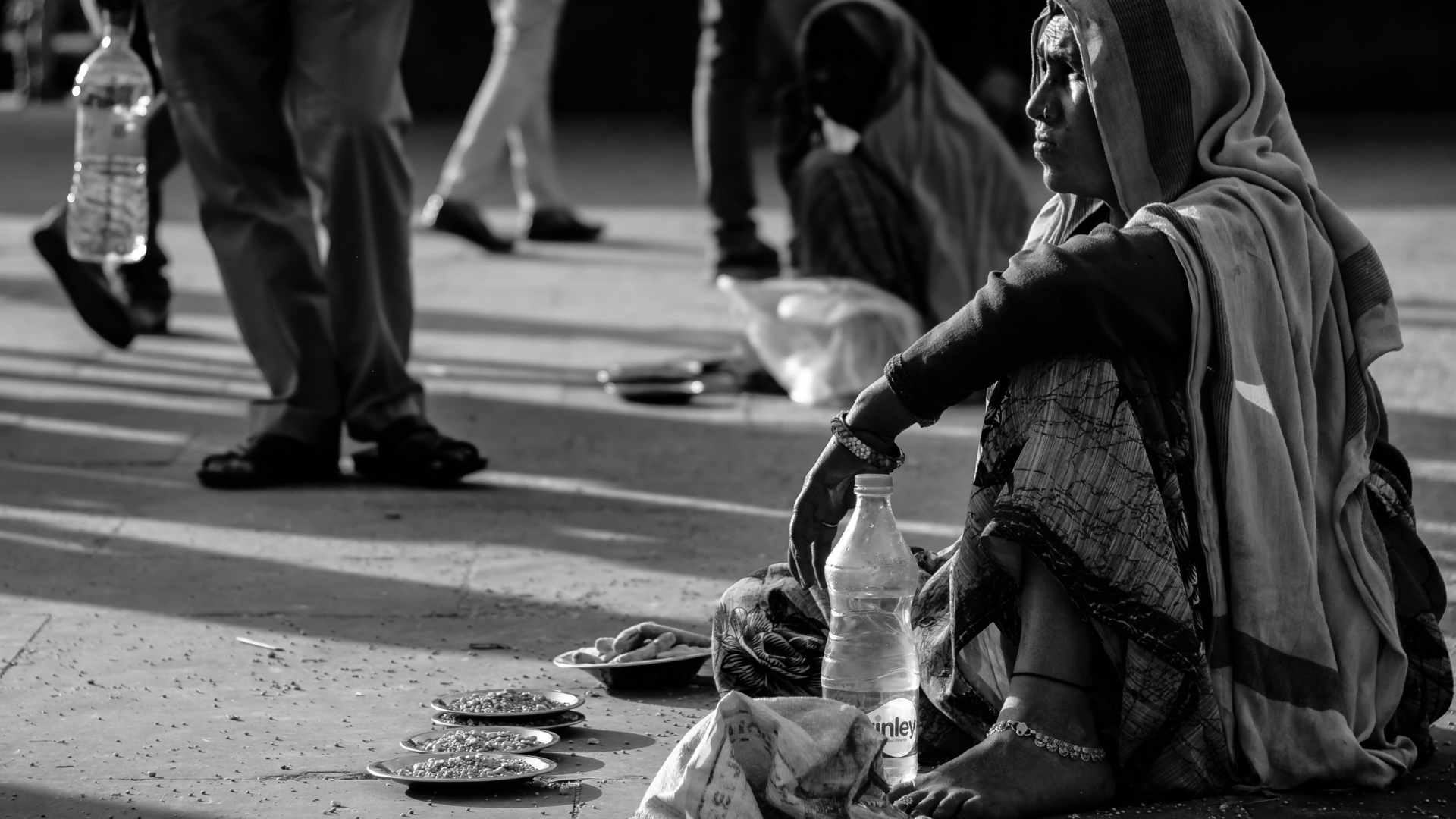 The very credentials these people are waving around as something special, I’m tearing up and throwing out with the trash—along with everything else I used to take credit for. And why? Because of Christ. Yes, all the things I once thought were so important are gone from my life. Compared to the high privilege of knowing Christ Jesus as my Master, firsthand, everything I once thought I had going for me is insignificant—dog dung. I’ve dumped it all in the trash so that I could embrace Christ and be embraced by him. I didn’t want some petty, inferior brand of righteousness that comes from keeping a list of rules when I could get the robust kind that comes from trusting Christ—God’s righteousness.
– Philippians 3:7-9, The Message

I was following all the formulas I knew and heard nothing, saw nothing. Why not? I was doing everything I’d been taught; and how much I had been taught, indeed.

If someone else thought they had a reason to boast, I certainly had more. A student of religion, I had the degree on the wall to prove it. I had all those hours in seminary and years as a spiritual writer to show off. Shelves and shelves of books on theology and prayer proved how much I should have known. I had years of ministry under my belt. We’d left everything we knew behind in the United States and moved 8000 miles away because we’d heard God say, go. In regards to the law, I was obedient. As for zeal, serving the church. As for righteousness based on the law, faultless. ¹

Coming of age in the Protestant church, I was encouraged to dive deeply into studying Scripture and its application in my life. I expected to meet God in the pages of the Bible, but couldn’t see anything more than words anymore.

As an adult I had become a student of the more contemplative paths of other traditions, learning about the Ignatian Examen, Lectio Divina, and Centering Prayer. Now, none of these prayers was yielding comfort; only resounding silence.

Staring into the face of my spiritual director through the tiny dot of a camera on my laptop, I talked about the yawning abyss I felt I was facing. We were leaving Bangladesh in a few months and I had no idea what the future held. I was buried under anxiety and only wanted to feel the peace that passes understanding that Jesus promises.

My background had hardwired me to think pleasing God had to do with my performance. The concept of just living in the love of God, trusting I couldn’t do anything to lose it, was taking some major unlearning and relearning. “As the day rolls on and I regrettably slip back into trying to earn Your favor, forgive me I pray, and gently remind me that I am the child and You are the Father, and it is Your kingdom I desire—not mine,” wrote Brennan Manning. I knew it in my head—that I was God’s beloved. Getting that lesson to my heart was proving to be more difficult. I tried everything I knew to try to experience God in this place of unknown…Silence. Darkness.

That was when my spiritual director asked me if I had ever heard of the Ignatian practice of Imaginative Prayer. I thought it meant imagining biblical scenes like I was a character in them. It seemed like another mental exercise in studying Scripture—and not a prayerful one. She asked if I was willing to explore Imaginative Prayer with her during our time together. I said okay, not expecting much.

She explained it as not just placing myself inside the story, but as letting the Holy Spirit guide me to wherever God wanted to take me, using the story as a starting point. She read the story of Blind Bartimaeus from the gospel of Mark. In this brief encounter with Jesus, a blind man begging on the roadside calls out to Jesus to have pity on him. Those with Jesus urge him to ignore the man but he calls out to Bartimaeus and asks him what he wants.

She asked me to engage my senses as I listened to the story, to let the story enter me. What do you smell? What does the air feel like? What do you see around you?

The second time she read, she asked me where I was in relation to Jesus. Are you in the story or observing? Do you talk to him? What does Jesus do or say?

“I didn’t think Jesus would show up right here in the middle of my own street,” I whispered. “Right here with me.” She smiled a knowing smile, reminding me of all I still needed to unlearn, and answered with a sigh, “Oh Nicole, where else would he be?”

After some time in silence, she gently asked if I wanted to share what I had experienced. I realized I had been holding my breath, afraid to exhale and lose the feeling of being utterly present with God inside the story. When I spoke, it felt like inviting her into the most intimate places of my heart that Jesus had just laid open.

I told her I had seen Jesus and his disciples surrounded by a large crowd—but not in the streets of first-century Israel as I would have expected. I saw them on the street we lived on in a crowded megacity in Bangladesh. I saw Jesus walking down the same cracked sidewalks I navigated daily, surrounded by a throng of people that always covered the dirty streets.

In my mind’s eye, the picture emerged clearly. It wasn’t as if I was constructing it in my imagination but watching a movie. I saw every detail of my own street. The trash collected in piles, carried by the monsoon rains to rest in the cracks and crevices of the sidewalks. The mixture of smells bombarded my senses: frying garlic and ginger, trash, and damp earth.

I saw myself as Bartimaeus, sitting by the roadside begging. I wore the face of the woman who thrust her open hand toward me while howling, Allah, Allah. I was the blind man who I saw every day walking between the swerving rickshaws, singing and hoping his voice would rise above the noise to get the attention of somebody—anybody.

I couldn’t understand how Jesus could possibly hear me over the racket—the shouts, honks, dogs barking, bicycle bells ringing. But somehow he did and called to me. He walked over and knelt down before me. He peered deeply into my unseeing eyes.

He asked what no one ever asked me before. He asked me what I wanted from him, cared enough to see my humanity, and not assume just a few coins would satisfy me. He wanted to know what he could do for me, what it was I truly needed at that moment.

She let the silence hang between us for a few moments after hearing me describe my encounter with Jesus on the street. “What did you ask Jesus for?” she finally asked.

“The same thing Bartimaeus did,” I responded. “To see. I told Jesus I wanted to see him. I felt his hand on my shoulder as he said, ‘I’m right here, right in front of you. You want to see me? Open your eyes. See.”

I realized tears were falling down her cheeks, as they were mine. We sat together wiping away the tears for what felt like a few, holy moments.

I’d read the story countless times, presumed to have some understanding. “I didn’t think Jesus would show up right here in the middle of my own street,” I whispered. “Right here with me.”

She smiled a knowing smile, reminding me of all I still needed to unlearn, and answered with a sigh, “Oh Nicole, where else would he be?”

¹ Based on “Paul’s pedigree” as stated in Philippians 3.

I did not have any idea what to expect. END_OF_DOCUMENT_TOKEN_TO_BE_REPLACED 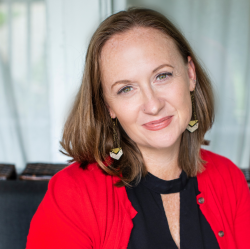 From Pauper to Beloved Child