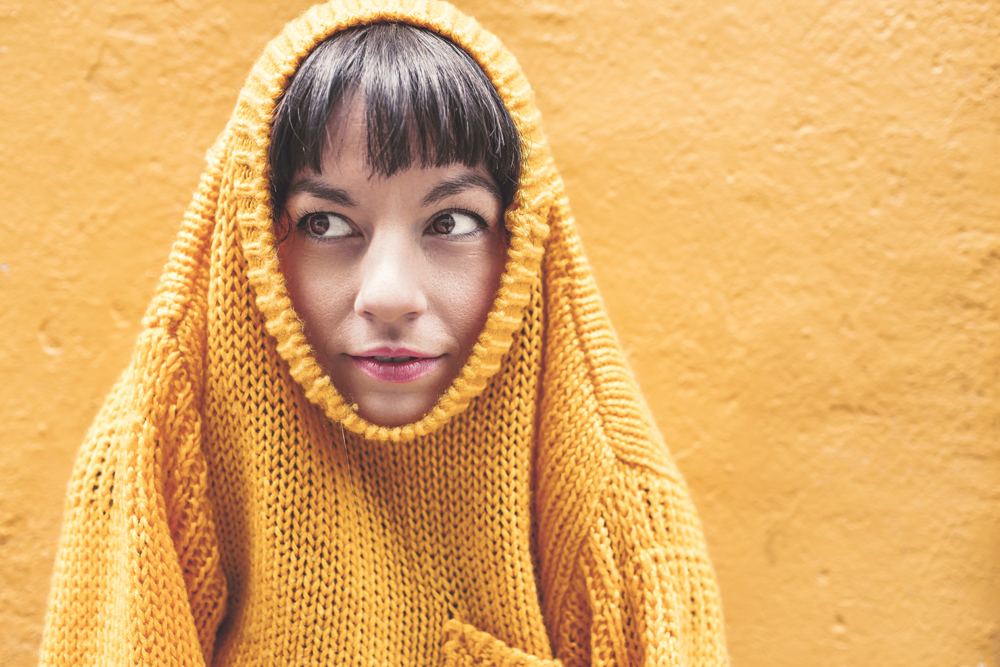 I wanna be Anne Lamott. And NOT JUST because she’s a kick-ass writer.

No: I covet her social-justice-beatnik-political leftist-protesting mojo. Lamott grew up with parents heavily invested in social justice. Her father volunteered at prisons, her mother marched in protests.

This crap comes naturally to her. JEALOUS.

When Lamott had her own kid, one of her first acts of parenting was to teach him the classic protest call and response: What do we want? PEACE! When do we want it? NOW!

I learned many valuable skills from my upper-middle-class parents, but knowing how to make hollandaise sauce in the blender doesn’t come up much at a Black Lives Matter march.

I wish social justice came as easily to me as meal planning or punctuality. I wish it were something I were not learning to do, awkwardly, with two kids in tow and a full plate of suburban mom obligations. I wish I had joined a radical commune in my twenties instead of trying to get an internship at a dot-com.

(Actually, scratch that. I’m much too uptight for communes).

For a long time, I told myself that I just didn’t know how to do social justice. I told myself I needed to wait until I knew what I was doing. I would wait until a graceful opportunity presented itself.

The problem? I live in a wealthy white town, go to a mostly wealthy white church, and mix with other homeschooling families who are, for the most part (you guessed it!) wealthy and white.

The commune and protest march are not marching and communing over to me. There is no graceful opportunity waiting in the wings.

Instead, all I have to work with is this present moment, my incompetence, and some mean eggs Benedict.

But is that really a bad thing? And do I have to let that stop me?

Back in my twenties, I thought engaging in social justice was a thing people did. Like taking dance lessons, learning to rock-climb, or doing improv. But it’s not.

It’s a practice of education, where you learn more about oppression.

It’s a practice of friendship, where you form relationships with people who have experienced oppression.

It’s a practice of listening, where you hear their stories of injustice.

It’s a practice of empathy, where you put yourself in their shoes.

And it’s a practice of action, where you form some kind of response, or, (even better), support the oppressed in their action, since they’re not Hollandaise-making novices.

It’s surely a practice of other things, too, like community, and humility, and political awareness.

When I say it’s a practice, I mean it’s a complicated work-in-progress. It’s a lot of things. And they’re all tricky.

Take the friendship part. Back in college, I realized that Black students were left out of my campus parachurch ministry through some unconscious but no less troubling biases. That grieved me. I talked about my grief with one of the staff members, who herself was African-American. She encouraged me to come to the weekly lunch Bible study she ran for Black students.

I came, and ate, and listened, week after week. But I had no idea how to form friendships. I didn’t understand the discomfort I felt as a white person. I also sensed wariness from the other students. They weren’t unkind, just not eager to befriend me.

I didn’t know what to do about any of that.

Looking back, I faced several awkward fronts. I tried to educate myself about the barriers between black and white people, but the book I found wasn’t that helpful. In the meetings, there wasn’t much of a chance to address the barriers between us, so the elephant in the room didn’t go away. But most of all, I started attending just months before I graduated. I simply didn’t have time to let actual relationships flourish.

So my first attempt to engage with social justice failed. I wish I’d known how hard it is to try to move out of a white upper-middle-class bubble. If I’d realized failing wasn’t my fault, I might not have waited more than ten years to try again.

But in hindsight, I feel lucky I tried. I took an action, and it was a step forward. Trying once made it a lot easier to try again, years later.

One failure or success isn’t really the point. The point is the complex, difficult, multilayered practice. Even if it’s awkward.

Like any kind of practice—writing, parenting, spirituality—engaging with social justice involves bumbling. The people who look like they know what they’re doing have generally a) been willing to be awkwardly uncomfortable for a while to gain their confidence, and b) have much less clarity than it appears from the outside.

They’re just doing the best they can with what they have. Like everyone.

I wish engaging with issues of social justice wasn’t awkward. I wish I didn’t have to fumble through my own incompetence, face my blind spots, and read fifteen books in order to feel barely educated about issues that challenge me.

Basically: I wish I could just sign up for the Beginner’s Social Justice Dance Jam that meets at 5 pm, Tuesdays and Thursdays, at the local Y.

But nobody offers that class. Nobody can do the work for me. There’s no way out of the discomfort other than going through it.

The honest truth is that awkwardness and fumbling is good for those, like me, who are used to a bubble of privilege. If engaging with social justice requires humility, then awkwardness is absolutely the best way to begin.

Look at His Pattern

27 thoughts on “Social Justice Is Awkward”