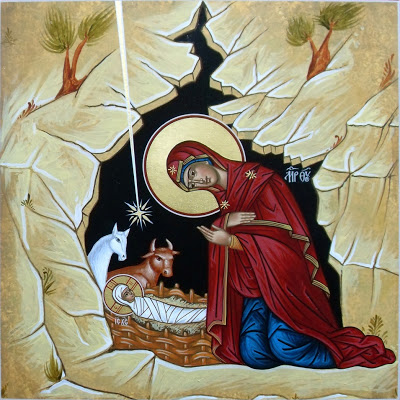 The stillness of winter settles into the land. Snow covers the fields. Birds begin to migrate south. Some days, the hush of the prairie wind is silenced completely. While other days, the wind blows continually and one can barely hear oneself think. Yet there is a solitude that comes with the dawning of these winter months; a holiness that reminds us of the birth of Jesus.

On that night in Bethlehem, Mary and Joseph found themselves in the manger waiting for this holy child to come into the world. That night there was a sanctified silence that was pierced by the cry of a newborn king who was coming to turn the world upside down. His cries awakened the world to a fulfilled promise that the angel spoke to Mary, “You will conceive in your womb and bear a son, and you will name him Jesus. He will be great and will be called the Son of the Most High, and the Lord God will give to him the throne of his ancestor David (Luke 2:30-31).”

The cries of this holy child were not just heard on the night of this birth though. They were heard again as he cried out from the hilltop on the night of his crucifixion and death; “Father, forgive them for they know not what they are doing.” And after speaking these words, there was utter silence as Jesus took his last breath; dying for the sins of all God’s children. In both his birth and his death, Jesus broke the silence with his cries; cries that awakened the world around him.

Today, in our world, there seems to be a deep need for Jesus to cry out again and awaken the world. Too many voices compete against one another. There is often only noise and no silence. We also forget that the loudest voices are not the only ones that need to be heard.  So following Jesus’ own examples, how often are we willing to break the silence? What are we willing to stand up for and speak up when the silence is deafening or the loudest voices always seem to have the last word?

Jesus came into the world to bring an everlasting peace that only he could bring. Every day we cling to that promise knowing that Jesus broke the silence with his cries for justice, mercy and peace in a broken world.

And so as we cling to the promises brought by this newborn king, we proudly proclaim and trust in the words of this well-known hymn, “Silent night, holy night, all is calm, all is bright; round yon virgin mother and child. Holy infant tender and mild, sleep in heavenly peace; Silent night, holy night, shepherds quake at his sight, glories stream from heaven afar, heavenly hosts sings alleluia! Christ the savior is born! Christ the Savior is born; Silent night holy night, son of God, love’s pure light, radiant beams from your holy face, with the dawn of redeeming grace, Jesus Lord at your birth, Jesus Lord at your birth.”

I did not have any idea what to expect. END_OF_DOCUMENT_TOKEN_TO_BE_REPLACED

Tara Ulrich
Hello! I’m Tara! I’m a single girl who desires deeply to be a wife and mom.
I am a minister of Word and service; a deacon of the Evangelical Lutheran Church in America (ELCA) serving in western ND. I serve at a church as the Director of Home and Family Ministry. Prior to this call, I served at churches in Dilworth MN and Beulah ND.
I am a farmer’s daughter, granddaughter and niece. The prairies of ND are my happy place. It is holy ground!
I also am the daughter of a woman who lives daily with a mental illness. I self-published our story into a book titled “Living as A Daughter: 31 Days of Mental Illness." You can find it here.

Bringing Down the Wonder

Whatever Darkness You Are in Right Now