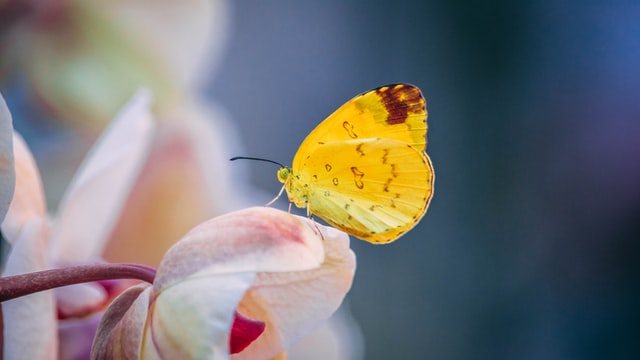 In Disney’s recent release Encanto, the concept of transformation is inverted. Our typical view of transformation is akin to our superhero origin stories. For example, Captain America is weak and scrawny, but once he is injected with a special serum, he becomes the muscle-rippling hero we all know and love. As a culture, we tend to value strength and appreciate the stories that show a change from powerlessness to power. We focus more in these superhero stories on the wise use of power more than on whether or not power is something we should even seek. In Encanto, we learn that weaker can actually be better, even necessary.

The Miracle for the Madrigals

When we meet the Madrigal family, Maribel is discussing their family origin story. In a moment of danger, a miracle (focused on a lit candle) provides protection and a home for Alma (later known as Abuela) and the community. The home is magical and interacts with the family. This isn’t the only magic either. Each of Alma’s triplets (Bruno, Pepa, and Julieta) receive a magical gift. Pepa can control the weather, Julieta can cook food that heals people, and Bruno can see the future. Their children also have their own magical powers; all of them except Maribel.

Right after we learn this information about Maribel, we see that a new member of the family is having their magical gift ceremony. In the ceremony, a magic door for the family member appears with their name over it. When the child touches the doorknob, the door lights up and everyone then learns what their new gift is. In a flashback, we learn that when Maribel touched the doorknob the magical door disappeared. This causes Abuela to be afraid of the magic leaving them and is a source of shame for Maribel.

On the night of the youngest family member’s initiation into the magical world, Maribel feels her exclusion keenly. Though she is supportive of her young cousin and rejoices with him, she cannot help but feel that she isn’t a part of the family. As she sings a song expressing her sadness, a shingle falls off the roof. She picks it up and it cuts her hand and then cracks appear everywhere leading up to the sacred spot where the candle of magic sits on a window sill.

There Is a Problem

This is a clear sign that despite Abeula’s best attempts, something is endangering the magic. Maribel is determined to find out what it is and to prove her worth to her family. The film reveals that the danger to the magic isn’t some nefarious villain or some danger from outside the village trying to expose them. The danger is actually the attempt to hold onto the appearance of strength at all costs.

To get to the root of the magic problem, Maribel is led first to her sister Luisa who has supernatural strength. She learns that Luisa, while never appearing to falter, is feeling the pressure of always having to be strong for the family. Admitting this to Maribel makes her feel better as well. Later in the movie, Maribel has a similar conversation with her sister Isabel whose gift is grace and the ability to make flowers. She too admits that she feels pressure to always be perfect when, in reality, she’d like to be a bit messy. At the end of each of these conversations, Maribel hugs her sisters.

Her sisters aren’t the only ones carrying burdens. Maribel’s uncle Bruno left the family because he felt his visions were hurting them. It turns out that he didn’t actually leave; he is actually living in the walls. He too shares his struggle with Maribel and how he only wants what is best for the family. We see he has also been secretly repairing the walls showing he has been bearing the weight of brokenness even before anyone was aware there was a problem.

Both Bruno and Luisa are often seen in the presence of animals. These animals are intentional representations. Bruno is seen with rats—animals that represent being ostracized and hidden. Luisa’s animal is a donkey, representing the beast of burden. Surprisingly, Maribel also has an animal connection, though it isn’t as obvious. Maribel’s animal is the butterfly. It is seen in her vision and in one of the final scenes with her Abuela, but it is also stitched into her shirt.

A butterfly represents transformation, but it isn’t exactly a picture of weakness to strength though. Instead, the caterpillar is markedly more hardy. The butterfly is fragile but its fragility is part of its beauty. This represents Maribel perfectly because she is able to help her family see the beauty in weakness.

Her gift is being the catalyst for healthy change   In this case the healthy change is allowing themselves to be weak and imperfect. Her gift isn’t magical but is the gift her entire family needs. Instead of bearing the burden of meeting expectations, Maribel helps her family see that the true gift is the gift of themselves. It is this revelation that brings peace and the healing of the magic to the family.

Aundi Kolber in her book Try Softer highlights that personal growth is most possible when we stop having unrealistic expectations for ourselves. She states that when people start to grasp this “it’s as if someone put a balm on their souls and gave them this message: ‘It takes as long as it takes. It’s okay to be unfinished. It’s absolutely normal to be imperfect. It doesn’t mean you’re doing anything wrong.’” This is the truth the Madrigal family needed to learn in order to heal the magic and find unity in their family, and it’s one we all need to embrace as well.

The Madrigal family was trying to carry a burden that despite their supernatural propensities was too heavy to carry. We too often labor under expectations that crush us even while appearing to be good. As Maribel affirms each of her family members by hearing their fears and demonstrating her love for them, I am reminded of the catalyst for healthy change in my life.  Jesus says, “Take my yoke upon you, and learn from me, for I am gentle and lowly in heart, and you will find rest for your souls. For my yoke is easy, and my burden is light” (Matthew 11:29-30).

Jesus’s words, like Maribel’s to her family, are a reminder that I’m not meant to handle it all myself. Transformation is possible, but it doesn’t have to look the way we imagine. Instead, we have the power that Maribel had to bring transformational hope and comfort to those around us. It is as simple as listening, hugging, and reminding each other that it’s ok to be weak.

I did not have any idea what to expect. END_OF_DOCUMENT_TOKEN_TO_BE_REPLACED