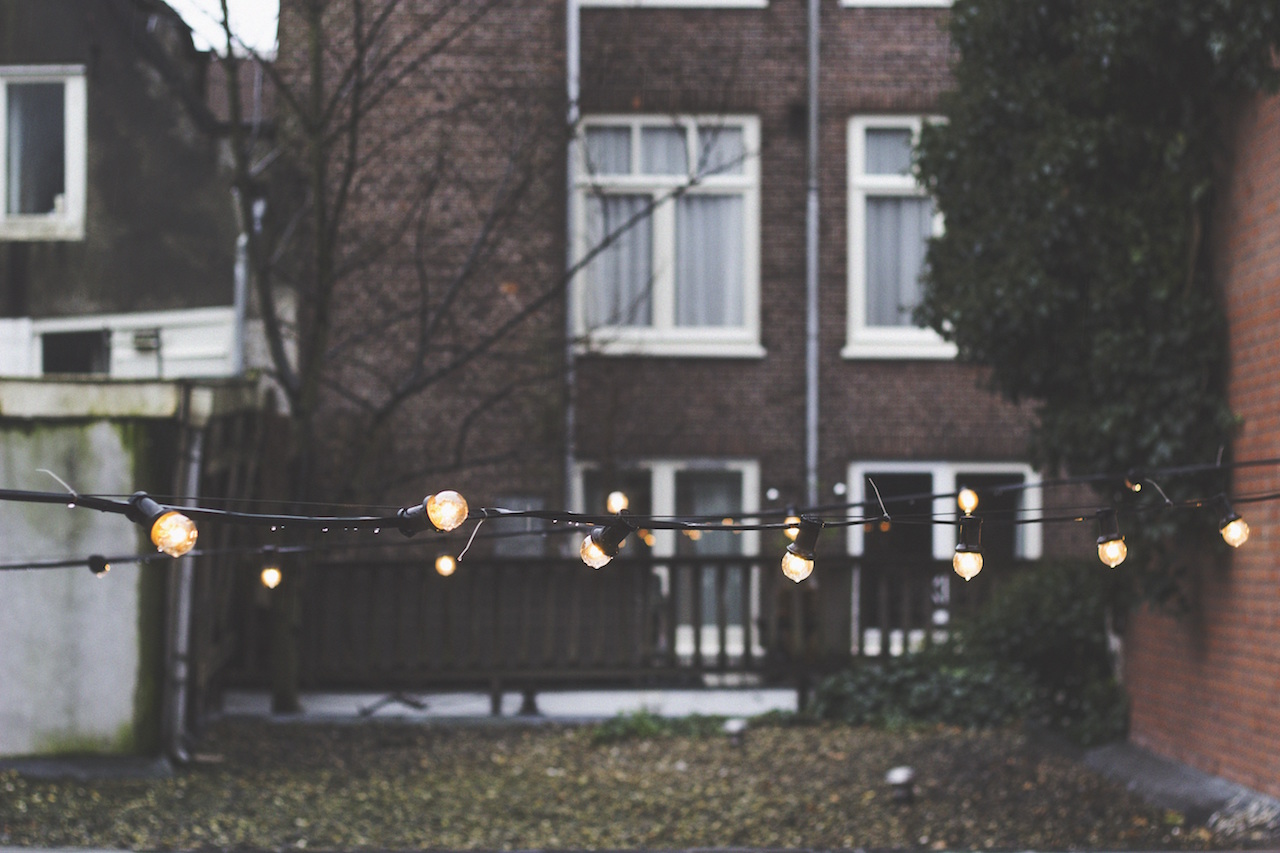 This weekend I was listening to NPR’s coverage of the Mueller Community in Austin. For those who don’t follow this series, NPR is currently featuring a series of stories related to urban living in their Cities Project.

The Mueller Community was developed as a “masterwork of smart urban design” with many of the above-listed features. The old airport closed years ago and city planners and developers designated the 700 acres close to downtown Austin as a space for a new urban neighborhood.

Mueller, like other new urban neighborhoods, was designed and built for people who want to foster meaningful community. The homes are built close together, each home with a large inviting front porch, garages oriented in the back yard, and sidewalks that beckon pedestrians. In Mueller, neighbors spend time together on their porches, use the shared green spaces to celebrate birthday parties, walk their dogs, and enjoy the amenities of the neighborhood. They have easy access to downtown. They know their neighbors. Mueller, and neighborhoods like it, are built with people (not cars) in mind.

Of course, Mueller is not the first neighborhood in the new urbanist movement. Most new urban neighborhoods have marketed themselves as sustainable, energy-efficient, diverse, walkable, mixed-use spaces with high population density and smart public transport. They offer a range of housing types (apartments, condos, single family) to encourage a diverse, vibrant market and range of affordability.

And people are buying.

Buyers in new urban neighborhoods are drawn to mental pictures of diversity, of multiracial children playing in the streets under the watchful eye of nearby adults sitting on a front porch and enjoying conversation after a long day at work. They imagine walking their dogs and stopping for an impromptu chat on the sidewalk. They see themselves walking to a park on a Saturday to relax, or biking to the nearby cafe for a morning coffee and the newspaper. It’s idyllic. They imagine a rich life, full of diverse friendships and meaningful connections.

I’m going to take a risk here and say that most of us say we want to live meaningful lives with diverse friendships, but our choices do not reflect that.

Let’s be honest. There is not a single thing new about this “new urbanism”. My 100 year old neighborhood touts all the features of new urbanist design, but to a better degree. The housing stock is better quality, more affordable, and the proximity is closer to downtown than many new urban neighborhoods. Yet there is no buzz, no media coverage, no frenzy of people buying up homes and developing the commercial corridors here.

You know why. We don’t know how to right the ship of existing urban neighborhoods, so we build new ships. It’s hard not to take it personally when developers and buyers would rather build an exact replica of my neighborhood (except use cheaper materials and craftsmanship), situate it farther from downtown, and pay three times more for said cheaper home farther away just so they don’t have to live in my neighborhood. What a bitter taste it leaves in my mouth. I cannot even imagine how some of my neighbors felt over the years as most white people moved out of the city and build whole new suburban societies that solely existed to exclude them.

I’m not mad at these new urban developments. I like sustainable, human-scaled, pedestrian neighborhoods as much as anyone in the new urbanist movement. I’m happy that people are recognizing an inherent need for community and are choosing to live in a built environment that promotes knowing one’s neighbor. But let’s call it what it is and it’s certainly not a “new” thing. Let’s call it Plan B. Because Plan A (moving into existing neighborhoods) is seen as just too hard.

We moved into the city of Milwaukee eight years ago for economic and relational reasons. When we were looking for our first home, we were living on the single salary of a full-time musician while I finished grad school. Obviously, our main determinate of a home was the price. We found a beautiful home we liked and accepted a dinner invitation from potential neighbors to hear more about the neighborhood before we committed to buy. From that dinner, we learned that many people had been moving to this neighborhood over the past 13 years to live in intentional community with each other.

We decided to buy that home, partially because the price was right and partially because we were just naive and adventurous enough to try something new. After telling people we planned to “move into the city” we received one of two responses:

1. “Wow, that’s awesome. You must feel really called to the city. But I could never do that.”
2. “You are crazy. Do you know what it’s like there?”

And as it turns out, we are neither crazy (that we know of) or dead, which is what the media may have you believe.

As we see it, it makes perfect sense for my husband (who works downtown) to enjoy a short commute on city streets rather than languishing in his car on the interstate. It makes sense for us to have an affordable, well-built home in a neighborhood that both stretches and enriches us beyond measure. We know and enjoy our neighbors. And our children are delighted with spontaneous play with neighborhood kids and invitations from empty nester neighbors to come and jump in the leaf pile in their front yard.

We sold our first home after living there for seven years and bought a boarded-up home one block away. Although this time we had the resources to buy elsewhere, we decided to purchase the boarded-up house without the naiveté we had the first time. I am thankful we had the opportunity to choose this neighborhood for a second time.

Yes, living in a diverse neighborhood has its challenges. I have looked foolish. I have said or done the wrong thing at the wrong time; I have had moments when people challenge my point of view and I don’t know what to say. I have had moments when I felt unsafe. But if I combined those moments together, they are outshone by the moments when I have enjoyed a block party, a spontaneous conversation with a neighbor, a helping hand from a neighbor with a snowblower, an 8-year-long-standing weekly dinner invitation from friends down the street, or a peaceful night on my front porch.

Of course, not everyone wants to live in an urban area. But for those of you who get excited about these new urban developments, please consider neighborhoods like mine as a viable option: we are the new urbanism. The urbanism that revives and restores, not the kind that builds from scratch and attempts to fill it so it can be considered “urban”. We have the opportunity and challenge to experience revival in these neighborhoods. We are the next new thing. We are the Insiders. We are not Plan B.

We need you, you Architects of Community, you Dreamers, you Entrepreneurs, you Artists, you Young Families, you Empty Nesters, you Change Agents. Not to be the savior of this neighborhood and neighborhoods like this, but just to be here, to live here, to bring your ideas and families here to experience the richness and diversity of living on the inside.

That is the new urbanism.

9 thoughts on “An Urban Mayberry”