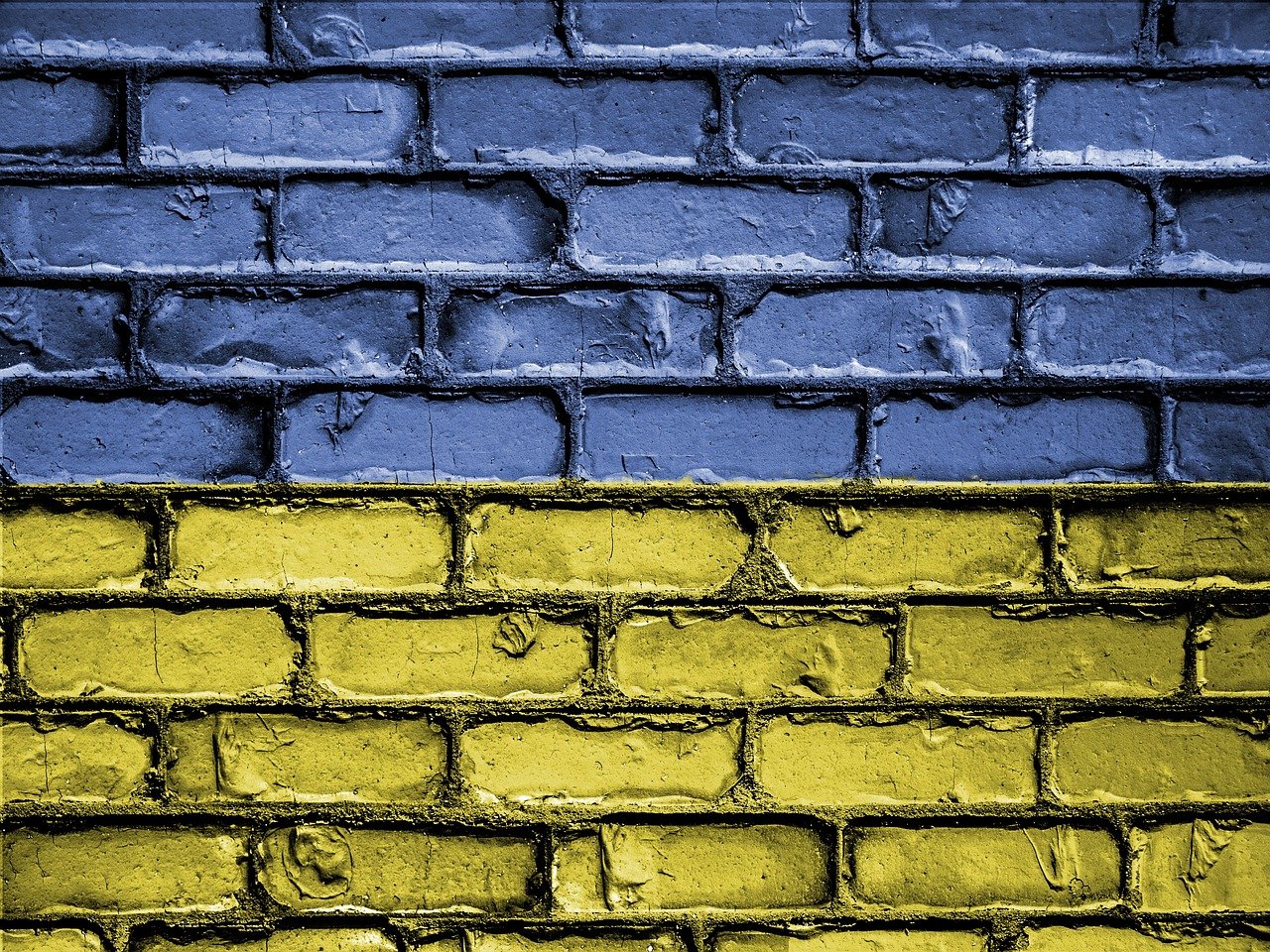 It wasn’t cued to play today.

But somehow between My Chemical Romance, Green Day, Imogen Heap,

and all the other music encroaching the playlists of parents with teens,

This fragment of life Lora gave me a lifetime ago.

I listen to The Weepies,

as the Steve Tannen from 16 years ago flawlessly defines it all now:

“I thought of you and where you’d gone
And let the world spin madly on.” 1

Under the Yalta sun,

His eyes follow cascades of soil slipping through figures.

Down. Pulled by forces never seen

in a free-fall to the ground.

This is a marriage of soil and sand: Sand, like a dowry, from the Sea of Azov

gifting its sediment to wealthy topsoil. THIS was a match meant to be, he thinks, for grapevines that will taunt gravity with their quiet creep up wooden posts he anchors to it now.

Mitry—like Solomon—knew there was a time and season for everything under heaven.2  A time to pull up roots from his Grecian home, and put down others in Ukraine.

Solomon, in his search for meaning, built houses and planted vineyards. 4

Under a Yalta sun, sand and soil birthed something new:

and eventually for me.

Me who sits on a cold Monday morning, almost 6,000 thousand miles away,

in a car my great-great grandfather Mitry couldn’t possibly comprehend,

with heated seats and music oozing through speakers.

I strain for the Weepies’ next verse, amid the Tuesday-morning chaos of ferrying Mitry’s great-great-great grandkids to various and sundry schools.

I look into their eyes as news cameras pan across chaotic scenes of families fleeing a bombed building in Kharkiv. I hear the terror in the voice of a teenage girl who maybe listens to Green Day and My Chemical Romance too. I see parents huddled with their children over Polish heating vents; homeless overnight, citizens-turned-refugees.

I think of what they’ve endured at the fulcrum of Europe,

teetering between east and west.

I hear a red-haired Ukrainian woman, her voice breaking from the tension that decades of heavy lifting brings, lament, “I can’t accept after all the wars we’ve had in the world, we are still resolving our problems by killing each other.” 5

Like two toddlers vying for the same doll. Eventually it’s torn. And it is. And they are.

Maybe, I think, she descends from Mitry, too.

Maybe, this should have been me . . . while the music in my car plays on:

“I always say goodbye
I watch the stars from my window sill
The whole world is moving
And I’m standing still.” 1

Under a Mariupol sun, my grandmother Helena, (Ya-lee -na) looks up from her secretarial work in the mining office to meet Andre’s eyes. The red-haired granddaughter of Mitry has left his vineyard in Yalta for a new city and a new life. Like Solomon in his search for meaning, she applies her mind in study at the teacher’s college. Like Solomon, she would see futility too: Of life relentlessly chasing after wind.6 It’s not the story she yearns for or wants—this life packed with pathos, plot twists, and adrenaline rushes. It’s the stuff of box offices, not reality. And yet it is. Reality.

Somehow, teetering on the fulcrum of Ukrainian soil and sand, between east and west, between the Red Army and the White, between Axis powers and Allies, she becomes the leading lady in a saga to just survive.

I wake on a Tuesday morning to headlines that announce Mariupol is under siege. There is no power or water for its citizens. “You have family there,” my dad reminds me as the Weepies’ music silently haunts my head,

Solomon saw it: oppression under the sun.

The tears of the oppressed,

the power of their oppressors.

“They have no comforter,” he anguished.

Under a Romanian sun, my grandmother meets God. 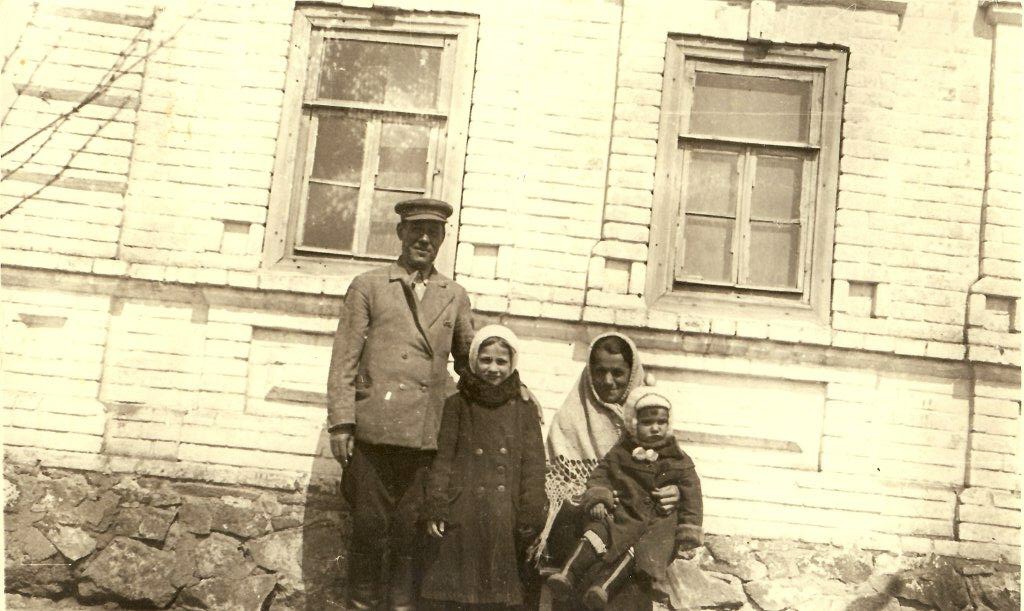 Helena marries Andre, who’d already paid for his White Army resistance to the Bolshevik Revolution with a bullet in his leg and trip to Siberia. In Mariupol they start a family, but then the (German) soldiers come. A gold watch is the next price Helena pays for my grandfather’s ransom; dangled before a Nazi guard in exchange for his release. They flee for freedom in a horse-drawn wagon, over Ukraine to war-torn Romania.

Their horses are stolen.

Their children are hungry.

They comb abandoned fields to feed their daughters.

In a small village, they are stopped once more by German soldiers, who search their refugee caravan for able-bodied Ukrainian men—capable of crippling the Nazi cause as Allied enlistees. They tear Andre from Helena and pack him in the village church with the others: A holding place for extermination. It was in this moment, clinging to Nazi soldiers for mercy, that Helena recognized it for herself:

Beyond logic or reason, Andre was spared.

A missionary-friend’s post from Czechia finds my Facebook feed. He recounts a recent prayer meeting there—Americans, Czechs, Russians, and a Ukrainian on the phone aiding refugees. Knowing their citizenship is first and foremost in heaven, they pray and petition and weep to their Father for help.

Under a German sun,

Helena is torn from Andre once more, and once more she meets God.

Their refugee journey from Romania to Poland culminates in yet another separation, in Berlin, to different Nazi work camps. Helena is pregnant, but the child inside of her is torn from her too—forcibly—by German doctors.

Then, Allied bombs fall. As raid sirens scream, she runs for cover: clutching one daughter’s hand, commanding the other to cling to her dress.

They plead for shelter in a nearby building with a basement.

“Ruse! Get out! Your place is not here!” calls the guard who turns the foreigners away. They scurry down the street and huddle under the supporting post of a bridge. The bridge is spared and so are they. But when the smoke clears, Helana’s eyes find the rubble of the building that wasn’t.

“God helped me,” she remembers, as a 1990s tape recorder captures her words. Sitting on her sofa 50 years later, under a midwestern-American sun, she didn’t forget what Solomon failed to remember.

On a Thursday morning, as Ukraine news buzzes in the background, I try to remember too—and piece the fragments of my grandmother’s life together to make sense of it all. But life, even with three quarters of a century in hindsight, doesn’t always work that way. I’m guessing she never made sense of it either.

My TV tells tales of masses, besieged, under a Ukrainian sun:

But I know too well there is more to the story. That every day in every place there are others, suffering: under Xinjiang’s sun, and Johannesburg’s, Bolivia’s, and in sunlit American streets whenever someone searches for safety and shelter, but finds slammed doors, shotguns, or calls of “Corona! Get out! Go back to China. Your place is not here!” instead.

Solomon was right. We all share the same sun, and there’s nothing new beneath it. Rhythms of oppression and deliverance will again and again play on and play out under its rays.

As I lift my eyes up to the mountains,

canopied by a Colorado sun,

the only thing I really do know is where my help comes from.

I listen to the last lines of the song that, like Solomon, leaves no answers. I weave the words with Solomon’s as a prayer to the only One who has them:

“I thought of you and where you’d gone”1

but really, You never left.

You, who makes everything beautiful in its time,

who set eternity in our human hearts,

we cannot fathom your works from beginning to end.8

So, Lord Jesus, be our very-present help in these ever-present days of trouble,

as the world spins madly on.1

I did not have any idea what to expect. END_OF_DOCUMENT_TOKEN_TO_BE_REPLACED

9 thoughts on “Under this Same Sun”