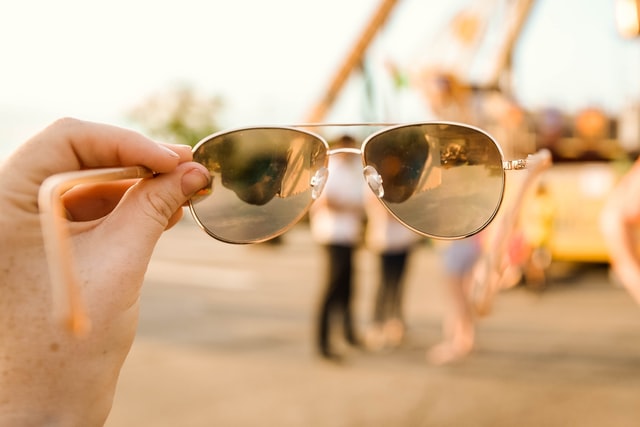 When I first became a Christian, I saw portentous signs everywhere. Unable to find a parking space? God was directing me elsewhere. Mysterious feeling when I see a person? God must want me to witness to them. A strong emotion during a song? God must have a special message for me. I saw meaning in everything. On the positive side, this gave even mundane and routine experiences a supernatural touch. I was constantly on the lookout for God. On the negative side, I felt a crushing pressure to discern God’s intentions perfectly or I would miss out, or worse, ruin God’s plans. In a world where every little decision is important, there is no room for error. As you can imagine, maintaining this level of vigilance was exhausting and unsustainable.

We Don’t Often See the Miraculous

In my college years, I had saturated myself with the stories of Christian heroes who did amazing things for God. Thousands were converted. People were rescued from trafficking and abuse. Entire communities were transformed. Their ministries were a light blazing in the darkness giving hope to the masses. But ministry over the last 20 years for my husband and me has not been like that. In many ways, ministry has been an unveiling of the weakness of humanity. Over and over again we saw people hurt others, pursue power instead of humility, and demonstrate the inability to stop making the same kinds of mistakes over and over again. We ourselves found we weren’t immune to cyclical mistakes either.

After a while, I found myself ceasing to look for meaning in anything. I sought instead just to do my best and hope that there was grace for us all because we certainly needed it. In this new mindset, nothing I do matters, which is the exact opposite of my original belief that everything I do matters. This maxim of the pointlessness of things is not as liberating as it would sound. When our actions are detached from meaning, then our lives become detached from God. As the writer of Ecclesiastes moans, everything is meaningless. So while I didn’t feel the manic urgency to see God’s hand in everything, I seemed to forget that he might be involved at all.

Neither of these two extremes is sustainable. We cannot live under the pressure of discerning God’s will in every situation. However, relinquishing the idea that God might even have a will (or at least one he’s willing to communicate) leaves us unmoored and restless. Without an overarching meaning or direction to our lives, we will be ruled by whatever passion speaks the loudest.

That is not a peaceful life and cannot be the one Jesus spoke of when he spoke of the rest he is offering us. He was one who lived in peace with discerning God’s will and seemed to know exactly what He was supposed to do at any time; however, he lived a very unexciting life for the first thirty years of his existence. And when he did start his ministry, he didn’t look frantic or rushed.

Examples for Us to Learn from

There’s no surprise that many of Jesus’s analogies about the kingdom of God were farming analogies. In these, the emphasis was on patience. There were admonitions for paying attention, but the farmer is one who invests in the future and then waits. For us, who may know little of farming, the best picture for us is that of parenting. With parenting, there are often not huge shifts of growth. Instead, we lay a foundation with our love and with our hopes. Each moment, while not always fraught with a meaning that we observe, has a meaning we can scarcely conceive. Parenting and being a believer is a long game. We work it one moment at a time. We may not be consciously aware of the miraculous, but we can have faith that the bigger picture of our offering is still something valuable.

There are other pictures of this same concept. For example, caring for our bodies. On one hand, there are many things outside of our control. Our DNA gets to make a lot of decisions for us (couldn’t I have been just 1 or 2 inches taller?). But we are entrusted to do something with what we have. We have to put the time in, laying a foundation of health and rest, but we know ultimately that we don’t have final control over things. Our bodies are a part of the process of life and death.

We are invited to live a life that is a mix of both sacred and ordinary with moments and actions being able to carry the weightiness of God’s intervention while being woven into the routines of regular life.

We don’t get to control the outcome, but we get to be a part of the process. Discernment means investing in that which brings life and hope, even if we won’t see the fruit of it any time soon. We are invited to live a life that is a mix of both sacred and ordinary with moments and actions being able to carry the weightiness of God’s intervention while being woven into the routines of regular life. I admit to myself that I lack the discernment to observe when God is truly at work around me.

The missing parking space might literally just be chance, but it might not be. I am learning to free myself from the burden of trying to figure it out without removing the hope that there is something going on. Like the farmer and the parent, I do my work, but I keep my eyes open, paying attention while I wait. Who knows what miraculous things we might observe?

I did not have any idea what to expect. END_OF_DOCUMENT_TOKEN_TO_BE_REPLACED