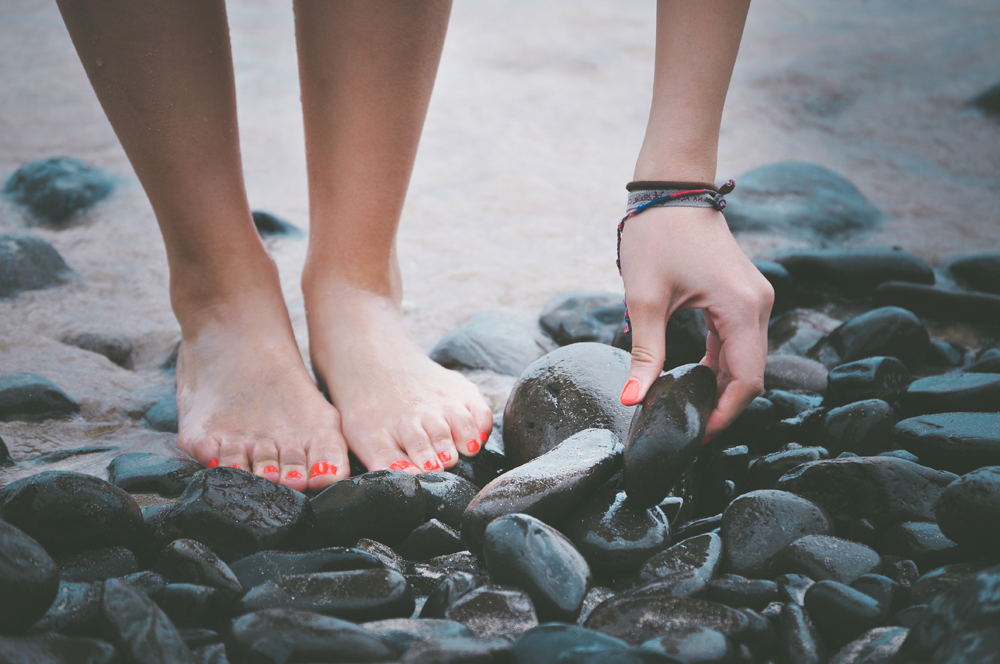 Do you ever worry you are not creating enough good memories with the people you love? I do: I wonder if my time with my kids is rich enough, or special enough. Wonder if I am intentional enough in cultivating friendships and sustaining bonds with my husband.

And yet, sometimes, I think we worry too much.

Can I tell you a story about why?

My brother Steve drove me to ballet practice once. “Once” meaning exactly one time.

I was ten; he was seventeen. Our mom couldn’t take me for some reason, so that morning, she told me Steve would pick me up from school in his little white pickup and drive the length of Tucson to drop me off at class.

I was about as shocked by this news as if she’d told me a space alien, a movie-star, or a complete stranger would drive me.

Steve and I didn’t really grow up together. When I was six, our parents sent him away to live at a children’s home for three years; he visited occasionally. When he was a junior in high school, three years later, he came back to live with us for another two years.

Why our parents sent him away is a matter of some dispute. But whether their choice was justified or not, it took an large toll on my relationship with him. The age difference, along with the long absence, made it very hard for us to know each other at all.

It was easier for me to be close to our sister, Katie—she and I had major issues, too, but we were closer in age, and both girls.

With Steve, I had less to go on.

I loved my big brother. There are pictures of him teaching me to ride my bike before he went to the children’s home, and both of us are grinning our heads off.  After he moved back, I would hover in the doorway of his room, shyly trying to see what he was doing. He would smile his lopsided grin at me, and keep going about his business.

He didn’t seem annoyed by me. But he didn’t invite me in, either. I wasn’t sure he wanted me, though, so after a while, I stopped peeking in.

My brother coped with the chaos in our home, I think, by turning inwards. Even after he moved back, he seemed absent—probably exacerbated by being a teenage boy. How would any seventeen-year-old navigate their place after being sent away?

I coped by becoming a spit-shined, Very Good Girl. I wondered how to be a Good Sister, and came up blank. What did that even mean? What did it mean to be siblings when we hardly knew each other?

Even as a kid, this thought filled me with shame and grief.

So when I found out I had to spend a good half-hour of an afternoon in the car, just him and me, I felt a little excited, but also very, very nervous. What in God’s name would we talk about? Would he be annoyed having to drive his dumb little sister across town?

Did he hate me for having a golden childhood while he got exiled?

The car ride was quiet, but not in a bad way. My brother turned up the music, smiled at me shyly. I asked about a little device on the dash that beeped occasionally—it was a police radar detector, he said. Helped him keep from getting tickets.

My eyes widened. I was quite a goody-two-shoes.

But as we drove down Campbell Avenue, I relaxed. He didn’t seem resentful to be there with me. I didn’t know what to talk to him about, but it felt good to be with him—companionable. Him driving me felt like the kind of thing that big brothers did for their sisters.

As far as I can remember, it’s the only time we spent time alone together until we had dinner just the two of us a few years ago.  It makes my heart hurt to realize that’s how few memories we have.

I kept that memory of our lone car ride like a little flat stone you collect at the edge of a shimmering body water. It wasn’t fancy or brightly colored but it fit just right in my hand. It felt precious.

I doubted he’d remember it at all.

But then, a few years ago, we got together with his girlfriend and Katie in a Mexican restaurant after not seeing each other for years. We ordered margaritas and carnitas, and talked over the buzz of the happy hour crowd, reminiscing: the children’s home, those weird two years when he moved home, and all the assorted memories we three siblings never sorted through together. We’d never had the chance.

Unprompted, Steve asked me, “Do you remember that time I drove you to ballet?”

I stared at him, nearly unable to speak.“Yes,” I whispered.

“It felt good to help my little sister,” he said.

Loss is hard. Grief is hard. If I think too much about what we lost, I want to keen and cry out. I can’t get back those years. I can’t turn our relationship into what it might have been.

And yet I feel grateful for what we did not lose. So, so incredibly grateful. I worried as a child I was not a Good Sister. But I sold both him and myself short. Both of us yearned to connect. And so we grabbed onto the moments we had together—no matter how fleeting—and treasured them.

Sometimes, as a parent, as a wife and a friend, I worry I do not do enough. I worry the memories I create are ordinary, hurried, distracted, somehow defective.

But when I think of that humdrum half-hour spent with my brother—which we both treasured as a rare gift—I see my worry is baseless.

God primes us to treasure the people we love. Even under adverse circumstances. Even despite our limitations. He sows seeds of longing in our hearts and draws us to loved ones even through extreme brokenness. It’s not to say that the process is perfect, or always reciprocated. But when it works, it’s not because we do it perfectly.

It works because the bond of love is always a gracious miracle.

Thanks be to God: you don’t have to conjure up love out of your own hard work.

It is always a gift given to you, not fancy or brightly colored, but precious because of its ordinariness. Comfortable, priceless, fitting perfectly in the palm of your hand.

I did not have any idea what to expect. END_OF_DOCUMENT_TOKEN_TO_BE_REPLACED

The Best Years of Our Lives

The Mercy of Speckled Stars

3 thoughts on “Memory and the Miracle of Love”