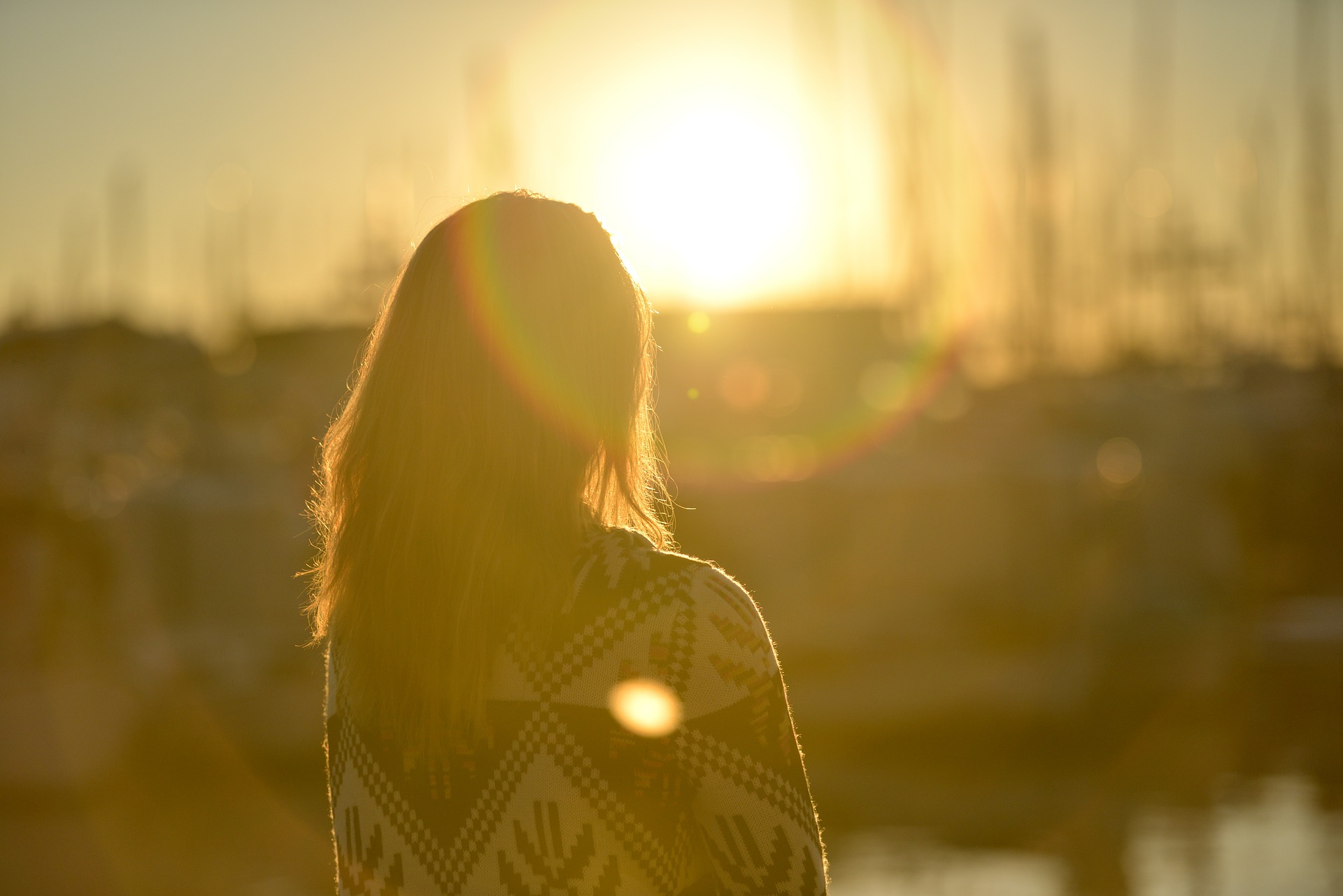 When I fail, there is a 100 percent chance I do not want to tell my husband. I want to hide. Like Eve, I scramble for leaves to cover myself.

By “fail” I don’t mean I cheat on him—well, not directly anyway. It’s more in the Matthew 5:28 way where Jesus says, “anyone who even looks at a woman with lust has already committed adultery with her in his heart.”

That’s probably the crux of the reason I do not want to tell him: Because that verse exactly applies to me. I struggle with temptation toward women while still married to a man.

I’m not bisexual. My opposite-gendered spouse is the only man toward whom I have an attraction. I am a Matt-attracted woman who experiences same-sex attractions.

I’m a Christian. I accepted Jesus at six years old at Bible Club. One reason I “prayed the prayer” at six may have been to get a toy from the treasure chest, but another reason was because I knew God was real. He was present to me then, real to me when I was in a same-sex relationship, and became even more personal when I decided same-sex sexualized relationships were not God’s best plan for my life.

In surrendering my sexuality, I exchanged what I felt I needed for what God knew I really needed. Instead of starving, I discovered the richest feast of love. I fell in love with Him—a him who is the perfect example of mother, father, sister, brother, best friend, and lover.

After several months of starting to learn how to love and be loved by Jesus, he brought me back to a relationship with Matt. I had tried dating Matt before, had liked him, but after breaking up thought, “I don’t know what that was, but it was not for me.”

Now, he was for me. God was braiding our heartstrings together. He did not tie me to all men, just Matt.

But here I am, eight years into a heterosexual marriage, and the draw toward women persists.

The world would tell me, “Well, that’s because it’s who you are. Come out. Be free!” But I know those tempting little sentences are not true because the freest freedom comes in service and obedience to the King (Rom. 6:22).

Instead of arguing with you, dear reader, over theology or even the liberty that comes with servitude to Jesus, I’d like to set that aside for a moment to talk to the woman whose heart is racing reading this because she struggles like I do. Or with another “unacceptable sin.”

Perhaps you feel as if prideful people, gossipers, or male porn-addicts can take their time riding the sanctification train, but not those of us (especially women) who struggle with temptations others do not understand.

So, we unacceptable sinners stay silent. And when we’re tempted, we don’t want to say anything. Especially to our spouses.

I wish I could tell you, “Share with someone in your women’s group or talk to your husband, and it will all be okay!” I can’t promise that. Some people are not yet equipped to receive our raw selves.

But some are. Like maybe that one godly, exhortative friend who is coming to mind. Or that counselor you stopped seeing because you started lying to her. Or your husband.

I am fortunate that Matt knew of my struggle before we dated. In that first “coming out” conversation he did a super Jesus-like move when he said, “I don’t see you any differently, Laurie.” He still believes that.

I simply have the emotional memory of a goldfish when that jerk Shame intermingles with True Conviction and they play in the Land of Silence. There, I look at caring people in my life with the stink eye of Distrust. Including my husband. I know that I know that I know that he loves me, but I forget it when I sin. Because I don’t deserve love.

Jesus did that so well—with female sexual sinners, nonetheless. He didn’t go to the synagogue and patronizingly pat them on the head, he bent down to meet them in the dirt and in their shame (John 8, John 4:1-38). He looked them in the eye.

I have experienced such a “seeing of me” from Jesus through listening prayer, but that love is exponentially emphasized when I see it tangibly in the eye of the one I directly wronged.

And so, even though there is a 100 percent chance I do not want to share my failures with my husband, I am always 100 percent glad when I do.

I did not have any idea what to expect. END_OF_DOCUMENT_TOKEN_TO_BE_REPLACED

Laurie Krieg
Founder at Hole in My Heart Ministries
Laurie Krieg loves wasting time with Jesus, playing superheroes with her daughters, writing to understand how she feels, and running so she can eat more cookies. She does these things with her favorite person in the world (her husband Matt), with whom she co-founded Hole in my Heart Ministries. Together they speak, write, and counsel and mentor people wrestling through issues related to sexuality. .

4 thoughts on “When You Don’t Want to Tell”