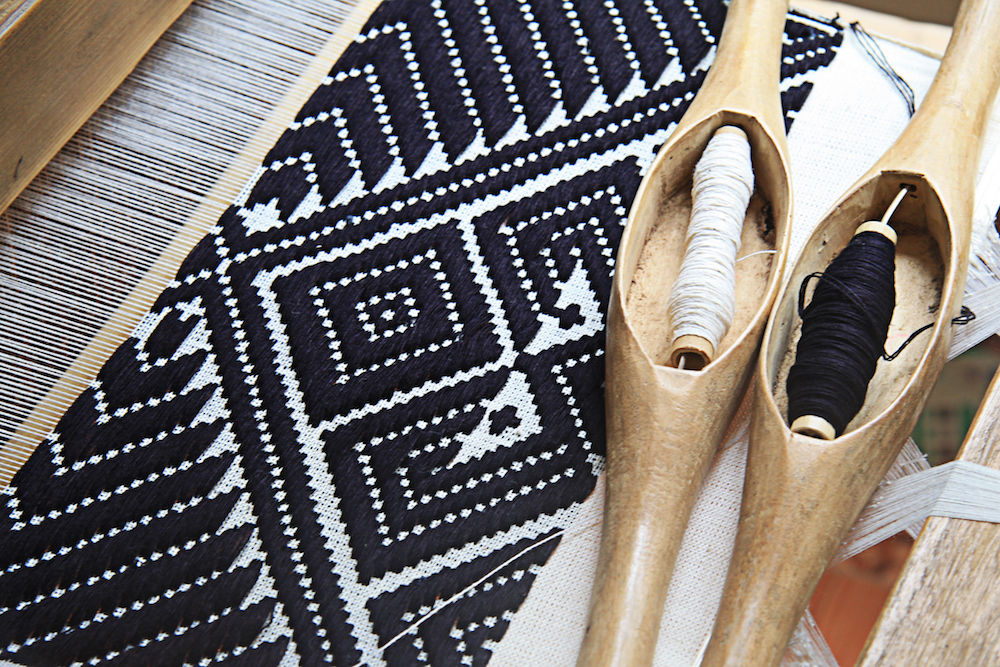 Five years ago, the fabric of my family’s life started unravelling. In September 2012, I left a full-time contract to homeschool our daughters, and, like the overachiever I was, I thought that launching our new adventure with a month-long, multi-modal traverse across Canada would be fun and educational.

Winter set in quickly and our trip was marked by hasty evasions of hurricanes, flooded roads, and freezing rain. By the time we arrived home in early November, we were worn, weary, and completely unprepared for the challenges awaiting us.

Less than a week after our homecoming, my mom was diagnosed with cancer. In need of support, she moved in with us and commenced treatment. A month later, my husband’s latest start-up hit an impasse that would ultimately result in the company’s demise.

So, we suddenly found ourselves to be a homeschooling, cancer-fighting family of five, living in a two-bedroom apartment with virtually no income.

When I most needed to find belonging in a supportive environment, I’d left myself nowhere to find it.

The threads were starting to loosen.

Emotionally, I was in tatters. I questioned my marriage and my faith in God, uncertain that either would survive the intense tugging they were being subjected to. I spent many nights on the floor of my 20-square-foot closet-turned-office crying out to God for answers. Desperately, I attempted to weave the unbound threads of our existence back together, but I was, of course, insufficient for the task.

And, although our apartment felt so cramped that we could barely breathe, I somehow felt utterly alone.

I had friends, sure, but none who were close enough to entrust with problems of this magnitude. I was so ashamed of the position we were in–so certain that it was my own ineptitude that had somehow caused the disintegration–that I could not bear to have anyone validate these fears.

You see, I had spent half my life in an exhausting bid to fit in with the crowd and the other half in a vigorous battle to push everyone away. Unfortunately, when I most needed to find belonging in a supportive environment, I’d left myself nowhere to find it.

I went to church and offered prayers of supplication, hoping that Jesus would hear me and take pity on our situation, but inwardly doubting that He really cared. Surely, I was asking too much: “Save my marriage. Save my mother. Get us back on our feet. Bring me a friend so I won’t have to walk through all of this alone.” It was an unbearably lonely and painful season, and I wasn’t convinced that we were going to make it through.

But a few months later, we began to see evidence of His work in our life: small and large answers to prayers that gradually renewed my faith and salvaged the damaged cloth.

God was at work, building up around us a family that would help us carry our burdens and walk with us on the long road back to stability.

In early 2013, about four months after we hit rock bottom, he orchestrated the arrival of a woman into my life, a woman who soon became like an older sister to me.

Our introduction was too timely, too life-changing, to have been anything less than a direct answer to prayer. We met via an email sent by a mutual acquaintance–someone I barely knew and to whom I had not spoken in months–who thought we should meet. From the first day she had us over for lunch, I felt a connection that lifted my spirit and brought me new hope.

A significantly more refined version of me (the cashmere to my cotton, say), she proved to be wise, trustworthy, and strikingly honest. She spoke God’s words into my heart and prayed over each of the challenges I was facing. One morning as I was praying through a book she’d given me, I heard the Holy Spirit whisper, “This friendship is a gift from me. Enjoy it.”

Her family provided immeasurable support to ours, and she was a lifeline that linked me back to Jesus. She wove her own beautiful thread into our cloth and is, therefore, a permanent part of our tapestry. I discovered that having someone who belonged with us meant that I, too, now belonged somewhere; my thread had also become intertwined with her family’s.

I discovered that having someone who belonged with us meant that I, too, now belonged somewhere.

A few months later, He brought several more brothers and sisters into our lives through a newly formed small group–the first that either my husband or I had ever participated in. Though we knew none of our group mates before the first meeting, the intimacy of our studies quickly led to the formation of deep and lasting friendships. Together, we celebrated special events, performed acts of service, and prayed fervently.

These new friends became pillars of support for our family. Our children looked at them as aunts, uncles, and grandparents. These were the people who came to help us when our next two babies were born, and they are the people we’ve walked with through illnesses, injuries, and losses.

Little by little, our stories–our yarns, if you will–have become interwoven with theirs. We’ve found the place where we belong just as we’ve created space for others to belong with us.

And I’ve learned that this is a good illustration of how God is at work in our lives: When we let Him weave us into His grand tapestry at just the right time, He will do beautiful things with us, placing us exactly where we belong.

With whom we belong.

I did not have any idea what to expect. END_OF_DOCUMENT_TOKEN_TO_BE_REPLACED

Sophie Elise
Sophie Elise is a writer, entrepreneur, and homeschool mom of four, passionately pursuing God's rest. She writes to encourage women to persevere in faith and deepen their trust in God. She'd love to connect with you through her website: https://mycuprunsover.ca

3 thoughts on “Belonging: Weaving Together the Simple Threads of a Beautiful Tapestry”