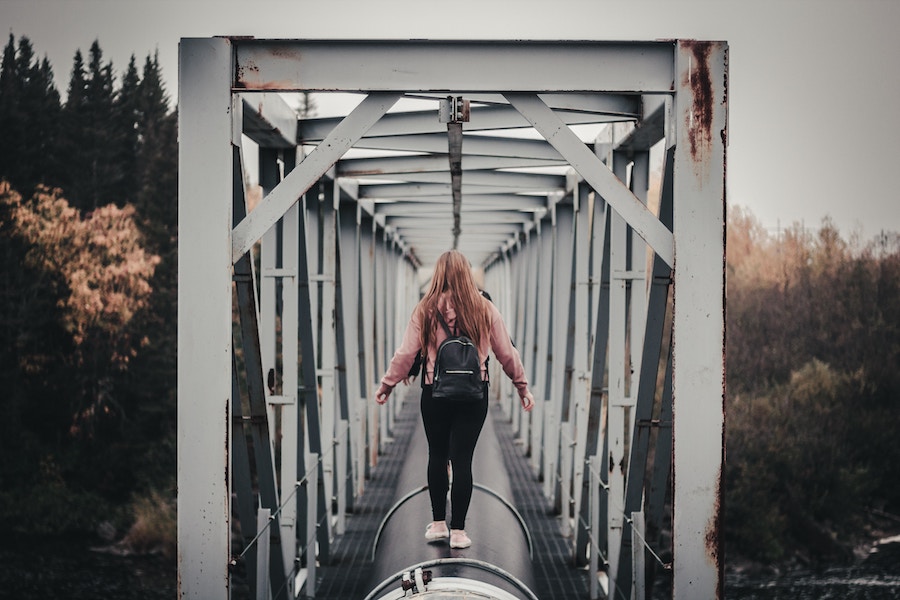 One of the main reasons I stay at my church is also one of the things I dislike most about it.

This is it: it’s a large institution.

I go to a biggish Presbyterian church. A “Presbyterian” church is literally a church governed by “presbyters”—Greek for elders, or leaders.

That’s one of the big reasons I love my church: it is democratically and representatively governed and also part of something larger than itself.

If this is sounding like your high school civics class, that’s no accident. Presbyterian forms of government inspired many founding fathers (along with, say, the Iroquois Confederacy).

I don’t think all this representative government is cool just because I’m a history buff. I think it’s actually life-saving.

Here’s why. Back when I was in high school, some really bad crap happened at my church involving a) sexual abuse in my youth group (which was not prosecuted because of a lack of evidence, like many sexual abuse cases) and b) our senior pastor, who abused his power to have sexual relationships with two women under his authority (also not prosecuted, because it wasn’t a crime).

These two abuses of power had two very different outcomes because of institutions.

The youth pastor responsible waltzed off to non-denominational churches where he is still in ministry. Many people from our church tried to warn the welcoming pastors…who chose to ignore the information. And because the pastors had pretty much complete discretion, there wasn’t much anyone could do.

The senior pastor, however, was subject to a trial within the Presbyterian church and was prevented from serving as a minister again for years.

That doesn’t mean that terrible pastors (like those at our church) can’t do tremendous harm. But if they do start harming people, they are not the ultimate authorities of the congregation.  I feel safer knowing charismatic narcissists will have some checks on their power if by some awful error our congregation installs one again.

This is one of the reasons I stay at my church rather than going off to a smaller, independent, evangelical one.

But ironically enough, what makes me feel safe at my church also causes me no end of frustration.

Sometimes large institutions feel like giant snowballs that no one can stop.

I’ve been at our church for nearly thirty years. I know (at least in my limited way) what its main weak spots are. And the thing is—in such a large church, even with my deep respect for and good relationships with leadership and staff, even with me raising my voice when I see problems, even when I serve on committees and exercise my democratic rights in our congregation, there’s only so much I can do to influence its direction.

Or only so much our pastor or staff can do.

The church is larger than any one of us. A LOT larger.

Recently, I found out about some strategic decisions our church is making that I disagree with. I think it’s a missed opportunity, a squandering of potential.

I’m serving on a committee that gives me the most real power in our congregation that I’ve ever had. If I weren’t on the committee, I would likely never find out about these strategic decisions.

And despite my disagreement and my power, there’s very little I can do about the strategery.

I felt so frustrated last night. I ranted to my husband about it.

And I laughed, too, because my frustration was about the institutional mechanisms that make any one person a little bit removed from the steering wheel. The same system I love also frustrates me.

Today, as I prayed about my frustration and sore heart, I asked to really belong to this broken system of mine. Remembered that sharing power is good, even if it makes me frustrated. Remembered that people are not obstacles to be run over. That change has to come from multiple sources. That me being frustrated is not the end of the world.

Which brings me to politics.

Right now, in our country, I have grave doubts about the direction we’re heading, and a deep heart-ache about where we’ve been in the past. Structural injustice borne out of our abuse of African slaves and Native Americans and other groups plagues us. Violence plagues us.

There is no systematic abuse of power without institutions that create collective power in the first place.

Given the scope of our human systems, it’s tempting to give up. To not serve on the committee, vote in the congregation meeting, email the pastor. It’s tempting to not call my congressman, study the voter’s guide for hours, or attend the protest.

It’s tempting to tell myself that institutions bigger than me will not be moved.

And yet when I think of Paul preaching about the body of Christ, I have to believe that this collection of rag-tag people is a feature, not a design flaw.

I have to believe that my toenail of influence matters. And that Christ is the real power behind the broken systems of this world.

Not because I believe our institutions will save us. But because in this error-prone human world, they are the only damn thing we have to work with.

Photo by Alexandre Croussette on Unsplash

I did not have any idea what to expect. END_OF_DOCUMENT_TOKEN_TO_BE_REPLACED

White Privilege Means I Can Look the Other Way. It’s Got to Stop.

5 thoughts on “Belonging to a Broken System”