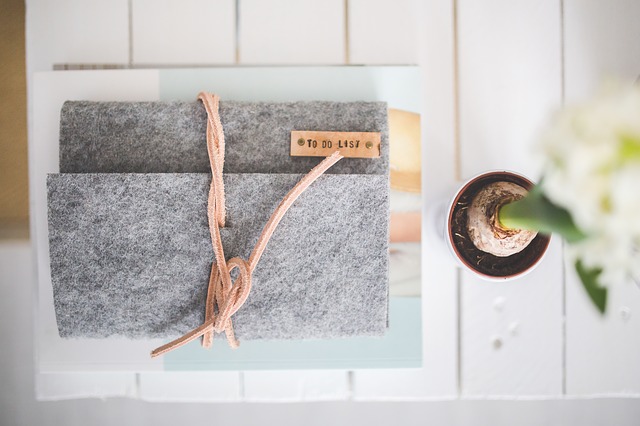 February has been brutal. I guess I knew it would be. February—that short, bone-chilling month that arrives when we’re all tired of winter.

Only this year it’s not bone-chilling. In fact, it’s rather nice! People here in Pennsylvania are jogging outside and sitting on porches as if it were April instead.

But February is tricky. I always fall short in February no matter what the weather. Maybe it’s that missing few days at the end of the month that I don’t consider when I make my list. Some years it’s the snow—today’s Facebook memory reminds me that my kids hadn’t been to school on a Monday for seven weeks straight a few years ago.

Not this year. We’ve only had one snow day, and my attitude was quite nice, thankyouverymuch.

Six months ago, I was interviewing for a new job — a dreamy job that seemed like a good fit for my experience, passions, and circumstances. But it was offered to someone else.

After moping a bit, I made plans. I decided to accept another speaking engagement and some writing assignments. I filled up February in my calendar.

Later, I was offered the dreamy job after all. And I accepted.

Now, here we are. I’ve started said dreamy job, I’m still wrapping up my old one, and we’re preparing for a cross-country move. And all of those things I put on my calendar six months ago are still there.

I thought I could power through. I knew it’d be tough to get through four trips in four weeks, but I’d make it work by working harder.

Working harder is my default. I’m a One on the Enneagram—sometimes called perfectionists, sometimes reformers. One friend I know calls us “improvers.”

And it’s true. I’m an idealist, and I want to make a difference. I want everything to be better, and I tend to think I can make it so. Things should work out because I have planned them, right? But I’m lousy at remembering that things often don’t go according to plan.

I remember Ruth Haley Barton talking about a time in her life when God gave her a “forced Sabbath.” I can’t remember what her injury or illness was, but the concept sticks with me. Just when I think I might be able to push harder and continue to “get things done,” something happens that breaks my illusion.

This year it wasn’t snow days — it was sickness.

I’ve been sick the entire month of February. It’s that time of year—viruses abound. But this year my many viruses have knocked me flat. I even canceled a weekend commitment to speak and stayed home.

It was my forced Sabbath. It was my reminder that God hasn’t appointed me to run the world and that I’m not superhuman. It was a gift of rest, of reading, and of playtime with my kids.

Learning about the Enneagram has helped me know myself more. And this knowledge helps me to be gentle with myself. When I’m stressed and frustrated that I haven’t done everything perfectly (and on time) even while sick in February, I remember that other people’s expectations of me are likely not as high as my own. And I am reminded that God’s love for me does not depend on my performance. Indeed God is the one who made me with limitations, and God does not intend that I take over for him. Though these are well-worn phrases, for Ones like me, they are worth repeating.

Ones need reminders that “everyone makes mistakes,” or, in slightly more theological words, we are all broken. Ones also need reminding that God is the one working healing—it’s not up to us to fix the world.

When Ones are healthy, they are able to set down their task lists and enjoy more of life. That’s the type of One I hope to be. My son often tells me that he likes “silly mama,” and this version is the one I prefer as well.

So today I took my kids to the ski slope. I really wanted to choose more work—more editing, more cleaning, more emails. But in the moment, I chose fun. And on this February day that feels like spring, we laughed on the lift and chased each other down the slopes. And God reminded me there that there is more to life than perfect tasks and reforming the world. There is sunshine in February on a ski slope. It was perfect.

Anna Moseley Gissing
Anna Moseley Gissing is a Southerner living in the Northeast who's on her way to the Midwest. She is a speaker, writer, editor, pastor’s wife, and mother of two school-aged kids. She defaults towards being serious and is thankful for friends who keep her laughing. Find her on Facebook, Twitter, and Instagram at @amgissing.

2 thoughts on “February, the Enneagram, and Me”