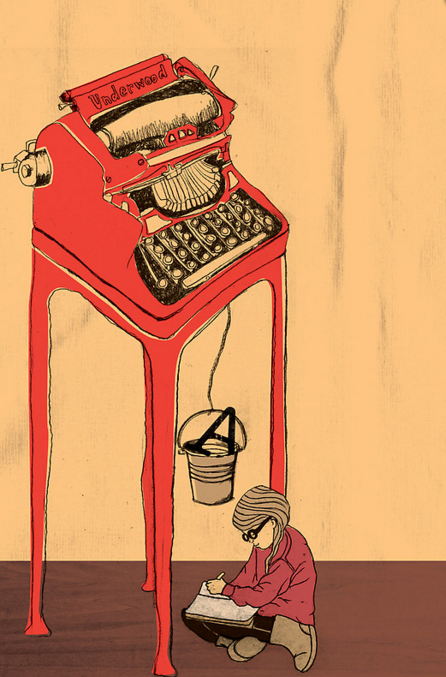 It’s interesting to me that The Mudroom’s first anniversary would fall on a month where the theme is Vocation, Career, Mission.

When I was younger I adored Nancy Drew, the Bobbsey Twins, and the legendary Harriet the Spy. I took out books from the library on the history of the FBI. I pretended I was a detective, skulking around the neighbors’ houses, peeking in their windows, watching them from the stone tower in my driveway, climbing up on our garage roof for a better view. I convinced my sister that our neighbor buried human bones in his yard (they were deer bones; back then, everyone hunted in Philadelphia).

Growing up close to the Atlantic shore fostered a deep love for the ocean and its creatures. I dragged home horseshoe crab carcasses, collected  mermaid’s purses in the jetty rocks, and created habitats for the sand crabs I caught in the tide pools.  By the time I was 12 I was torn between wanting to be an FBI agent (way before Scully’s time) and a marine biologist.

That never panned out, although I do have huge Pinterest boards full of Oceany Stuff and Cephalopods.

Before she left and I was placed in foster care, my absentee-alcoholic mother did one thing right: she taught me to read. I was 4. After that reading became home to me; safe, dependable, welcoming, while my real home was not. When I would lose my library cards or rack up a big fine, I would get a form, use a different name, and have my mom sign it. I had at least three aliases. When I was in high school I tore the magnetic strips out of the school library books and stole them. I had an impressive collection of the Folger’s Shakespeare editions.

Words took the place of criminals and crustaceans. Words became family, helped me sleep at night, gave me a reason to wake up in the morning. There were so many to read, so many to write.

I honestly did not know I would live a life of words when I grew up. It surprised me. I started in the mailroom of Cornerstone magazine and became receptionist, poetry editor, proofreader, and finally one of the senior editors. I even published a poetry chapbook. And then I quit.

There was no conflict or hostility or rancor, I didn’t lose my love of words, or becoming disenchanted with the publishing world. I was drawn into women’s ministry as a replacement for a woman in our church who was having surgery and needed two months to recover. Those two months drew gifts out of me I didn’t even know I had. I fell in love with ministry, the mentoring, discipleship, praying together, encouraging, challenging. It became second nature to me.

I found my life’s work. Writing took a back seat, then the seat was pulled out and put in the garage, and then it was just buried by the clutter for years. I kept a journal, read voraciously, held book discussions, read out loud to my friends while we played cards. A friend and I would occasionally write poems together, disjointed conversations in staccato verse.

I was introduced to blogging in 1995. It was Xanga back then. I wrote some hilarious posts from Phoenix’s perspective as a baby. Life set in, transition happened, there were new cities, new jobs, new churches. There was financial struggle and personal heartache. There was loss of loved ones, loss of community, loss of hope. For years I was empty, dark, and silent.

I returned to writing cautiously. A narrative email to a friend. A long text telling my story to a friend. A complicated Facebook message to a would-be friend about the reality of my life right then, the depression, anxiety, despair.

I created and abandoned a few blogs, trying to find my voice, my niche, my reason for being. I kept writing, kept reaching out.

People read my writing. They responded. I felt heard and understood. I felt less alone. Like I existed. The most surprising byproduct of all was that I was helping people. My story and my struggle brought light to other women’s darkness, made them feel less alone.

More and more women contacted me, asking for prayer, sharing their own stories, wanting a friend to walk alongside them in their depression, loneliness, heartbreak, and addiction. When I would become despondent or ashamed, believing I was useless and disposable, God kept reminding me, “I will use your deepest shame to bring myself the most glory.” He promised that my suffering would never be for nothing.

I thought writing was only for a season and then I would have to do the hard work of ministry. I was so wrong. God merged the two and gave me a new commission: Write for me. Write for your rescue. Write to give others a soft place to land. Bring light to the shadows, the ones in your  heart and the hearts of all the others.

9 thoughts on “Writing for Rescue”