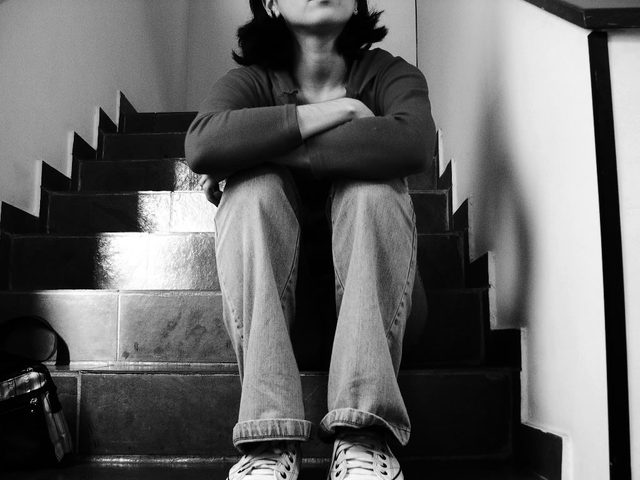 My nails were wet and half finished when I started ugly crying for seemingly no reason. The poor man who was painting them simply asked me if there was anything he could do. There wasn’t really. This wasn’t about the manicure. It was just that his chair was the first place I had sat down long enough for my feelings to catch up with me.

I had ended up in this poor man’s chair because I had a weird two hours to myself. I live too far from the school I work at to go home between the last final and the graduation ceremony. By the time I got my grade book done it was closer to dinner then lunch, so I decided to wait on the eating and instead get my nails done.

I was getting things squared away with my sister as far as babysitting was concerned. While I was in the chair I was not still. I was clumsily answering my phone until the details and my nails were squared away and all there was for me to do was sit.

So I sat, still and breathing. That was when the grief hit me. Like a child with her back to the ocean, I was knocked over by the losses I had been running from all school year. A community I loved, a church that was home, my plans for next year, my plans for the rest of my life, how I identify myself, all of it had been washed away. Instead of accepting each of these losses in turn, I had turned and run. The loss had gathered together like a powerful wave, and the minute I let myself sit down it knocked me right on my ass.

I am not a pretty crier. My face turns red before a single tear drops. My shoulders shake and I can’t help but make . . like . . . weird small animal dying noises in the back of my throat. The man looked at my tortured expression for a minute and then simply asked, “Is there anything I can do?”

There wasn’t, so he just let me cry, reminded me to take big shaky breaths and continued to paint my nails. As the drying lamp came out, I was able to breathe easier, and he massaged my palms and told me that things would be okay.

The manicurist did for me what I was unable to do for myself. He sat with my grief. He didn’t dismiss it, he didn’t tell me it was a bad time or place (even though it sort of was), he didn’t refuse it. He simply let it be, thereby letting it be with me.

I am not sure when I started running from this grief of mine. I suspect it was in September when I looked at a particularly fierce crumbling and literally said, “I don’t have time for this right now, I have this other really important project.” When that project was over came another hit, and I didn’t want people to know how sad I was over that one, so I ignored it too. They somehow formed together. Then we left the church, then I realized I wanted to change careers, but rather than mourn the fact that a job I once loved wasn’t working anymore I jumped straight into find new job mode. Who has time for thinking and feeling when you could be DOING DOING DOING!

Each loss rolled into the other and became a tidal wave of feelings I could no longer run from. I wasn’t just running because I didn’t want to feel bad. I was running because I was afraid that the grief would overtake me, that the feelings would be so overwhelming that there would be no room for anything else. But that isn’t the way feelings work (at least for me), it isn’t like a fruit salad where I can just pick out the stuff I like. Feelings are more like fruit-punch you can either take them or leave them, but you have to take all the flavors together. I was afraid that the grief would overtake the joy so I pushed it out. Instead, I pushed everything, numb and running I just kept moving.

But then I had to sit down, be still, so my nails would dry and the wave came crashing down and the feelings arrived, and after the very public, very ugly cry, the grief subsided, and the joy returned. I hadn’t been crying for months, but I hadn’t been laughing either. The tidal wave made me feel again, and I am learning to embrace the stopping and feeling, I am learning not to run. I better learn, my next nail salon may not be so forgiving.

11 thoughts on “When the Tidal Wave Hits”