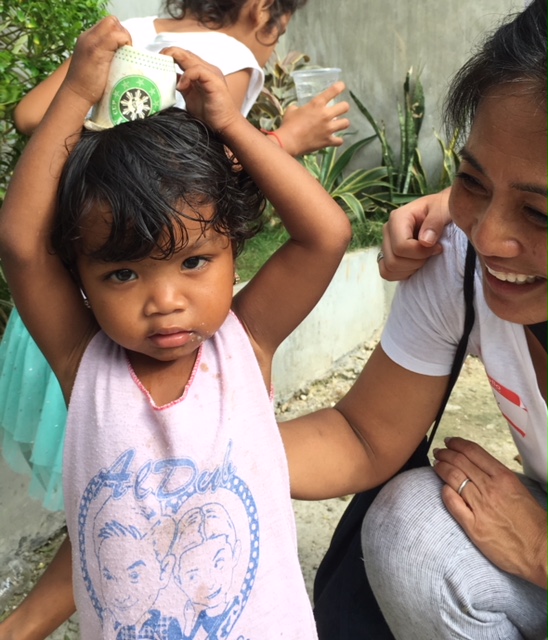 There is no division of race on the battlefield, only one line, unified. My father fought on that front line in the Philippine jungle in WWII. As a Philippine scout, he engaged in hand-to-hand combat, face to face against the enemy.

He was captured by the Japanese, along with 75,000 other Filipino and American soldiers, on the island of Luzon in the Philippines. The Japanese forced them to march sixty-five miles from Bataan to Manila in the infamous Bataan Death March.

This march is little known outside the history books, yet it is one of the pivotal points in WWII in keeping the Pacific secure from the Philippines to Australia.

My father escaped from the Death March one night in the dark, by hiding in a rice paddy for twelve hours. His body laden with malaria, he walked sixty miles on foot back to his hometown province of Tarlac. He collapsed in front of his family’s nipa hut.

There, he recovered from malaria and from the Japanese for two years until the liberation in 1945, when the US Army trucks rolled past his home in the province.  He proudly waved the paper proving he fought as a Philippine Scout. The US forces welcomed him on the truck.  He waved goodbye to his family, becoming a member of the US Army.

Because of his sacrifice, and the atrocities he endured, he became a citizen in the land of promise and opportunity.

My perception of communing at the table, my connection to music and song, my desire for the stories of my fathers, my sense of reverence and awe of an Almighty God is shaped by the nuances and rhythms of my Filipino heritage and by growing up in a diverse, multicultural military community where lines of color and heritage were not distinct.

Centuries ago Paul wrote these words to the incredibly diverse Roman church:

“May the God who gives endurance and encouragement give you the same attitude of mind toward each other as Christ Jesus had, so that with one mind and one voice you may glorify the God and Father of our Lord Jesus Christ.” Romans15:5,6

When as followers of Christ we live as a people united with one voice, focusing on the message of the gospel, our differences in race and heritage that message more beautiful. The diversity of the messengers empowers the gospel making it even more bold. We show that one man, Jesus Christ, could by his ministry and death on the cross, unite and empower all peoples with His message: God is Love.

That message is not meant to conform us into one type of people, but to embrace us as one family. God uses different cultures to sing one message. That message takes on a bigger dimension, scope and beauty when we reflect on the wonder that one man could unite all people.

In turn I hope these threads color the message I hope to live out daily, the message of the gospel:  God is Love.

1 John 3:11: For this is the message that you heard from the beginning, that we should love one another.

Last December, my entire extended family had the opportunity to live out this message in our family’s homeland, the Philippines.  Sixty of us served in a Medical and Dental Outreach clinic through Global Changers for Christ on the island of Boracay.

We served the families of the Ati village, a people outcast for the darkness of their skin.  We brought them medical and dental care, medicines, and the gospel message through balloons and stories.  We played basketball with them; we made repairs to their school. 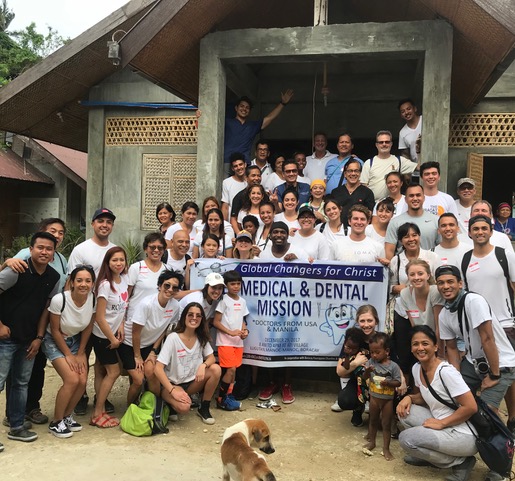 On New Year’s Eve, the children and their families waiting patiently, we spread out a traditional table before them, serving rice, fresh fish, prawns, vegetables, and as a treat, pizza.

Laughing and smiling, they ate their meal in the traditional kamay style, off banana leaves. 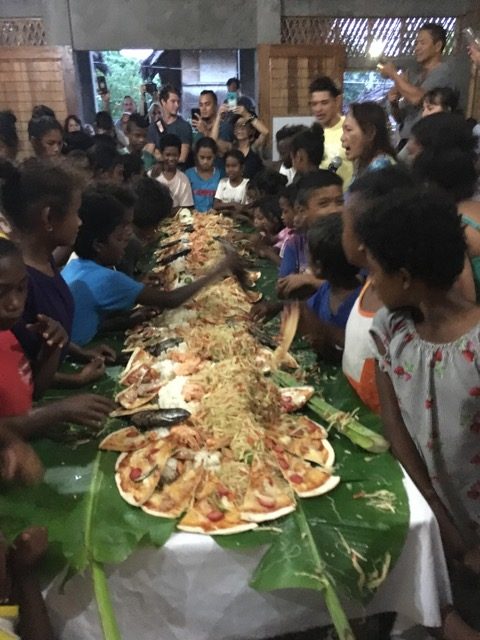 After the meal, my son turned on a playlist of American music. All of us—dark, white, brown, short, tall, rich, poor—did the cupid shuffle under sounds of rain pelleting the tin roof of the makeshift outdoor community center, welcoming in the New Year.

Love that transcends all things.

Decades ago, my father trod the soil near where our feet now dance. He fought on that soil for generations ahead of him, that they would have the life he dreamed of, the life he longed for, in a better country, a better place.

My father’s life reflects the message of the Gospel—that by Jesus’ blood, shed on the cross, we are all brought together as one family, unified in voice and purpose, no matter our race or heritage.

I did not have any idea what to expect. END_OF_DOCUMENT_TOKEN_TO_BE_REPLACED