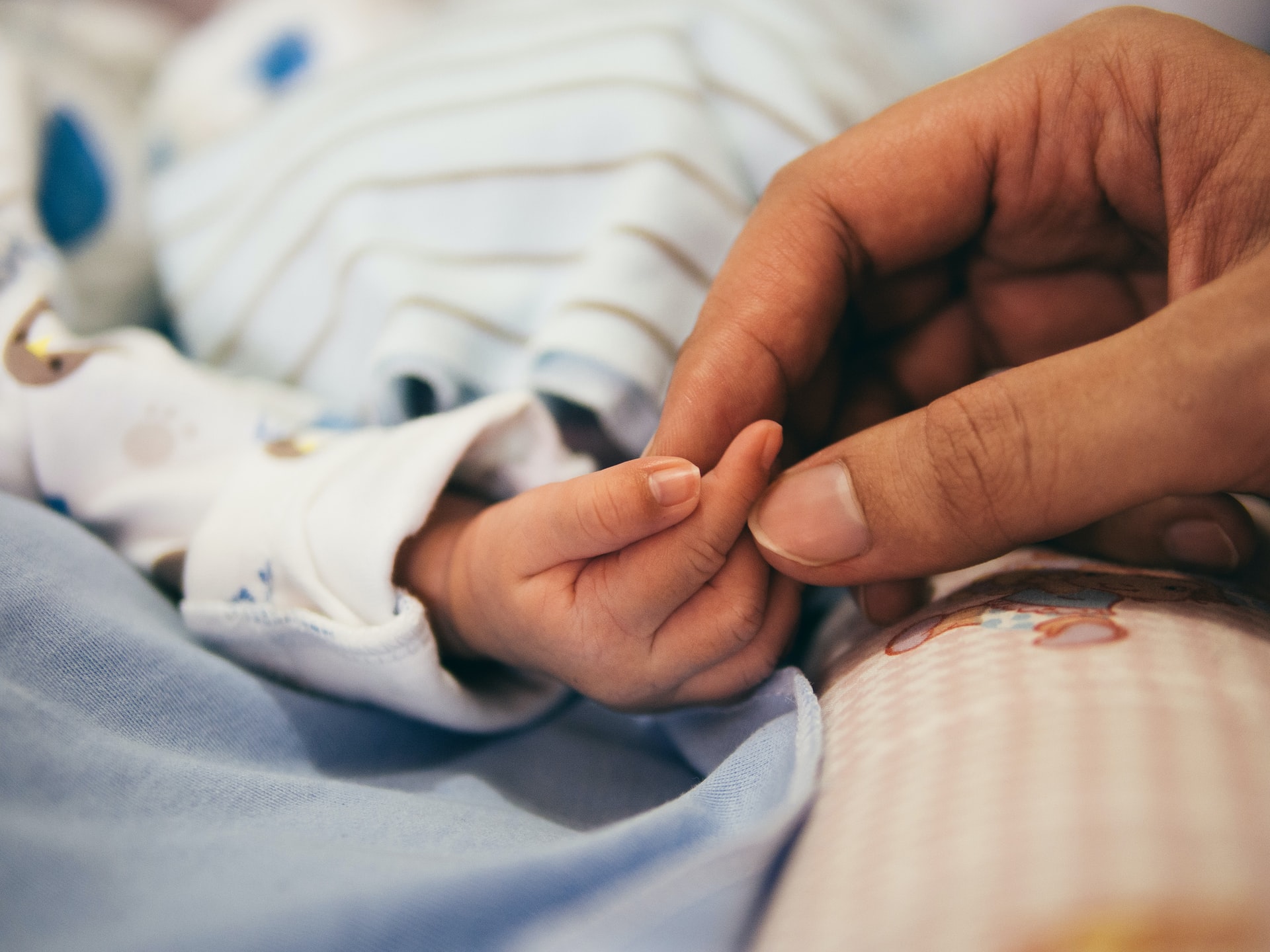 I remember the mask going over my face, and then nothing.
Darkness.

It was Christmas Eve. An epidural wasn’t going to be enough. I already had two epidurals, and I hadn’t planned on a single one, but what do they say about our best-laid plans?

I hear the words “emergency C-section” and “general anesthesia”. Many people dressed in scrubs surrounded me and shuffled around the room. As I think back, I hear the popping of gloves snapping snugly over hands, and the clink of metal.

My eyes follow the flurry of movement across the room. Sounds are muffled. “Do you have any questions?”
I could barely speak. I don’t know what to ask. Besides, I was afraid of the answers.

How, exactly, do I breathe now?

We didn’t talk about this scenario in the general childbirth class. All of the important information I eagerly soaked in seemed insignificant and superficial now: diets, vitamins, exercise, pacifiers or not, formula or not, sleep schedules, what kind of stroller to buy.

They didn’t tell me what to do in the event of an emergency c-section, or that general anesthesia was even a real possibility. It was rare. Here it was, happening to me: the rare statistic, with something like 1 in 10 births resulting in a c-section.* With 10 other people in my class, I looked around and foolishly thought, “No, that won’t be me,” because I read the books. I prepared and I knew for a fact I was NOT going to have a c-section. I was a conscientious first-time parent. That statistic belonged to someone else.

I had no choice and there was no time to explain.

None of this was supposed to be happening. I didn’t prepare for this.

I heard “emergency”, life and death, a mask was put on my face, and the world turned black.

I awaken and see my parents in the room. They had arrived in town the day before, anticipating the birth of this little one, though no one knew exactly what day that would be. Serendipitous timing.

Was it the same day? How much time had lapsed? I wasn’t sure what time it was, what day it was. They lean over and look into my face. They ask me how I feel. Ask how I am. I don’t know what to say. I speak, but not of that—you know, the unspoken thing, the reason I was put to sleep.

The big question hangs in the antiseptic air.

I don’t want to know.
I’m afraid of the answer.

They bring it up. I’m relieved, because I can’t seem to ask that question. I’m mute, and feel like my thoughts are moving through thick syrup and reality is in slow motion.

So she’s a she. The ultrasound said so and this confirms it.

They wheel me to the NICU to peek into an incubator, to see her through glass. Wires are strapped all over her. A tube is down her throat. Her eyes are squeezed shut and she has a head full of black hair.

She’s not breathing on her own. She had to be intubated. She’s connected to a machine. “We don’t know if she’ll make it on her own.”

Her Apgar score  at birth was zero. Zero. No life. No breath.

How do I breathe now?

They didn’t cover postpartum-C-section-baby-intubated-in-NICU breathing in my childbirth class.

“Too much time without oxygen,” they say. If she makes it, they don’t know what kind of life she’ll have, which is code for something sad and dreadful that I can’t name, an unthinkable thought. Nobody knows anything, except be prepared for the worst.

I’m new in town, but the few people I know pray. I try to pray, in between the fog of anesthesia and this strange new reality. I can’t think far beyond the current moment. Each moment is a struggle: the shock of surgery and pain and recovery and worrying about this little human pulled from me struggling to survive.

They tell me I have to get up and walk to heal. I walk with the pain of a new incision and an unknown future.

They give me a pumping machine. Incase. Incase she’s able to…incase she can….

How many different alternatives can my drugged brain and beat up body consider?

In 24 hours, she’s breathing on her own and trying to yank the tube out of her throat. She’s a fighter.

She acts like a normal baby. Can she nurse? Yes, she can. She proves to the doctors and nurses she can.

Fast forward to high school: she begs to join speech and debate.
(Speech? I hesitated and fought a tug of war with myself in my mind: was this a good or bad idea?)
She joins, fully in, gung-ho, and we attend multiple tournaments all across the Midwest and the U.S.
Three years go by with no advancing, with the lowest scores, and a few not-so-kind comments from judges. A few kindly suggest she needs speech therapy.
(They don’t know that we have done that and they told us there was nothing more they could do and dismissed us.)
She didn’t quit.

In her senior year of high school, “The Girl Who Was Born Dead,” as she has referred to herself, won first in a national speech tournament. She advanced to nationals in debate.
The Girl That Once Wore Leg Braces climbed a 14,000 foot mountain in Colorado on a youth hiking and backpacking trip.
The Girl with an Apgar of Zero attended college on a full scholarship.

I could never have written the above paragraph, if it were all up to me. Never would I have added debate, speech, climbing a mountain, and scholarship to the girl’s story who started life not breathing and in the NICU. I’d have been stuck longer in the valley of fear and uncertainty instead of climbing the mountain. Those moments on the summit were preceded by years of struggle and hard work in shadows and lowlands. Where I was reluctant to climb, this girl was pulling me up.

The Girl Who Was Born Dead is in medical school now and studying to be a doctor.

She taught me how not to be afraid and how to climb a mountain.

Author’s Note: This post was originally a much shorter “storytweet”, a story I once shared on Twitter in a much more abbreviated form of about 10 tweets, and is why some of the sentences are fragments and short. I edited and expanded the story and provide an update here, but left some of the sentences  brief and fragmented to keep the original intent of the “storytweet” style. And yes, this is a true story, and it is only a fraction of the whole story.
*If you want to know more, c-section rates worldwide and in the U.S. are alarmingly high and vary from country to country, and vary from state to state in the U.S. and even hospital to hospital. If you’ve had a previous c-section, a VBAC may be possible. Read books, ask questions, research, and find a provider willing to discuss the possibilities with you. I had two successful VBACs after that initial traumatic c-section, and that was almost 20 years ago. This is not medical advice–always talk to your medical provider.

10 thoughts on “The Girl Who Was Born Dead”