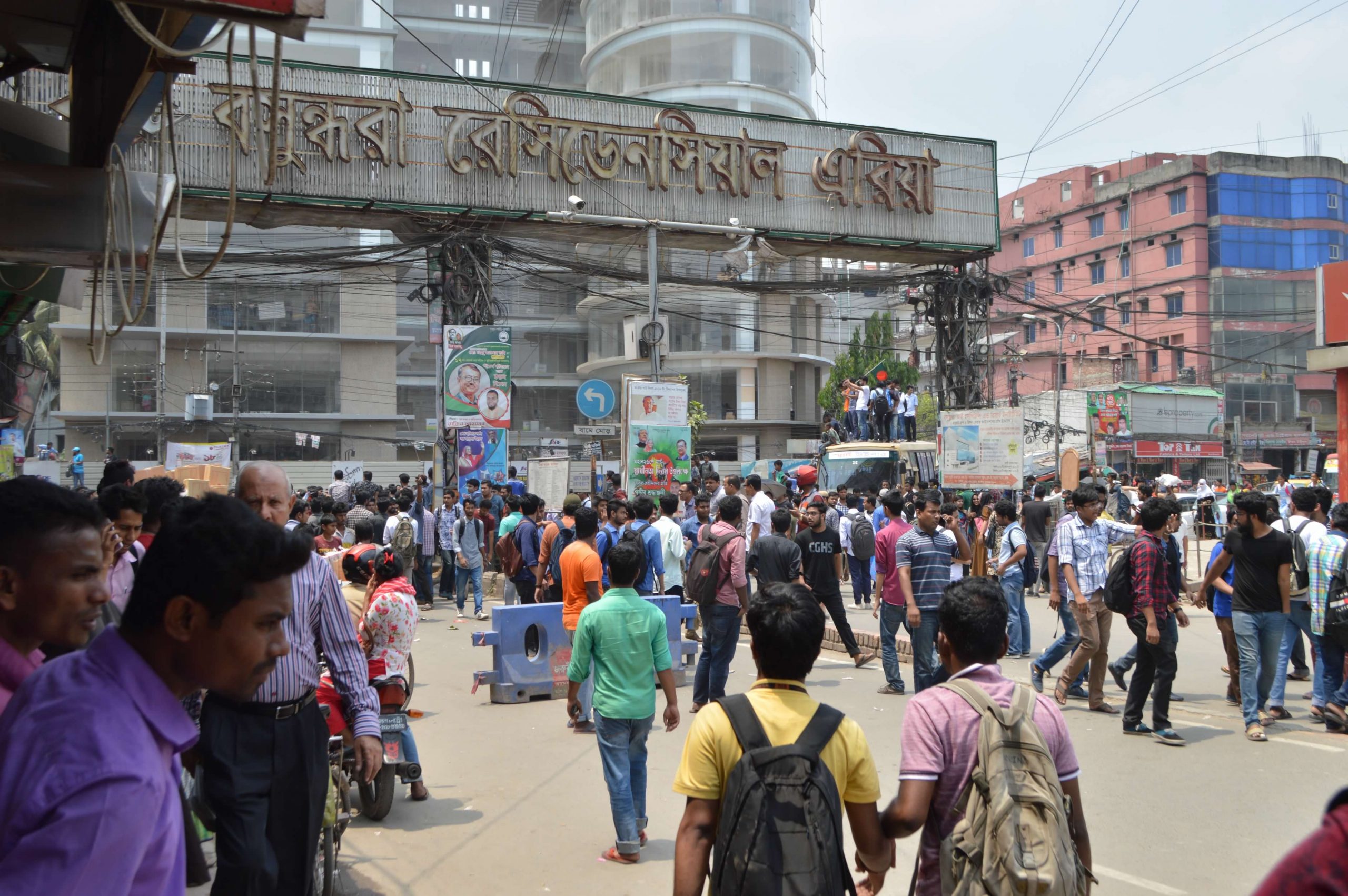 Perched on the balcony, like the Black and White Doel¹ that serenaded me from the windowsill in the spring, I watched over my little corner of the world. In the most densely populated city on earth, that one little intersection of Road Six and Safwan Road felt like a microcosm of humanity itself. 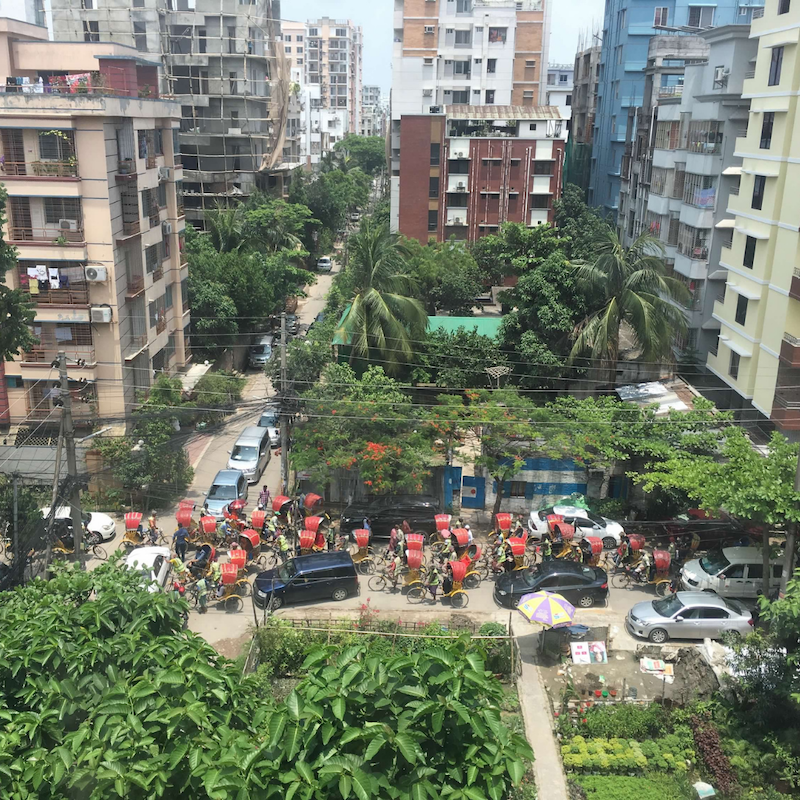 I would sit there with a steaming cup of coffee in my hand though the tropical morning humidity already made streams of sweat trickle down my back. The city had been awake for hours already—really it never slept at all. Through the night my family would be serenaded by the barking street dogs and dinging bicycle rickshaw bells. The construction trucks arrived in the early morning hours to dump more rebar and brick in the lot next to us for the ever-growing high rises.

Bangladesh, built on the delta that contains over 700 rivers, is a stunning display of God’s workmanship. Even in the concrete and brick mega-city, our flat was surrounded by green. Palms lined the streets, heavy jackfruit pulled branches down around us, and the bright red Krishnachura blooms fell to the ground like the snow the city will never experience. Humanity has complicated that beauty as more people pour into the city, away from the rising floodwaters, the ebb of jobs, and increasing poverty in the villages. When most people talk to me about the city I love, this is what they focus on. 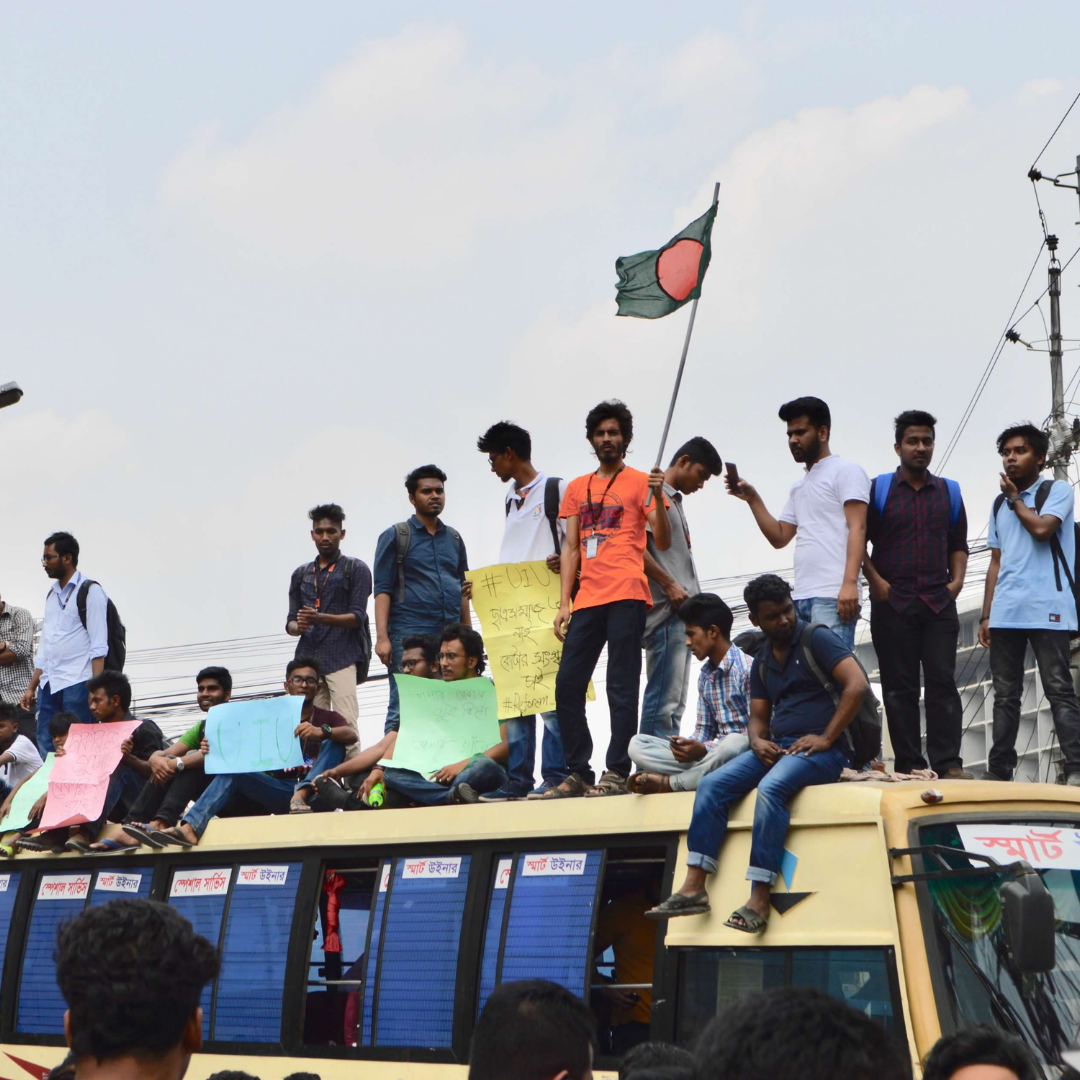 The pollution that blankets the city in the winter and causes pounding headaches, the trash that lines the streets, and the steady protests that clog traffic makes Dhaka a less than desirable location for most. When we moved back to the U.S. I heard it everywhere: “Aren’t you so glad to be out of that place? It must have been so hard. I would never want to go there.” Every time someone says something like this, I can feel tears of defensiveness sting my eyes. In my mind, I still go back there often to that intersection. My heart swells with love for the beauty I found there, amidst the mess. Because of the mess. Because of the people.

That coffee in hand, for a few quiet moments I would watch the people, so many of them. The chatter of Bangla rising from the street never stopped as people called for rickshaws, yelled at friends heading to the University, or kids ran off to the English primary school down the street—its walls painted brightly with cartoon characters.

From where I stood I could peer directly into the nursery below, as early morning shoppers chose from orange marigolds and buckets of pink bougainvilleas to take home and grow on their balconies. Depending on the season I could see the children inside the small slum-house across from the nursery chasing chickens or running past the cow tied outside the gate. The day workers cleared their throats as they ascended the pile of red dust made from smashed bricks that they would add to the concrete mixer. 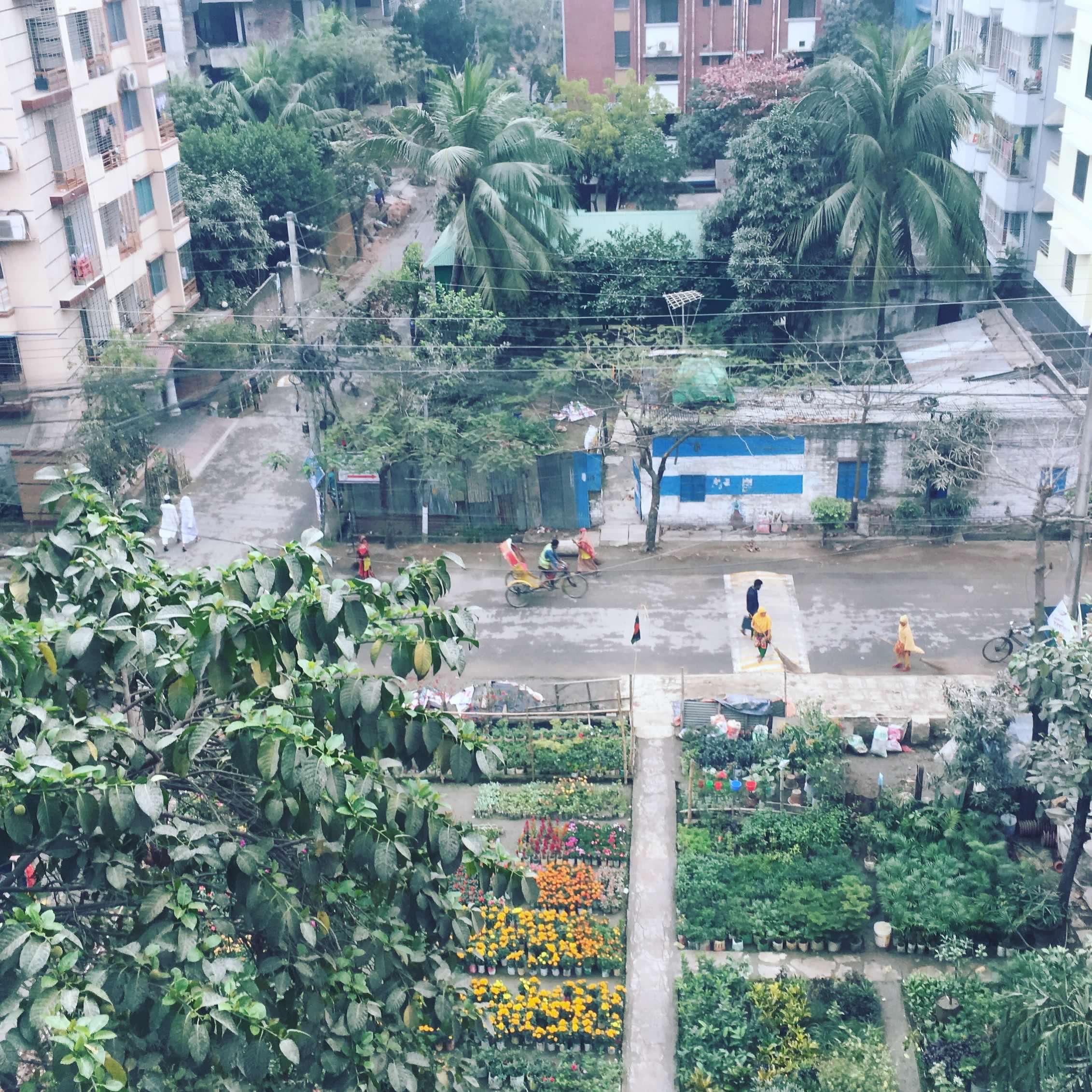 I would smile and wave at the nuns, their white shoes shuffling down the cracked street as they walked to the Christian counseling center next to the school. I wanted to smile at the men on their way home from morning prayers at the mosque but their white Topi-clad² heads never looked up at me, hurrying on into the day. The Ayah³ in the villa next to us would meet my gaze, though, as she pulled tight sheets over the rooftop clotheslines. I wondered what she saw when she looked at me. We were some of the only white faces visible in this part of town, far from the richer, diplomatic area in which a lot of foreigners chose to live. She would nod as she returned to her work.

As the heat closed in around me, I would leave the sounds of the city behind and return to the work awaiting me. Soon I would head down to the non-profit office just a couple floors below to write out stories about these people I loved. I would weed through reports from our village schools and news from our teams in the Rohingya refugee camps in the south of the country. I would stumble through accounts of other people’s lives, trying to figure out how to communicate to donors just how important their support was to the education and economic development of people they would never meet. I would pray that I could somehow honor the stories of people, let their own voices come through my words. 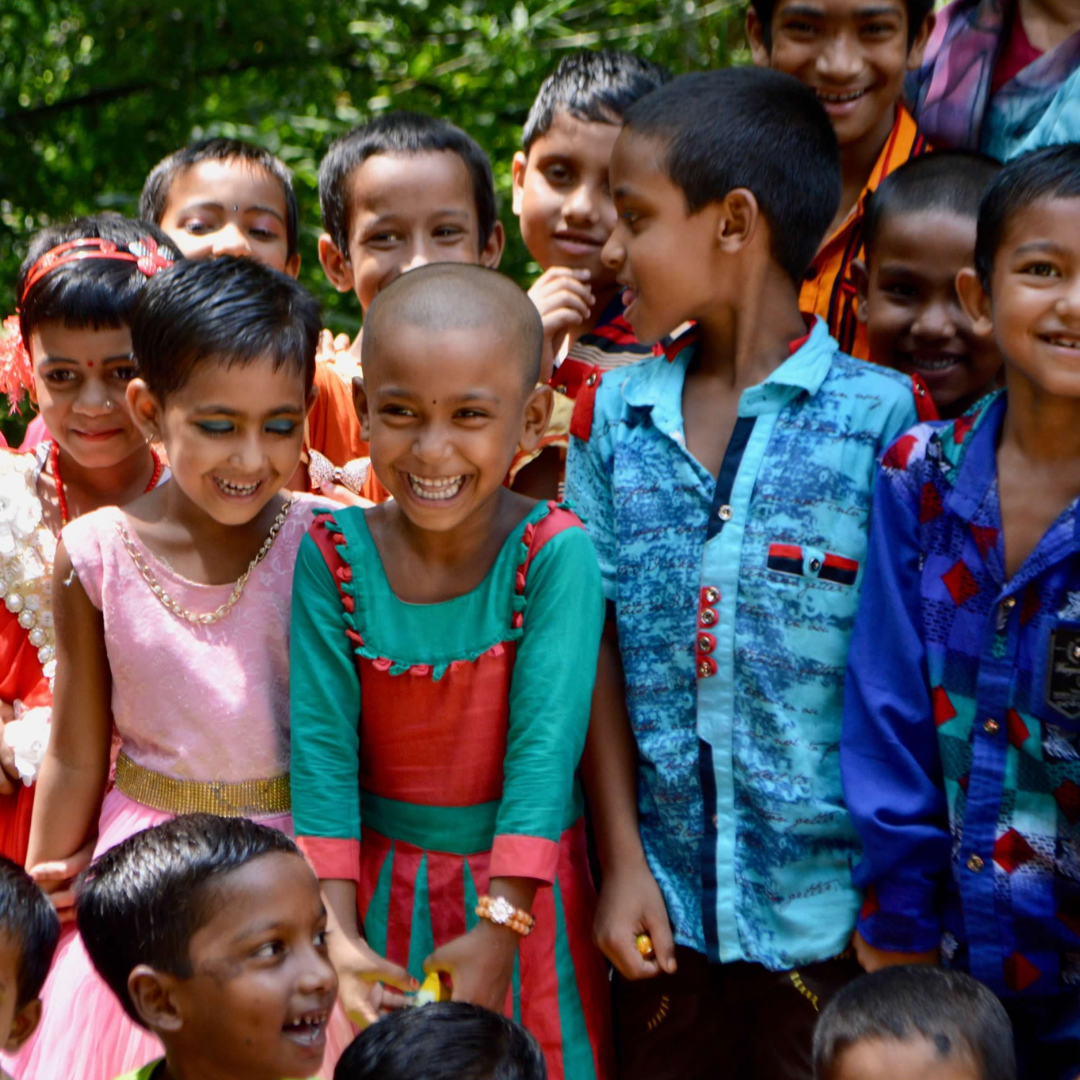 Today, I sit here two years after our return to the U.S. and twenty years to the day from the moment I felt God telling me to turn to love when so many around me were learning to hate. The day after the attacks of September 11, 2001 as I sat in an Arabic college class among my Middle Eastern classmates weeping that their religion had been turned into a weapon of terror, my heart shattered. It has been breaking ever since for the divisions we invent out of fear—the blinders we erect that keep us from seeing the glorious richness of what others have to offer us.

“Sin is the rejection of the beauty and goodness of God’s image in every person,” says historian and author Diane Butler Bass. This rejection has allowed us to do horrible things to one another. It has turned us against one another—not just Muslim against Christian, but American against American, progressive against conservative, church member against church member, family member against family member. It has given us what we feel like is permission to call ugly what God calls beautiful. It has given us permission to stop seeing the image of God right there inside someone else’s eyes.

“As humans, we fear the strange, distrust the unknown, and shield ourselves from the unfamiliar. And yet the Greek word for hospitality used in the Bible, philoxenos, literally means ‘love (philos) of strangers (xenos).’ Our generous God calls us to a bizarre hospitality that doesn’t just invite friends and family to our tables but compels us to love even strangers,” says Leslie Verner in her book Invited. “Love usurps fear in kingdom living. Or it should.”

When I heard God’s voice on that day twenty years ago asking me to love those who were rejected and oppressed, who felt unloved and unwanted, I said, “yes.” I told God I would go wherever God asked me to go and do my best to love others. I’ve said “no” many times since then, too. I’ve often not gone where God asked me to go—around the world or across the street. I have spent two decades stumbling, falling, and failing. But I will never stop asking God to help my awkward and feeble attempts to love, to make some sort of difference at least to one person. 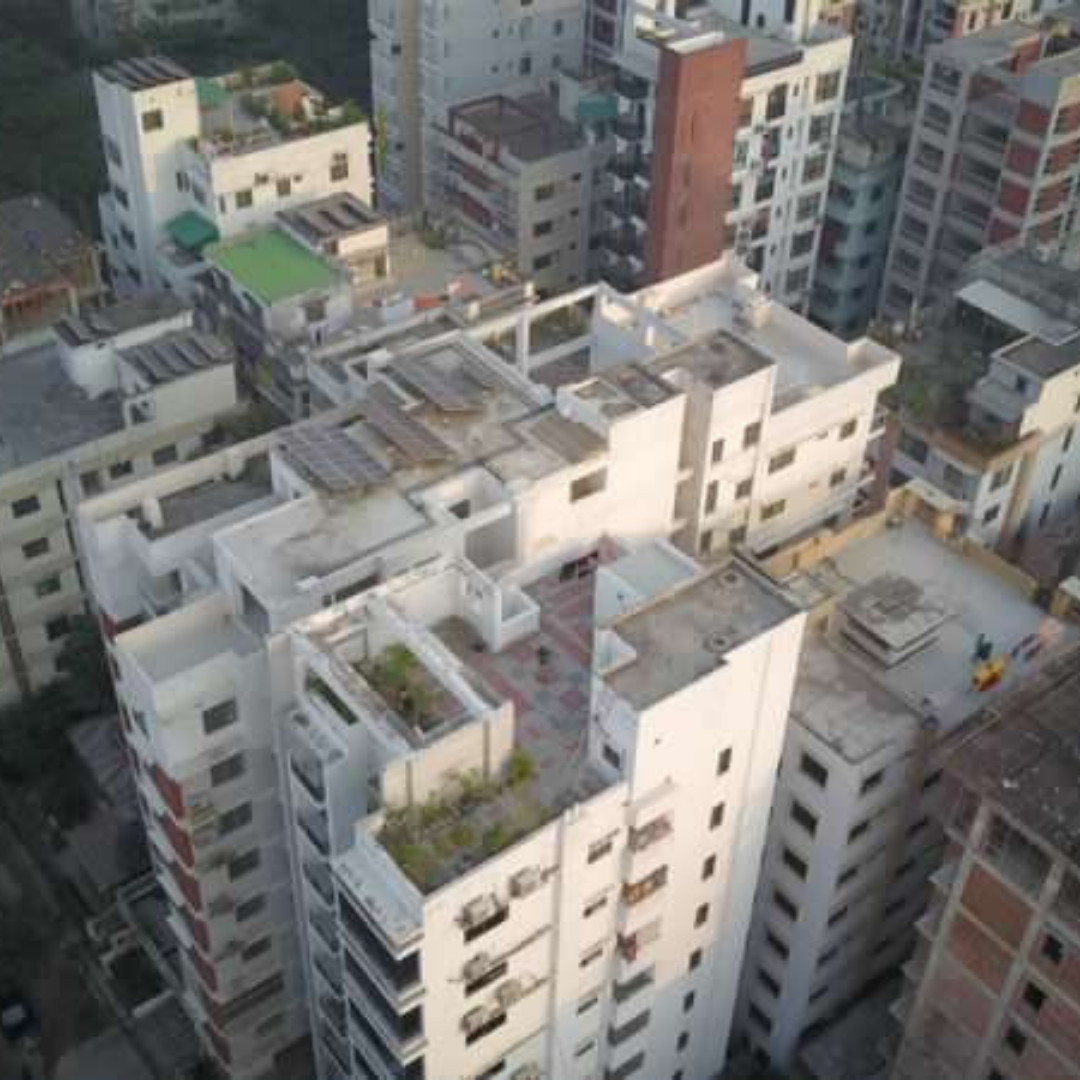 My vantage point is different these days, far from that city I love 8,000 miles away. My view from my doorstep in suburban Georgia is certainly different than yours, but humanity still streams past our homes every day. The people we encounter there are beautiful, created good, broken, hurting, and fully loved. So am I. So are you.

Today I ask God for the courage to step down off the balcony, right into the midst of the beautiful mess. Right here where I am. Right where God is.

¹  The Doel (Oriental Magpie Robin) is the National bird of Bangladesh.

²  Taqiyah is the Bangla word for the skull-cap some Muslim men wear, called the Taqiyah in Arabic.

³ An Ayah is a house helper employed by foreigners or Bengalis.

I did not have any idea what to expect. END_OF_DOCUMENT_TOKEN_TO_BE_REPLACED

2 thoughts on “Stepping Into the Beautiful Mess”