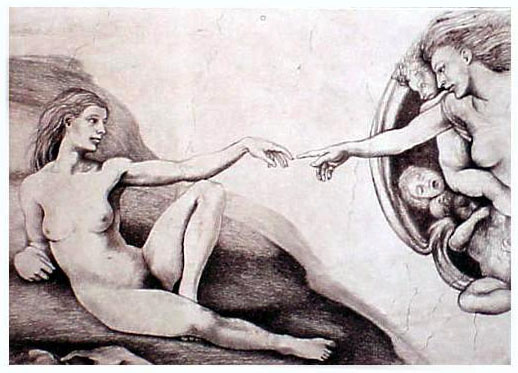 A hairstylist I used to frequent once referred to Mother’s Day as “Complicated Day.” She did not have a particularly good relationship with her very controlling mother. “Complicated Day” really resonated with me, but I would go one step further: I hate Mother’s Day. My mother died of cancer when I was a teenager. Every year when Mother’s Day comes around it just unpacks all the pain and anguish of watching my mother die over two years; some years it feels like I spend weeks or months trying to pack it all away again.

The Pain of Mother’s Day

But beyond my own painful associations with it, I know women who dread Mother’s Day because they have battled infertility; or their mothers were abusive or abandoned them; or they chose not to have children; or they married too late in life to have their own biological children; or they were unable to have children due to a disability. This day is, at best, one in which they are excluded and, at worst, an excruciating reminder of the children they do not have or the loving mother they should have had but didn’t.

There is another category of women that are seldom considered on Mother’s Day: women like me who never married and whose time has almost run out. We never even had the option of our own biological children because we had hoped to get married first—it is a different kind of infertility but a painful one, nonetheless. Often, caring friends have pointed out that children are still a possibility for single women through adoption or foster care. While this is true, different ways of forming a family do not mitigate the losses of singleness.

It is for all these reasons and more that I can say unequivocally that I hate Mother’s Day. This is not to say that I begrudge others’ celebration of motherhood. I understand the desire to want to celebrate our own mothers. I also know that many women appreciate being celebrated and recognized for the hard work of parenting that they perform in long days of service to their families, in and outside the home. But there is a way for all these mothers to be celebrated and not exclude anyone.

The only escape I have had from Mother’s Day was when I lived in the Former Soviet Union. There is no such thing as Mother’s Day there. No. Such. Thing. In fact, upon learning about it in my American Culture class, my Russian and Kazakh students asked, “But what about all other women?” Excellent question, students.

In many countries around the world, they celebrate International Women’s Day on March 8. Today! Notice that it is called “Women’s Day” and there is no mention of mothers, grandmothers or any other familial nomenclature. It is a day when all women are celebrated. When I lived in Kazakhstan I looked forward to Women’s Day like I do to warm chocolate chip cookies. It was a joy not just to be celebrated but to look around and see women of all ages and life situations celebrated.

It’s an official holiday in many countries in the former Soviet Union. Official. That means no school, no work, just celebrations all over town. I received so many flowers, candy packages, and thoughtful cards from friends and students that it felt like Valentine’s Day and my birthday all in one!

Naturally, I LOVED that. However, the real beauty of Women’s Day is that it is not just a day to give flowers and candy but to highlight the accomplishments of women and their history; to emphasize the vulnerabilities of women across the globe; and to commit to do the work needed to achieve gender equality everywhere. Women’s Day is a day to show love and appreciation to women but also to address how we can better empower and care for our female neighbors around the world.

There is also a hidden but significant aspect of Women’s Day: it recognizes the humanity and value of women without objectifying them.

How often have we heard calls for men to respect all women because it is how they would want their mothers, daughters or wives to be treated? What I find troubling about this line of thinking is that it commodifies women. It turns us into objects that should be treated well because they belong to other people, namely men. We are reduced to roles. But women should be respected because they are human beings. The end.

Christianity has its own version of this societal message. How many of us have sat in churches and heard pastors or leaders say that the highest calling a woman has is motherhood? Or that we will never understand love until we hold our own babies in our arms? These are lies that many of us accept as truth, when, in fact, discipleship is the highest calling of every Christian person. And the greatest and purest love that exists is the love of God that is accessible to all of us.

As a single woman, I have spent years in the church watching engaged women, pregnant women, mothers, and brides be celebrated. No such celebrations are given in honor of single women, no matter what their accomplishments may be. There are no showers thrown for single women who finish writing that book or complete their Master’s degree or spend a decade of service on the mission field. The unintended consequences of failing to recognize and celebrate us is that we receive the not-so-subtle message that our lives are less valuable or fulfilled without marriage and motherhood.

But the Bible says in the poetic opening of Genesis that the first woman Eve was created as a full image-bearer of God, in God’s likeness. In the Garden of Eden, God-likeness alone is the basis for human dignity and worth. Eve does not have value because she is a wife or mother; she is neither of those things at the time of her creation. God alone bestows her with value and dignity long before she has any familial ties.

Women’s Day is meaningful for me because it recognizes my single, childless existence as whole just as my God does. I am valued for who I am, rather than reminded me of what I lack. Many single women like me long to be married and have children, and, in our longings, we need affirmation that we are valuable as we are—we are not incomplete halves that need to be made whole. Though not perfectly, Women’s Day reflects the value we have from our creator, regardless of our roles. I can think of no better way to honor women than to celebrate all of them.

Want to learn more about International Women’s Day? Check out the UN Commission on the Status of Women and Women’s Day 2017