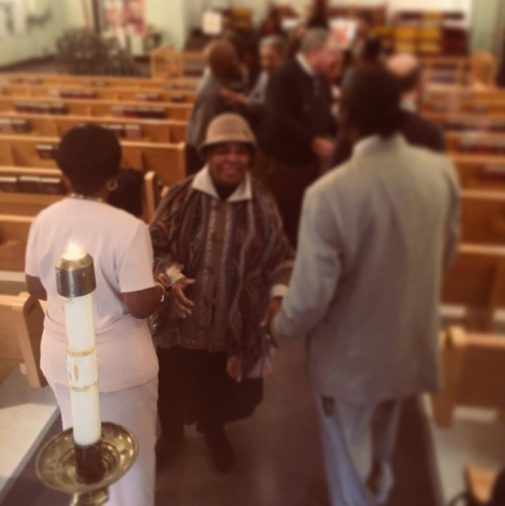 Recently, I was having a conversation with a friend, and the subject of her immigration status came up. She currently has protection under the Deferred Action for Childhood Arrivals (DACA) program–an executive action under President Obama that provided legal status for those who were brought to the U.S. as children; often, they are called DREAMers. Our current president terminated this program, leaving many of those DREAMers in limbo, including my friend.

“Have you thought about what you might do if you lose your status?” I asked her hesitantly. My rebellious streak secretly hoped that she would talk about civil disobedience–that she would stay here as an undocumented immigrant and fight for her status along with other DREAMers. But she surprised me.

What do you do when this is the only place you know as home, but the hateful rhetoric tells you you don’t belong here?

She calmly took a sip from her drink and then said, “I’ll go back to my country. I’ve already looked into it. If they don’t want me here, I’ll get to know my country and give the best of who I am there.”

I think I understand what she means. As much as I want her to stay, I often reflect on all the ways immigrants like us are being told we are not wanted here. It’s disheartening, discouraging, disappointing, and…fill-in-the-blank with any number of dis- words.

…he wants immigrants from Scandinavia and not poor, shithole countries.

…we need a border wall to separate us from our southern neighbors.

…his insistence, despite all evidence to the contrary, that Mexico isn’t sending their best to the U.S.

…his intention to mobilize the national guard troops to protect our borders, as if immigrants were bugs in need of crushing.

…and, most recently, the discharge of immigrants from the military–they will be deported after having been promised a pathway to citizenship.

What do you do when this is the only place you know as home, but the hateful rhetoric tells you you don’t belong here?

In my worst moments, that question drives me to despair and cynicism. In my better ones I want to hide away in my house and escape with a book or Netflix. But sometimes I allow the light of the Holy Spirit to shine through the noise and disorder in my head, and remember that ugly words, unwelcoming policies, and border walls can’t keep me from belonging to the Christian community–from the Church with a capital “C” because it’s a worldwide church that belongs only to God.

What’s most surprising to me is that I often hear the Spirit’s voice reinforcing this truth in that most awkward of all church traditions: the passing of the peace. This is an exercise of reconciliation and belonging where we touch and speak peace to one another.

If you’re not familiar with “the passing of the peace,” it’s the time in the service, usually after the sermon but before communion, when the pastor asks the congregants to greet one another with peace, and everyone starts shaking hands or hugging.

“The peace of God be with you always,” the pastor proclaims.

“And also with you,” responds the congregation in unison.

Ugly words, unwelcoming policies, and border walls can’t keep me from belonging to the Christian community

I confess I have never liked this part of the liturgy. In the past, I would frequently share God’s peace with a few people around me and then abruptly sit down and feign extreme interest in the contents of the bulletin.

But lately, I have grown to appreciate and even love this sometimes uncomfortable church exercise. And it has everything to do with the changed circumstances in our country at this political moment. In the sharing of God’s peace I know that I am where I belong and my soul is lifted.

In my little Lutheran church literally everyone greets everyone. We have peace travelers who pilgrimage all over the sanctuary sharing God’s peace. It’s a time of hugging, hand-holding, and lingering conversations. Strangers greet strangers; friends greet friends; and it’s somehow right and good to show tangibly that we care for one another.

The origins of this tradition hearken back to Jesus’ Sermon on the Mount: “So when you are offering your gift at the altar, if you remember that your brother or sister has something against you, leave your gift there before the altar and go; first be reconciled to you brother or sister, and then come and offer your gift” (Matthew 5:23-24). Early Christian writings suggest that those who belonged to the early church made this weekly reconciliation a part of their worship.

I have no idea what the earliest members of the church thought about this practice, but I suspect it wasn’t the rote exercise it had become to me. Because they were a young church in crisis, enduring persecution and fragmentation. Perhaps this sharing of the peace reminded them they had each other and no one else. Perhaps they found the peace with one another that they could not find in the world outside their little house church’s door. Or perhaps like me they found encouragement and actual peace, the one the Apostle Paul describes as surpassing all understanding, knowing that no matter what the empire said, they belonged to a kingdom and a community that no one could take away from them.

And so I joyfully (and still a little reluctantly) shake all the hands and hug all the people, and my soul is encouraged. But I still use hand sanitizer before communion, and so should you.

Where do you find encouragement in times of cynicism?

I did not have any idea what to expect. END_OF_DOCUMENT_TOKEN_TO_BE_REPLACED