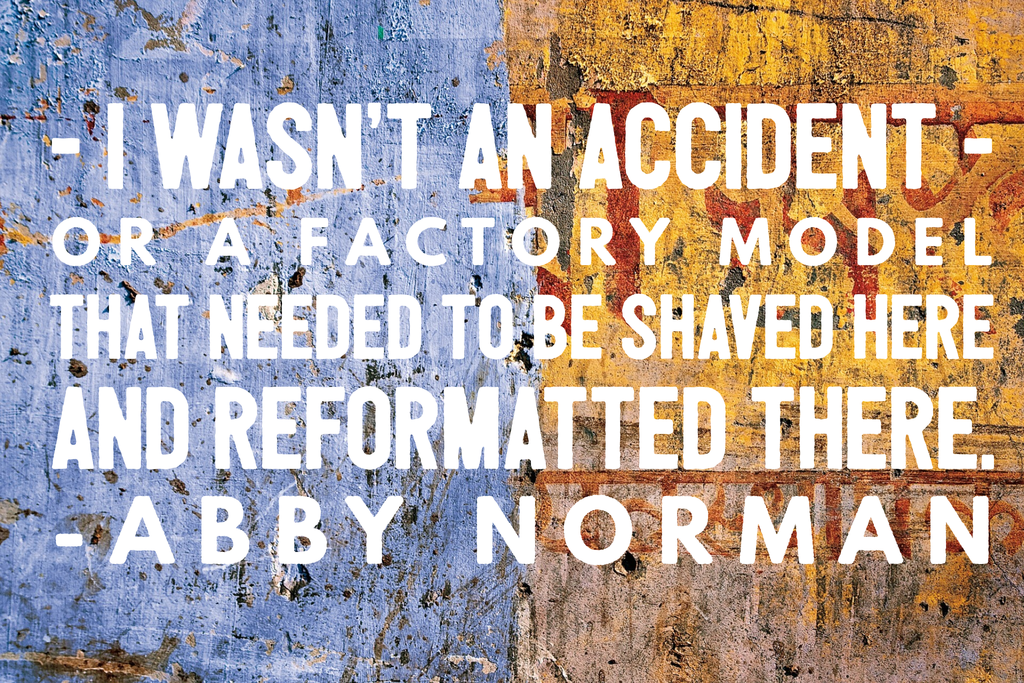 The first time I read the description of the ENFP in the Meyers Briggs personality test I took, I cried. Gregarious, full of energy, passionate, an ability to inspire others, I knew who they were talking about because I was who they were talking about. I cried because if I was one of 16 types than I wasn’t created on accident. I didn’t have to work to be a little less, a little less enthusiastic, a little less in love with other people. I didn’t need to tone it down. There were REASONS I was so boundless in my energies. I was an ENFP, and this was the way my tribe navigated the world. I was supposed to be talkative, I wasn’t wrong. I was me, an ENFP.

I cried again when I found out which number on the enneagram chart I was. This wasn’t because I was relieved. This was because I was horrified. I am not alone in this feeling after discovering I was the helper. Turns out the two is most sensitive to criticism and your enneagram number is really best found when you think of yourself at your very worst. But I also cried because I didn’t totally understand what the enneagram was for. I thought it was telling my HOW I was to behave and not WHY I was behaving. The enneagram isn’t very interested in labeling your behaviors, but rather telling you why you might be doing those things. I thought I had been made incorrectly again, I thought I was being told I was behaving outside the bounds of a two.

But as I continued to work through my understanding of the enneagram I came to realize that, again, I was made on purpose. I didn’t have to fit myself into an imperfect box. I didn’t have to be less than or more than or something I wasn’t. God made me on purpose, for a purpose. I wasn’t an accident or a factory model that needed to be shaved here and reformatted there.

This semester, my first assignment in my preaching class was to find three preachers you aspire to preach like. I want to preach in a congregational context, every (or most) Sundays in a pulpit. I want to pastor well, and I want to show up with my whole self. But I couldn’t seem to find my voice in the pastors I was finding online. I am not measured and academic. I am loud and excitable. I cry and laugh a lot. I do these things while I am preaching. I don’t want to tone it down for the pulpit. I don’t know if I could if I tried.

But this time I wasn’t so shook by that. I know that God made me on purpose. I went searching for the bits and pieces I admired in all contexts and settings. I found women in conferences preaching with big earrings and flailing arms. I found black men owning truth in a way I hope to emulate. I found a soft southern voice who can craft a story with a vividness I hope to one day aspire to. All of this is me, all of those are me. I get to be that because I am a 2, and an ENFP and because God made me those things on purpose. For a purpose. The labels have helped me discern my calling and the ways I am meant to walk it out, but they don’t make me what I am. Only God can do that, and God did. On purpose.

I did not have any idea what to expect. END_OF_DOCUMENT_TOKEN_TO_BE_REPLACED

The Enneagram is a Jerk

2 thoughts on “You Were Made On Purpose”