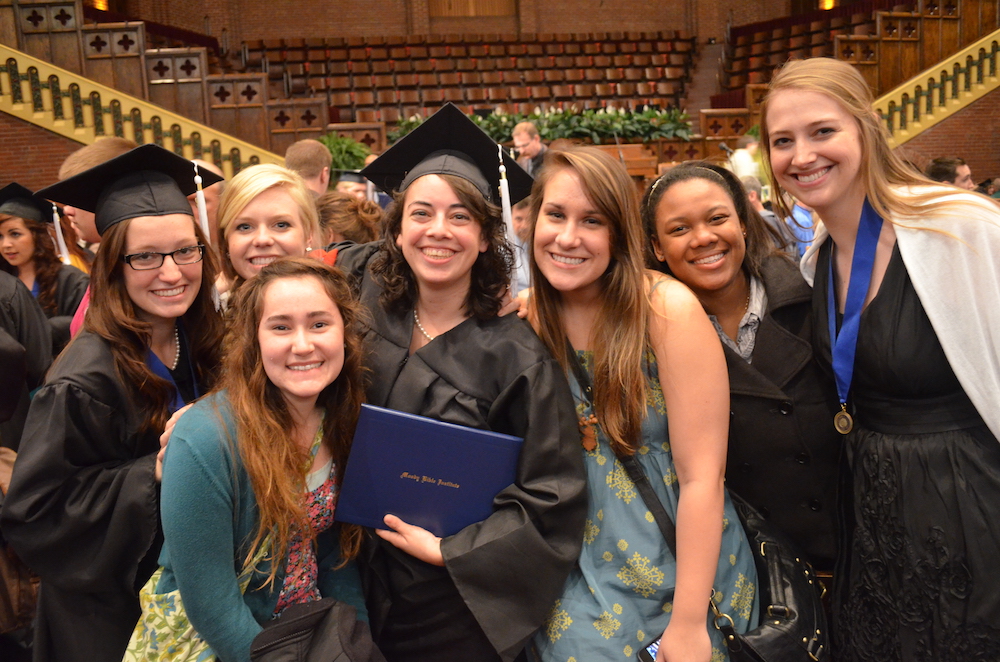 I wish they had told me it’s okay to be afraid. To feel inadequate or uncertain or a little bit lost. To feel like you don’t have friends when you first move to a new place. To not have everything together. The reason older people don’t seem to be panicked about things is because they’ve already panicked. They’ve bombed job interviews and forgotten birthdays and missed trains and gotten rejection letters and found themselves in all the places you are just now going. Panic is part of the process.

Because here’s the thing: there’s a term for what you’re going through. It’s called, “growing up.” And I know that you believe you’re basically an adult, and it can’t get a lot harder, but I wish someone had told me that growing up is a process that never really ends.

I don’t say that to bum you out but rather to encourage you. Because as you move on to the next season of your life, you’re going to meet some gamechangers. It may not seem like much now, but over time you’ll find that some of the friends you meet are lifelong companions. You’ll be in one another’s weddings, and you’ll call each other in the middle of the night because of grief or heartbreak.

But right now? Right now you’re just barely acquaintances, so do yourself a favor and look that new friend in the eye and ask her if she’s a little scared too.

I wish that they had told me that transition isn’t easy and change takes time. There were so many times I walked into a room and thought it would be simple and then when it wasn’t. I thought there was something wrong with me. Turns out, most crises pan out in a matter of weeks or months, so embrace it.

Also, I wish they had told me my dreams might change. When I was in high school, I thought I would be an opera singer. I spent years in voice lessons, working on auditions and recitals. I journaled about each new performance and scribbled down notes about the ways I was growing as a performer. One day I realized that through every experience and transition I always used writing to process it. Even though I had planned to be an opera singer, the calling to be a writer was actually right under my nose.

There isn’t a real secret to any of this. There’s no silver bullet that makes the process happen sooner. But the gift in it all is this: as you grow, you grow. You’ll learn more about who you are and who God is and one day, you’ll look back and laugh over how young you were.

Jesus commanded literally 0.00 times for us to be able to tell the future. This time is sacred and scary, and admitting both of those things is clutch. But just because you’re afraid doesn’t mean you’re not brave.

And that brings me to this: I wish they had told me that it would be okay. Even when you don’t know how you’re going to survive your class schedule—it always gets done. Even when you feel like you’ll never find rhythm—God always gives rest. We just have to make space to hear Him. No matter how lost you feel, you will be okay.

Take hold of your Bible and don’t let go. Call your friends and your parents more than you think you should. Let your community support you. And above all else, speak to Jesus into the good, bad, and ugly. He carries us through the challenges and rejoices with us in the celebrations. He is present. He is near. I can tell you with certainty that He’ll be found in all of it.

Fog rolled in last summer, hovering outside my window above END_OF_DOCUMENT_TOKEN_TO_BE_REPLACED