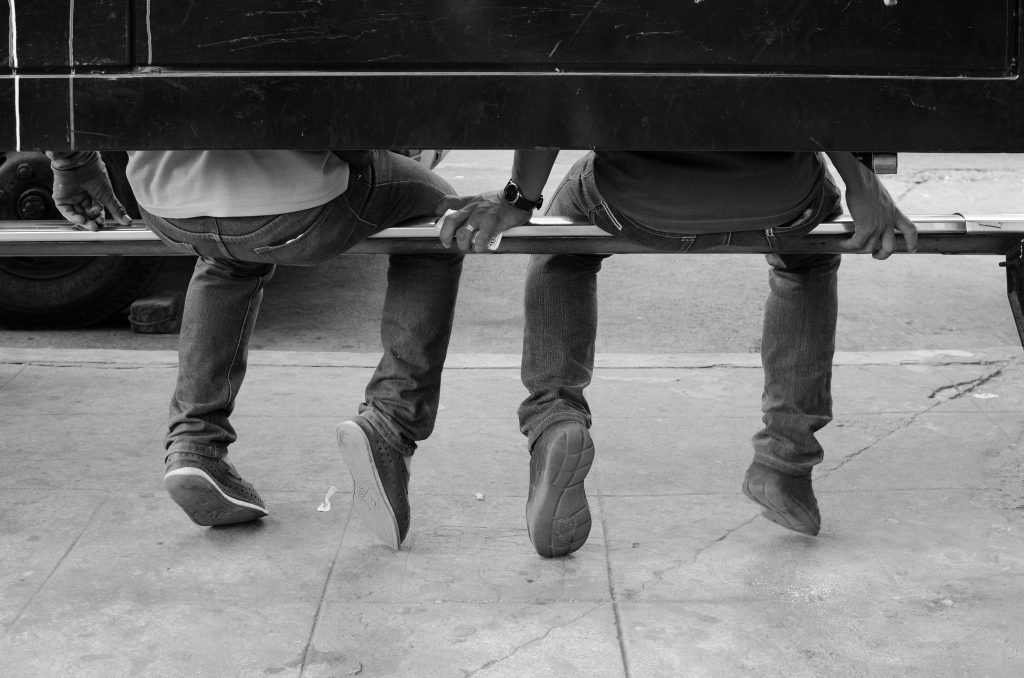 I wouldn’t call us close friends. We had gone to school together our entire childhood. I remember her easygoing attitude, the big grin and contagious laugh. We had mutual friends, sat in some of the same classes and attended a lot of sleepovers together. Still, as adults our lives went in different directions and I didn’t give a second thought to us crossing paths again someday.

Until we did. In 2006, I saw Julie* for the first time in several years. She was one of two classmates who showed up to pay their respects at my dad’s funeral. They weren’t there for me necessarily. In recent years, they’d actually gotten to know my dad. Although years apart in age, they were part of the same party crowd.

Julie showed me a lot of support that day. I remember several times she came up to me with a hug and kind words. It was the Julie I remembered. Laid back but sincere. Knowing how our stories intersected, I was unsure of the proper response. The hard partying that forged a friendship between Julie and my dad had all but torn my family apart. A failed marriage after 25 years; the half-truths, all-out lies and broken promises. It was the effects of partying that had caused his untimely death. What was I to do with that reality?

A few years went by and we entered into the age of social media. Ultimately, Julie and I found one another on Facebook. Again, our friendship here wasn’t a personal one. We renewed our casual friendship online. We liked each other’s status updates and looked at photos of our kids. In a way I can’t quite explain though, I was thankful to have found her again. Somehow, she gave me a connection to my dad.

Julie passed away this past weekend. I, of course, found out through a friend of a friend. On Facebook. I immediately thought of her family, who I also knew. Of her daughters who I have not met but watched grow up in pictures these past few years. At this time, the cause of her death is unknown, and I sit with that.

All of this settles somewhere deep in my soul. We were never tight, Julie and I, but I felt a great deal of affection for those areas where our stories touched. The small town we both called home. The role of motherhood we both cherished. Our friends who have all found one another through this crazy phenomenon called Facebook. The fact that she spent more time with my dad in his final years than I did.

Now she’s gone. I didn’t know I would grieve so deeply. It’s words I struggle to express because you see, I didn’t really know her. It makes no sense I would feel such loss because a long-time acquaintance has left this world. But here’s what Julie teaches me. We’re connected to people at that exact point where our stories intersect.

That’s the beauty of story, if you listen closely in the telling. There are always pieces of our story that we have in common with others. Julie and I lived lives that were worlds apart really. However, it always stirred up emotions within me when she showed up on my Facebook wall. Sometimes happiness if she’d post something that was just so Julie. Other times sorrow when I learned about various consequences she endured due to her choices.

I hope you’ve found some peace my friend. I’ll continue to pray for your loved ones because I know a bit of the grief they’ll live with for the rest of their lives. Thank you for all you meant to me.

*Out of respect, the name has been changed.

Fog rolled in last summer, hovering outside my window above END_OF_DOCUMENT_TOKEN_TO_BE_REPLACED

15 thoughts on “Where Stories Intersect”