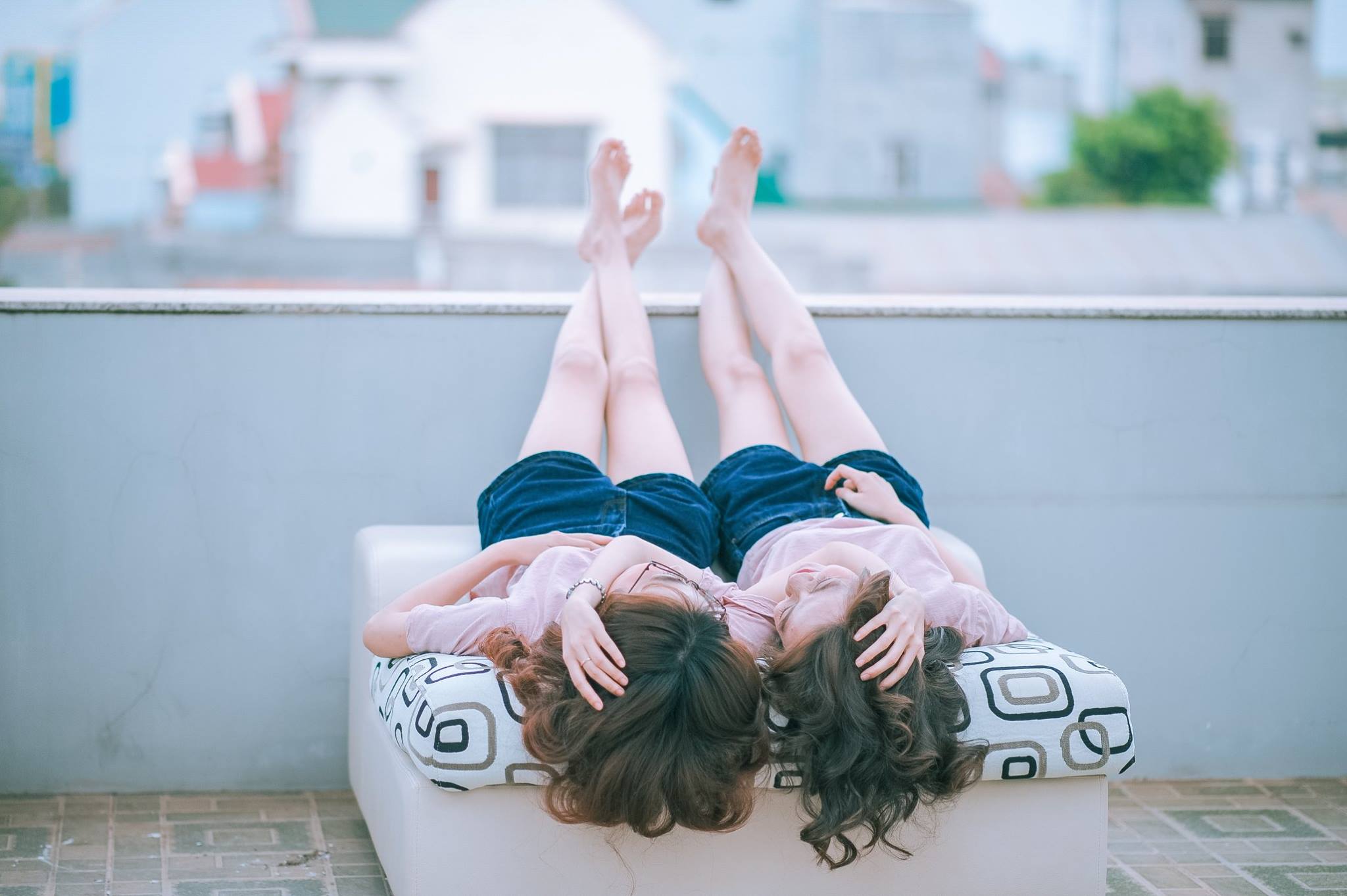 I’m about to judge a new friend for being overly attached to her family of origin. She sees it in my eyes, knows it by the question I ask, and defends herself. We are scooping white rice onto forks, pushing chunks of curried goat over it, and sliding it into our mouths. I am wiping my eyes and nose repeatedly with tissues. As the teenager in too-short pants had said as he took my order, it would be spicier than I thought.

Maybe by opening our sinuses, dealing with snot and tears, we found ourselves sharing vulnerably with each other. I had to acknowledge after listening to some of her story, that her close relationship with her family was not for me to judge. I had not lived closer than four hours from any family members for more than two decades. And that had all changed two months before when my sister moved in.

What I didn’t expect from her move was not only the freedom of time to affirm one another’s anecdotes about the dysfunction of our family of origin, but the same spaciousness of time to concede the gifts our parents have passed to us.

She doesn’t look much like me, my sister. I have our mother’s deepsetness to her eyes and quickness to grin. The toothiness is my dad’s as is the Roman nose that a thick-haired Swedish immigrant passed down. His black-and-white photo resides in a farmhouse in rural Iowa. My sister was born with the English and Irish features of other great grandparents—the grandma’s large-lobed ears, the grandpa’s slightly sloping nose. I don’t know from where came the delicate, pale skin that stretches across her cheek bones or the small hands that flit like birds over her meals. Not like mine, strong and snaked with tendons and veins like our mother’s.

As I write this, she and her children are packing to move from the basement of my house where they’ve resided while her husband started a new job and they flicked through Zillow realty ads for a reasonably priced home. I’ve had time like none other since high school to be present to her.

In high school I wasn’t present. Angry, at my dad’s revealed alcoholism and drug addiction, angry at my mom’s breast cancer, angry perhaps at my sister’s ability to appease my parent’s neediness. Although four years her senior, I was far from showing kindness to her. Our squabbling was a daily ritual as I scrubbed brown and orange Tupperware plates in hot dish water and she dried them.

During and after college I came home once for more than winter break–the summer after graduation. She was working at the Christian camp where I had spent four previous summers, bunked in a sleeping bag, sticky with humidity, racing kids from the Bible hour to craft time to game time so they would be tired enough to drop off at night. Camp was another way to escape family.

And now she’s here, about to move five miles from me. Her birthday occurred during her stay, and my husband looked surprised when I said I should buy her some flowers. He told me, “What she really appreciates is words. Don’t you know? Write her a note.”

How could I not know? Different from me, who’s unable to focus well on friends outside of my current communities, she sat down at our dining room table and wrote a seven-page letter to a college acquaintance who’s off social media. That’s my parents in her.  Both write a paragraph note telling a funny story from their day in every birthday card they send.

I also recognize my mother in my sister’s resourcefulness: in coming up with projects for her kids such as making Lego YouTube videos, in strategizing hitting the super markdowns at the Goodwill on Tuesdays. Her love of entertaining novels and word play, her ceaseless delight in C. S. Lewis’s Narnia (the theme of her birthday party) discloses my father.

I am reminded that in many of my own values I am passing my parents’ legacy to my kids—the love of books, a respect for creativity, the importance of biblical literacy.

The season of a compartmentalized separation with my family, interrupted only by holiday gatherings, is over. In such close proximity, my sister and I will have multiple opportunities to hang out with each other. My kids will want to see their cousins. And with additional grandkids in the area, my parents will be visiting more. Our lives our being woven tighter.

I needed time and space for healing—for sorting and validating the detrimental impact of a dysfunctional childhood–alcoholism, codependency, the insidious controlling nature of the secrecy of the disease. These were some facets of my childhood. It is time for a new kind of healing—one that acknowledges the other facets and celebrates them together.

Fog rolled in last summer, hovering outside my window above END_OF_DOCUMENT_TOKEN_TO_BE_REPLACED