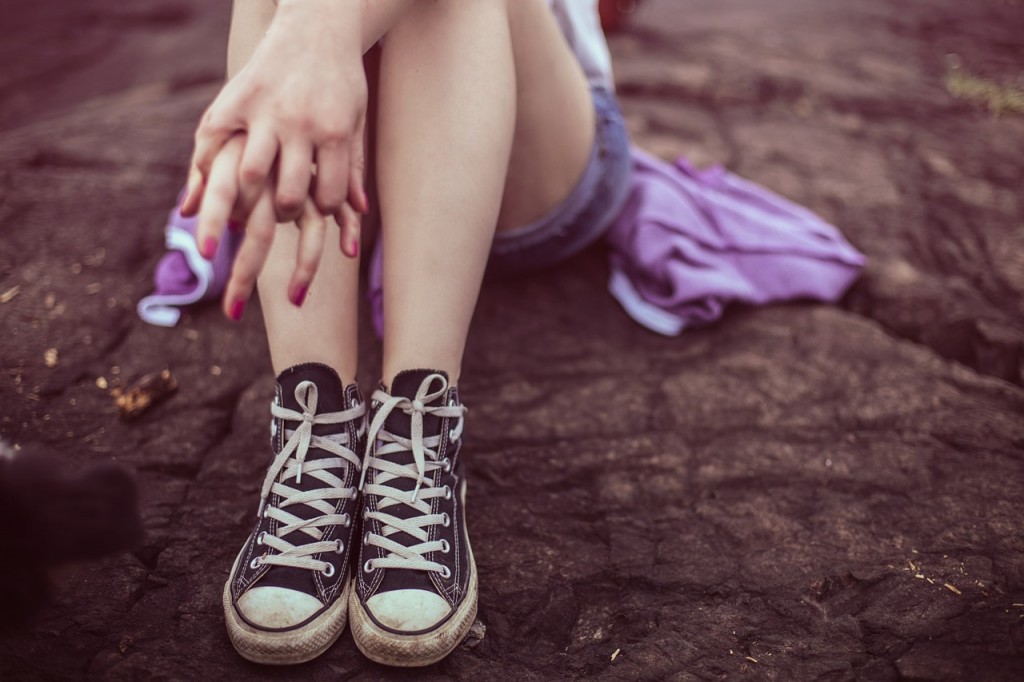 I know. I too don’t really believe it. But it happened, so what else was I to do?

I came home and told my parents. The even crazier thing is that they believed me. They believed their twelve-year-old daughter and even trusted me to interpret it. I was an almost thirteen-year-old in the Evangelical nineties. What else could it mean? I was going to be the next Rebecca St. James, Jennifer Knapp, Jaci Velasquez. They found the money to get me voice lessons at the local university.

The voice lessons faded out, but the call on my life did not. At fifteen I was at the front of the church sobbing after an altar call for future missionaries. I remember the sweater I was wearing, the name of the boy I was sitting next to during the service. (Thank the good Lord I gained better taste in men.) I remember thinking, okay. This is it. This is how God will use my voice.

It took me a couple of years to figure out that the High School was my mission field. I feel like I should have figured it out before then, but I didn’t.

And now? Now I am about to leave that, too. After nine years of teaching high school, I have 3 and a half months left. I just can’t do it anymore. I’ve changed, it has changed. I am feeling a pull toward something else.

This feels like a death to me. My husband was talking to me about a communication theory that suggests we are more than just one person. I am mommy, and Abby Norman the blogger, and Abby the wife, and Mrs. Norman, the tenth grade teacher. That last one, her days are numbered. I started crying in my kitchen. Every day I feel like I am grieving her, who is me. I wonder where this part of my personality will go? I am hoping that what people are telling me is true, that nothing is wasted by God. At 32 I have been Mrs. Norman, the teacher for a third of my life. I just know I can’t do it anymore. So I am moving on to a new thing.

I still don’t know exactly what that new thing is. I have some ideas, I have some I thinks, but no solid plans. I wouldn’t mind another extreme God moment, but I am not really counting on it. How many times does one person get to hear the voice of God?

I told my principal at the beginning of the year that this would be it for me, that I would not be signing my contract at the end of the year. He looked at me surprised and asked me what I was going to do. I shrugged and told him I was going to seminary, that right now I am thinking I want to be a youth minister. He nodded at me. “So you heard the call?” Yup. I guess I did. Only, I didn’t, not this time, it just feels like the next right thing. I suppose that is just another way of hearing.

This is where I am at with calling: It doesn’t always shake out the way you think it will. When God told me God would use my voice, I didn’t know what a blog was. I didn’t think I was a writer. When God said missionary I didn’t think that meant American High School. When I told people I was called to those things, to using my voice, to the mission field, I thought that meant I had a lot of answers. Turns out the questions are still what this thing is about.

I did not have any idea what to expect. END_OF_DOCUMENT_TOKEN_TO_BE_REPLACED