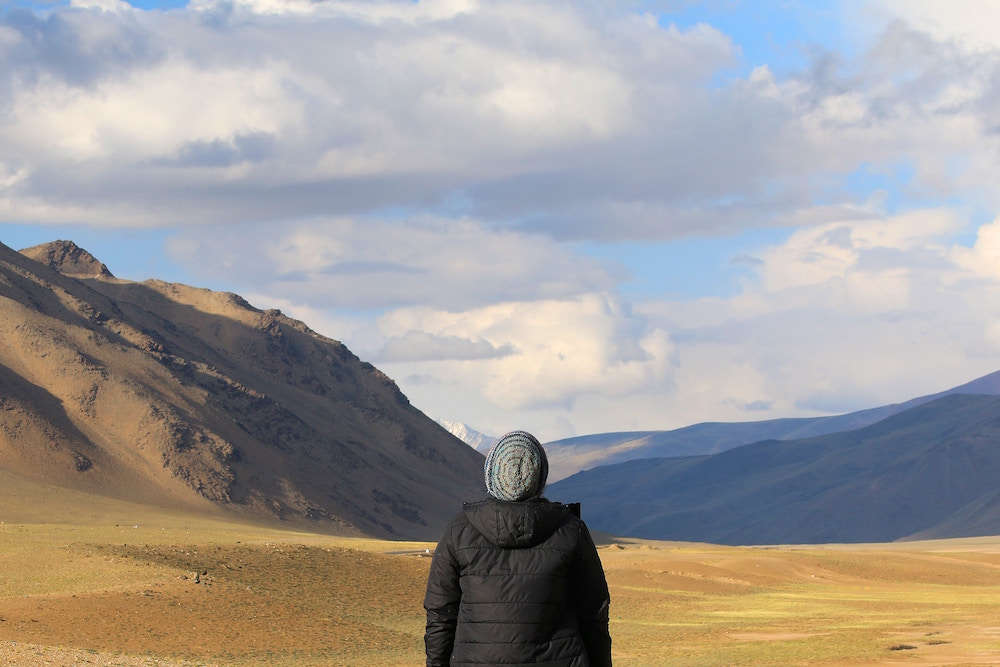 In the dreaded five minutes of saying hello to my neighbor every Sunday, I know we’ll come to a point where I’ll be asked the questions, “What brought you here? Why did you move?” I give them the one second answer to why we uprooted our lives in Las Vegas to move back to Southern California: “To be with family” or “Because we felt God calling us to.” Both answers are true but too simplified. The say-hello-to-your-neighbor time isn’t meant for going deep into real life, but I wish I could tell them the transition has been rough. I wish I could tell them that though we’ve been back for ten months already, it still feels like we’re in transition. I wish I could tell them that tilling grooves that keep shifting is exhausting and that wandering without knowing which way is which is disorienting.

We’re in our mid-thirties with two kids. We’re living with parents while others our age are buying homes and storing away for retirement 30 years down the road or less. We left a home, mild traffic (this is something when Southern California traffic can be hell on earth), and good insurance. We moved back home with the excitement of God doing new things in our lives and a willingness to follow Him wherever He leads us. But the novelty of change soon became dull, and we entered into the long in-between.

God was kind enough to tell me the purpose of this time beforehand— for sanctification, character development, faith growth— but the reality of learning those things is painful and mundane. I wasn’t ready for the dismantling of my identity and the shattering of who I am, of who we are. It almost feels hopeless we’ll ever be put back together again.

I wasn’t ready for the dismantling of my identity and the shattering of who I am, of who we are.

Yet it seems like we’re just at the beginning of this wilderness season.

My husband holds cooking and I hold writing as gifts we’ve been given, but we have no vision for how to use them. No idea of how we should proceed, how we should invest, how we should plan. We only know that faithfulness holds weight in God’s kingdom so he cooks in the kitchen and I type words on our computer hoping and trusting it will one day lead to something more concrete.

I often think of the Israelites and their forty years of wandering in the wilderness. I imagine a mom of two young kids and what her life would’ve been like. Surely her days were as mundane as mine. Surely she wondered when the pillar of cloud was going to move again and felt anxious about it. Surely she was annoyed when the pillar of fire started to move at night. The kids are sleeping for goodness’ sake! Surely she must’ve been sick and tired of traveling and pitching her tent and never knowing when the end was coming. Surely she must’ve doubted whether the Promised Land was real or not, and if it wasn’t, what would that say about their God— was He real? Did He mean what He said?

I am her and she is me. We’re in the in-between, the middle, the rarely talked about part of the journey, and we long for answers to the question marks that hang over our heads. But we’ve come too far to go back. We know the only way is to keep going, to move forward, and to wait with hope.

There’s nothing permanent about being in the middle of the wilderness. I keep going because I have to, because staying in the desert means certain death but following Him leads to life.

And though we’re in solidarity with one another, I know how her story turned out. God dropped manna every day, He gave her meat from the sky and water from a rock, and He was gracious over and over again. She and her people were able to keep going because He was faithful, because He reminded them of His promises when they forgot, because He persevered them to the end.

There’s nothing permanent about being in the middle of the wilderness. I keep going because I have to, because staying in the desert means certain death but following Him leads to life. I pitch my figurative tent in this middle I’m in and wait for His signal to move to the next place. The middle isn’t forever, and He’s promised to be with me and go ahead of me. He did it for her, and I know He’ll do it for me.

I did not have any idea what to expect. END_OF_DOCUMENT_TOKEN_TO_BE_REPLACED

5 thoughts on “The Middle of the Wilderness”