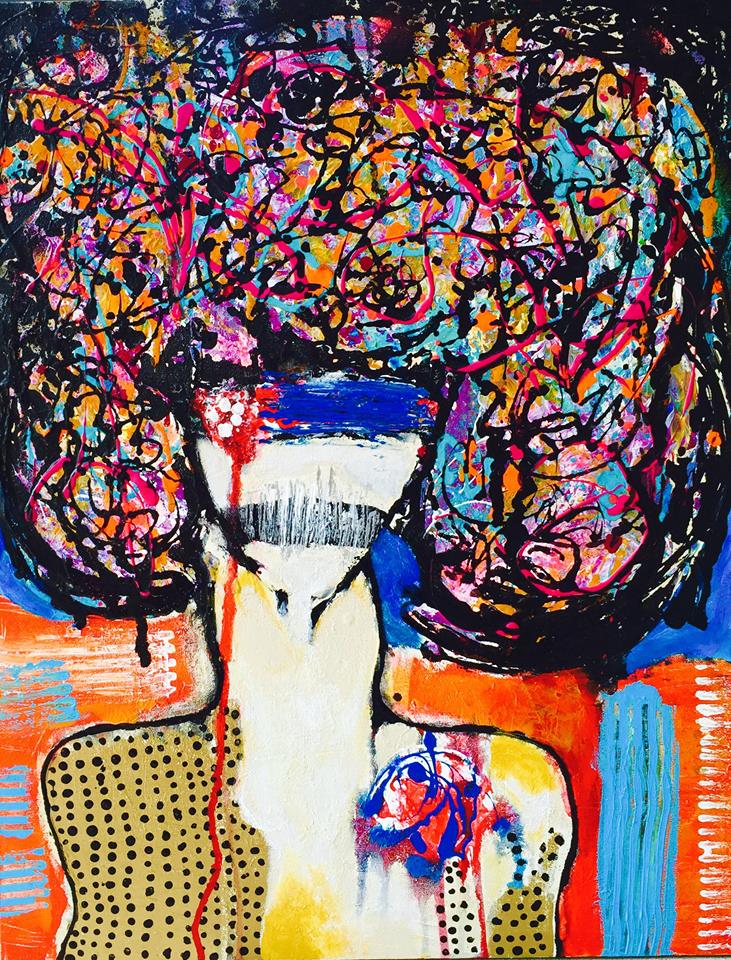 This isn’t the post I had originally started writing for this month’s “Disquietude, Distress, and Dread” theme. Originally, I was going to share with you how I’m learning that Fall and this last quarter of the year are when I’m most vulnerable to the symptoms of my illness. I had written words detailing how my anxiety spikes, I sleep less, my stress level rises, the managing of the mundane tasks of family life floods me with overwhelm daily, I have to sit in front of my SAD lamp, and I tend to want to retreat from being social.

But then I woke up this morning I found the crushing weight of White supremacy pressing into my chest, it’s sulfuric breath hot and scorching against my cheeks, its eyes bulging wildly with hate, a sneer spread delightfully across its lips. I found it staring me in the eyes, like it always does after another event, after another video emerges, after it ravages and guts the soul from another Black body.

I logged into Facebook and at the top of my feed was a thread on a friend’s page where a friend or family member of theirs was defending the choking, body slamming, and slinging of a Black girl’s body across a classroom by a school resource (police) officer. If only Black girls wouldn’t be so defiant. If only Black bodies would do what they are told when Whiteness demands it obey. If only Black voices weren’t so uppity and disruptive. If only Black intelligence would just know better. If only Black womanhood would stop being so . . . BLACK. If only Black personhood would quit demanding it be allowed the space, grace, and rights to just be, exist, and live out its humanity like everyone else. If only.

If only we protected Black girls the way we protect White fragility and Whiteness’ delicate sensibilities. If only we would grab the knife and slash the throat of White supremacy. If only we would snap its neck, break its spine, and render it incapable of oppressing Blackness and Otherness any further. If only Whiteness had the courage and audacity to yield its grip on your mind and choose another way of thinking, living, and co-existing. If only Whiteness viewed Black children as children deserving of respect and care and even innocence. If only that teacher and school administrator had called that young girl’s guardians instead of police authority. If only we could abandon respectability politics to see the root of the issue being inflicted upon her body again and again, and yet again in that video.

If only living in Black skin didn’t mean having to live with such a reality. But yet it does, and so today all I have for you are these words: I can’t stomach this anymore. I can’t sit with the weight of supremacy crushing my insides. I can’t read the lies coming out of people’s fingers as they type their defenses of brutality in comment sections. I can’t take in the full scope of what it means to be Black and female in this world, what it means to have a “social construct” of race and otherness brutalized and encoded into our skin and existence repeatedly, relentlessly. Not today. I’ll go insane. So instead I’ll retreat and recover and build myself up so I can face it all tomorrow.

I did not have any idea what to expect. END_OF_DOCUMENT_TOKEN_TO_BE_REPLACED

10 thoughts on “The Crushing Weight of White Supremacy”