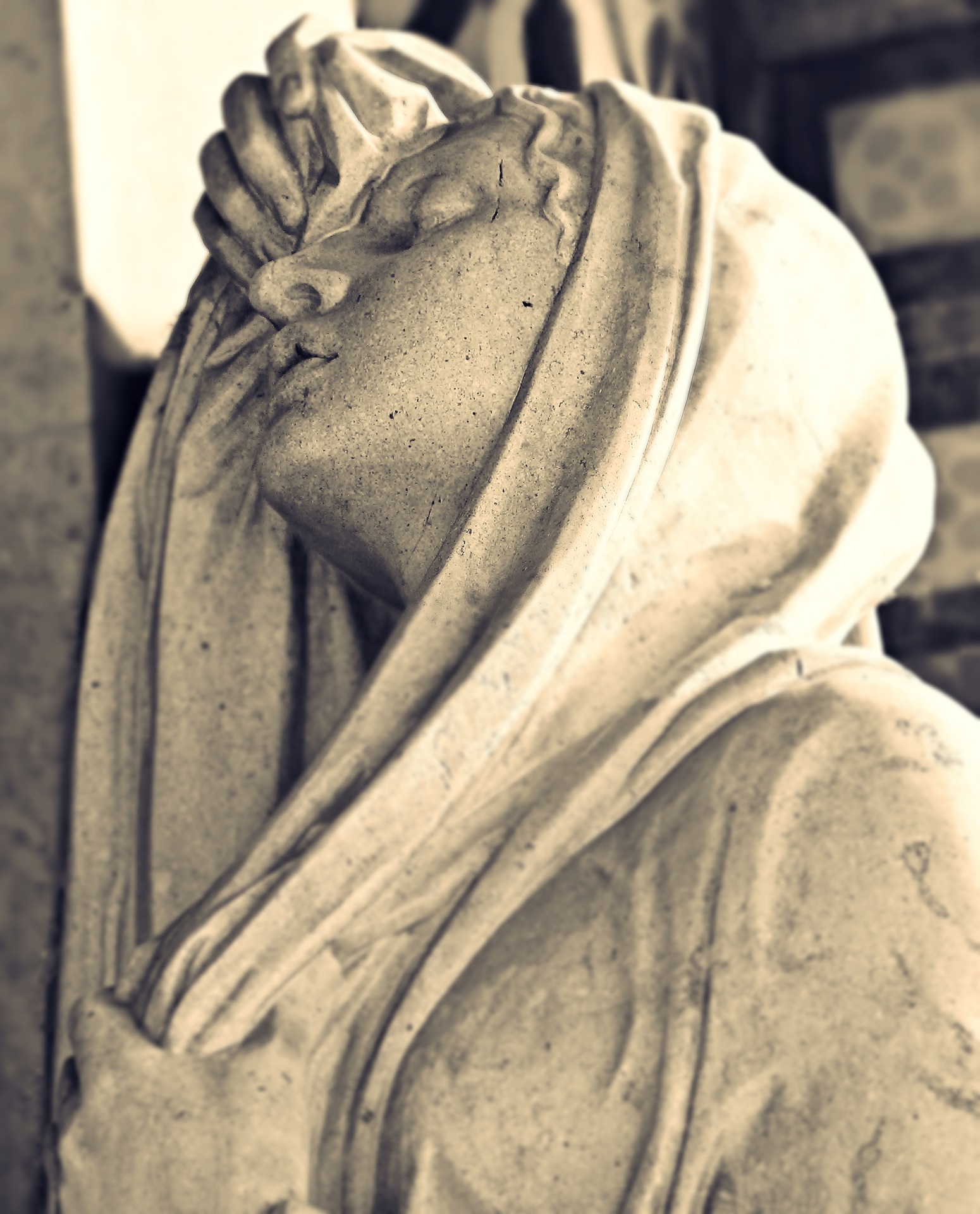 I think one can breed the other. If you are content with your life, you can afford to be apathetic about others. Not everyone is, but some are. Enough are to make a difference.

That was me once. Long ago, when I would brag about having absolutely no empathy. It was in the days when I sat in the front row of church, eyes closed and arms held high, praising God with everything I had.

Those were the years when I would drop all of my spending money on Audio Adrenaline concert tickets and Jars of Clay t-shirts. When our youth group would take trips to Cedar Point, hold car washes, and we so earnestly debated about the kids at school who listened to Marilyn Manson. Those were the days when we honestly believed they were casting spells and sacrificing animals in the forest. We never actually knew them, because we didn’t need to. We had our opinions, which were obviously right. We didn’t think about how they probably knew what we were whispering about them. We didn’t think about how they knew we thought they were dangerous and damaged. We didn’t see them as fully human at all. We were just seeing them through the eyes of Jesus. Or so we thought. (Because obviously Jesus isn’t a dehumanizing jackass.)

Our certainty about Jesus enabled us to be so certain about everything else. About everyone else. I knew God’s will for the world, for me, for America. People who disagreed – well, they were just wrong and on top of that, they were heathens, so why did their voice matter?

I know how this sounds. And I also know how normal it seemed from the inside. I don’t know how to bridge that gap right here, because it never should have sounded normal. It shouldn’t resonate so strongly today with 81% of white evangelicals who are convinced they accomplished God’s will in the voting booth.

I was so proud. So sure. So happy and satisfied in my rightness. There is nothing quite like self-satisfaction. The problem with this smugness, of course, is that happiness for some is misery for others. There is a cost to contentment, and so often the cost isn’t borne by the content.

The cost is borne by the people who need empathy. Whose lives depend on it. The thing that the satisfied people, particularly the white Christians forget is that these discussions aren’t theoretical abstracts. People’s lives are literally affected by our apathy and our empathy.

When we sit on our unempathetic little thrones, building the kind of world we think is the only right way, we are telling everyone else that their lives, opinions, experiences are unimportant. We tell them that they are not worth our time. And when this happens on a scale of millions, well then, we’re talking real damage. Real damage in Jesus’ name.

It is not just that 81% of white evangelicals gave Trump the presidency. It is also that they refused to listen to anyone else’s fears, and even now, after the damage has been done, they are walking around with their collective fingers in their ears, stubbornly refusing to hear the cries of the wounded.

What good is coming out of this 81%’s refusal to be empathetic? What harm will come from listening to the lives of people who are different? Jesus gave up any comfort he could have had for the sake of others. He prioritized listening and empathizing. Why is that so hard for so many to do?

People who are not white are walking around with a world of hurt and I have been sitting here watching this 81% brandish their unempathy with abandon. We all have been. There are so many people unwilling to examine their certainty. So many people who don’t see how their satisfaction is directly tied to others’ oppression.

The millions who make up this 81% are clinging to their individual goals, beliefs, and platforms. They have closed their hearts to a world that is different from them, and everyone else is left screaming at their indifference.

This kind of contentment is dangerous. It is privileged and painful and appalling.

This satisfied and defensive 81% is appalling in its’ refusal to empathize with the lived pain of so many millions of people. And when they do it in Jesus’ name…….

People are watching! They see this God that you’ve erected, this God that prioritizes white feelings, white thoughts, white satisfactions. And it creates this vicious, dysfunctional circle.

“Why I don’t know Tom. Let’s shame people in a sermon and tell them how much harder they need to evangelize to their friends. We just need to be louder in our convictions. That’ll get them.”

“Good idea! What could go wrong with that?”

This refusal to reflect and listen is killing a segment of the church. Honestly, I am not that upset by  it. My personal opinion is that evangelicalism needs to be burned to the ground. There are many, many other denominations filled with people of all colors working for justice and equality.

The church will be fine without evangelicals.

But Evangelicalism has placed itself as the face of The Church, and therefore when people see that, they don’t think about the Methodists or Episcopalians who are not part of that. They just see ‘Jesus’ and walk away.

The arrogance and stubbornness of this particular white subset of Christianity is doing lasting damage, to both people and the church.

There is nothing about that that should bring satisfaction.

Writer at Caris Adel
Caris is passionate about justice, history, and how they intertwine (or so often don't, as the case may be). She is pursuing a degree in American Studies and Public History, and while she can often be found with a book in her face and a coffee in hand, she also spends some of her time homeschooling her 5 kids.

The Point of Christmas