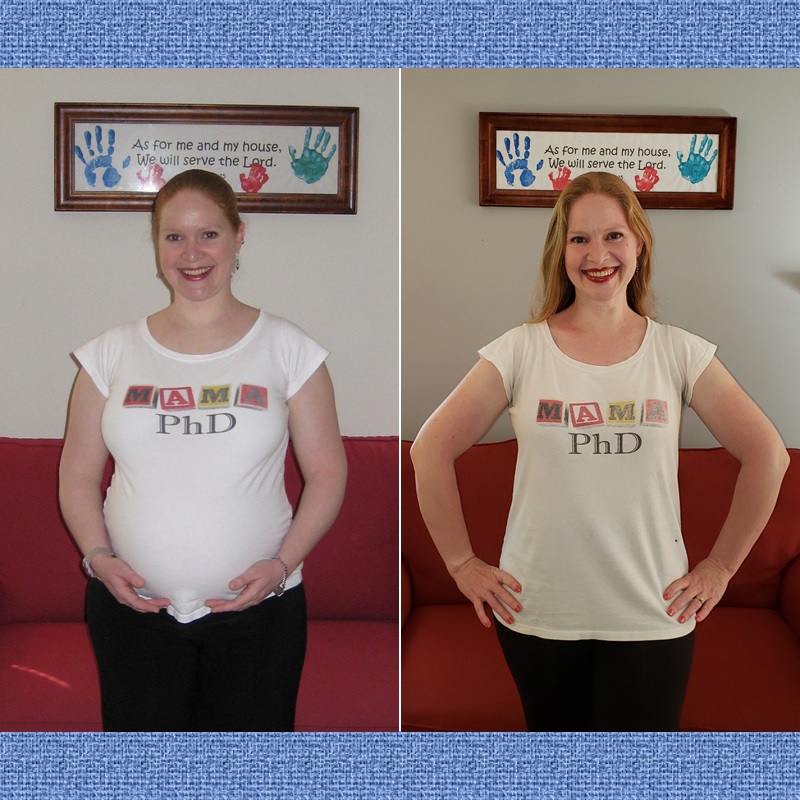 Not too long ago, my (admittedly limited) social media feed blew up with something called “The Ten-Year Challenge.” I scrolled through predictable pictures of glossy people apparently untouched by time, alongside regular folks like me who have (shockingly!) aged ten years in the space of a decade.

I pulled up a random picture of myself circa 2009, and, just for fun, decided to recreate the picture now. I’m ten years older, my favorite shirt’s a little worn, I think I lost that pair of earrings…and the baby bump that was swelling my belly has become my ten-year-old son. It seems cliché to say “I couldn’t have known,” because we can never know what the new lives we grow will bring us. This is always true.

And yet. I couldn’t have known.

Ten years ago, I was mother to a four-year-old and a two-year-old, hugely pregnant with a baby that felt like it would never come. As early-spring snows rendered the sidewalks in our neighborhood icy and impassable, I beat a path around our carpeted living room every night, determined to jump-start my labor.

“Mama, we walkin’ again?” my two-year-old would ask, jumping off the couch to walk with me.

What felt like endless weeks of trudging circles around the living room eventually gave way to labor. Both of my previous babies had been fast deliveries—my second, so fast he was caught by a doctor I’d never seen before and would never see again, a doctor who raced into the room just in time to catch my baby while my own doctor was scrubbing up.

But this third child just didn’t seem willing to leave my womb.

“Why isn’t the baby coming?” I begged as I pushed, the words from a Sarah McLachlan song running through my head:

The baby I would soon be introduced to as my son was nearly a pound bigger than my second baby (who himself was a nearly a pound bigger than my first, which I didn’t think boded well for the possible future-baby trajectory). This baby was also face up, for my entire labor, with his hand in a fist alongside his head. He refused to turn or shift positions, so that is how he entered the world: face up, fist ready. We joked that maybe he was trying to tell us something.

“I’m surprised you didn’t break your tailbone,” one of the nurses quipped later. “A baby that big, face up, huge head? It’s practically a miracle.”

“My tailbone is already broken!” I replied. I had broken it while chaperoning a youth group missions trip right after college, when I fell down a hill while hiking and didn’t stick the landing.

Sometimes I think God was communicating everything I needed to know about my son right there in the delivery room. I don’t often ascribe these types of messages to the Divine—that’s not how I’ve ever experienced my faith—but if that was how I experience my faith, I would say God was speaking to me then. I would say God was telling me: I will give you what you need to raise this child. I will break you—literally!—but I will give you what you need.

This baby was going to be different. He was going to do things his own way. And raising him might break me, but God had a plan. God was breaking me, getting me ready, years before my son was even born. Maybe God was even singing:

Maybe God was promising to hold me, too.

Because this hurt would also bring unimaginable joy. This baby would see the world in ways like no one else, and through his eyes, I would, too. This son would stretch our family past our breaking point, and make us even stronger. This boy would test the mettle (and the limits) of his special education team, but would also teach us new ways to see beauty: beauty in the unexpected and the different and the broken. He would make our worlds more beautiful just by being in them.

The other day my ten-year-old son walked out the door toward his bus stop, calmly reciting Pokémon evolutions, only to turn around and come racing back to the house, feet pounding.

“Mom! Come quick,” I heard him call, the Pokémon abandoned. I dropped whatever I was doing—as I’ve been conditioned to do—and ran.

“Bring your phone!” he yelled. “I saw something beautiful! We have to take a picture.”

I slowed my running feet ever so slightly, once I knew the urgency was the pursuit of beauty and not something dangerous. Yet I followed my son, who led me straight to our neighbor’s driveway.

“Look at that,” he repeated. “Isn’t it beautiful?” He pointed to a spot on the driveway where a few small puddles had recently evaporated, leaving damp marks slightly darker than the rest of the worn asphalt. It was not something I would ever think to call “beautiful.”

And what I see is beautiful.

A Baby Bird and a Woman of Valor

One thought on “The Ten-Year Challenge”