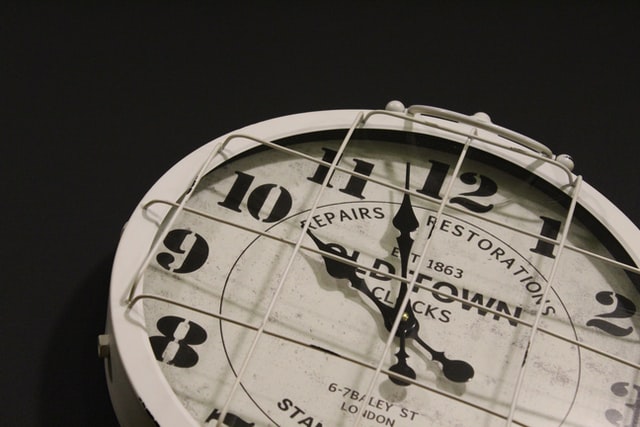 “Stifling order or cataclysmic chaos” are the two options offered in the finale to Disney Plus’s new series Loki. This stifling order comes in the form of institutional reign with little regard to the individual needs of people. The alternative, however, with nothing in between, is the horror of anarchy. At least this is what the institution in Loki’s world wants people to believe.

In phase 4 of the Marvel universe, episodes streamed on the site continue the stories of some of our favorite Marvel heroes. These shows include Wandavision, The Falcon and the Winter Soldier, and, most recently, Loki. In these shows, situations that directly concern the characters are addressed. For the Scarlet Witch (Wanda), it’s dealing with her overwhelming grief but also finally understanding the true nature of her power. For Falcon and the Winter Soldier, it is coping with the loss of Captain America and finding a way to honor his legacy. For Loki, however, the central premise revolves around how one finds their place.. Loki is a complicated character, and this abstract thematic concept actually fits well with his character as portrayed in the films.

The Question of Submission

In the 2012 Avengers film, Loki demands a crowd of onlookers to kneel before him (see the scene here). He says, “Is not this simpler? Is not this your natural state? It’s the unspoken rule of humanity–that you crave subjugation. The bright lure of freedom diminishes your life’s joy in a mad scramble for power and identity. You were made to be ruled. In the end, you will always kneel.” In many ways, his speech echoes the words of institutions throughout the breadth of history.

Despite his display of power, Loki is vanquished in this film and becomes a begrudging assistant to the cause of the Avengers against Thanos, and this philosophical side is never seen again. That is, until the Disney Plus series. Here the very issues of free will and governing authorities are brought into question.

In the final Avengers film, the Avengers go back in time to get the stones so they can save the people Thanos removed. They go back to the moment when Loki is defeated to retrieve the mind stone. In the original film, Loki is arrested and taken back to Asgard. However, in  Endgame it shows Loki accidentally getting the Tesseract and using it to get away–something that didn’t happen in the original film. This scene is hardly commented on in the larger plan to defeat Thanos, but viewers are left wondering how this might change things.

Who’s in Charge of Time?

In the Disney Plus series, we see that immediately after Loki gets away, he is apprehended by the Time Variance Authority (TVA) whose job it is to protect the Sacred timeline from any abnormalities.  This means getting rid of (or “pruning) any people or timelines that don’t fit. Instead of “pruning” him, however, they enlist him to help find another variant of himself who has been eluding them.

The series follows Loki and Mobius (the TVA agent who recruits Loki) tracking down this Loki variant. This variant happens to be a woman who calls herself Sylvie. Syivie was taken by the TVA as a child, but she escapes from the TVA before they “prune” her. She then spends her entire life on the run from them. Her one goal in life is to see the TVA destroyed. She communicates this with Loki when they are trapped together on a doomed planet. During this time, Loki and Sylvie develop a bond and work together to find out who is behind the TVA.

Sylvie and Loki find the Timekeeper (the person who started the TVA).  He turns out to be an ordinary man but one who is not surprised to see them. He eagerly explains how the TVA really came to be. He states that when the world first realized the concept of multiverses, things went well and everyone was happy to share knowledge. However, it didn’t last. Eventually,  they started fighting each other for dominance. The Timekeeper discovers a way to stop the fighting and control the timeline (so there was only one) bringing peace to the multiverse. He ends his explanation with:

“I keep you safe. And if you think I’m evil. Just wait, until you meet my variants…Here’s the gambit: Stifling order or cataclysmic chaos. You may hate the dictator but something far worse is going to fill that void if you depose him.”

Sylvie, distrustful of the TVA, calls him a liar, but he counters that there really is no other way. They now have a decision to make as he has chosen them as his replacement. Either they kill him and have “infinite devils” or they run the TVA themselves. When Sylvie goes to kill the timekeeper, Loki tries to stop her and they fight. She believes Loki only cares about gaining power (which is consistent with his character). He tries to convince her that he has changed. Finally, Loki pinpoints their problem: Sylvie can’t trust, and Loki can’t be trusted.

For Sylvie, the greatest evil of her life has always been the TVA. There is nothing else that can be worse than them to her because they have hunted her since childhood. To her, chaos is preferable to their rule. Loki, on the other hand, has seen evil outside of the TVA and has some idea of what the TVA has been protecting them from. While he does not agree with some of the methods of the TVA, ultimately, he leans towards understanding what they are trying to do. Loki is not a team player, however, which Sylvie knows. The lure of power is one that he cannot resist, so his hesitation is suspect to her. He has, she believes, too much in common with the Timekeeper and his desire for control.  In both situations, their experience defines the way they relate to the institution. One seeks to destroy it, and the other seeks to control it.

In the midst of this conflict, we also consider the complicated connections the other main characters have with TVA. For Mobius (and others) who have served the institution with their lives, learning that the story they have been told is not the truth, is shattering. They still believe in the bigger picture of what they are trying to accomplish, but they no longer see it with the clarity they used to have. The falling of the institution has muddied the waters. They are still swimming, but they can’t see where they are going.

We can find ourselves in these characters, particularly in regard to our relationship with the church. Because, whether we like it or not, the church as an institution has wielded power over the centuries. For those of us in positions of power and privilege, it is hard to understand the perspectives of those who have only interacted with the church in painful ways. For those who have been trodden underfoot, it is equally impossible to see any redeeming features of the church. And then there are those of us who have been faithful followers but have been shocked to see the harm that has been perpetuated within the church. Faith in God is not shaken, but faith in the church has been demolished.

In Loki, we see Mobius battle on believing there is still good work to be done. Loki and Sylvie’s paths are still unresolved with future episodes to reveal their fate. However, for every one of them, the redeeming factor is their connection with others, not their connection with the institution.

It All Started When I Owned my Doubt

Belonging to a Broken System