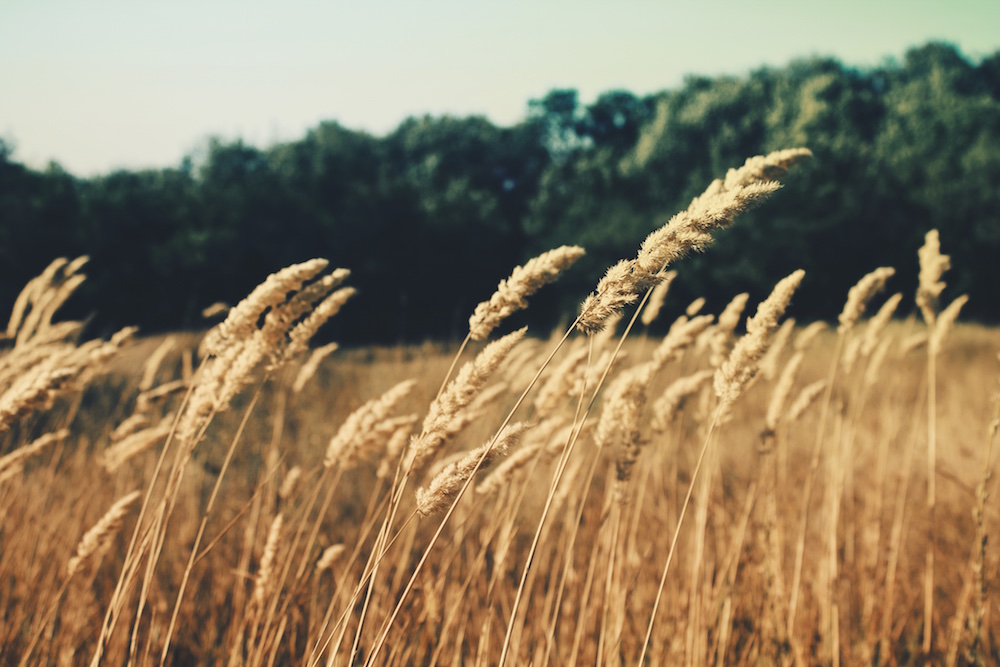 When my twin sons accidently caught 17-acres of land on fire while filming a World War II movie with their high school friends, it wasn’t the scorched trees I remember most. Or the helicopters flying over head to drop water. Or even the news stations capturing the flames on camera. It wasn’t the shots of nearby residents emptying their million-dollar homes of irreplaceable objects in case the fire took over.

What I remember most of that event came the next day after the smoke-filled air cleared and a kind detective arrived at our house with a lovely offering for my sons—the gift of words spoken over them like a blessing.

After the fire had been extinguished and all the equipment returned to the stations, the detective came by to tell us about the $150 fine and how things could’ve been much, much worse if there had been loss of property or life. My sons hadn’t run from the accidental fire they started when they foolishly used fireworks in a drought to create war special effects for their film. They stayed to battle the flames long after it became unsafe for them. The detective knew these facts and offered grace to my sons who felt like they had committed an unforgiveable crime.

He led one of my sons to the end of our driveway, out of ear shot from hovering parents and said, “Don’t let this situation stop you from pursuing your dreams.” Instead of shaming, chiding, warning, lambasting, he offered kindness (and a small fine for a fire that probably cost taxpayers tens of thousands of dollars). Both of my twins would go on to major in video production in college and work as videographers today.

Sometimes I think about this man’s actions toward my sons and wonder how many other scores of people he has calmed and redirected in the decade since the fire. How many traumatic or stress-filled situations has he stepped into and extinguished with his use of words?

This detective used words for healing, but words can just as easily be spread as poison to betray, spread sarcasm, heap on criticism, backstab. I’ve experienced them as poison—and used them as poison. The greatest tragedy for me is that I’ve used words as poison to those very people I love most in this world—my family. When my sons were young, nothing pained me more than to see hurt reflected in their eyes after I blasted them for their behavior instead of offering patience and grace. I like to think their startled eyes have changed me, but I’m not always so sure.

And I carry the effects of the toxicity of words spoken to me that should’ve been retracted a long, long time ago—or never spoken at all. My mother’s last words to me, delivered before the snap of our relationship and her diagnosis of cancer that would take her life, expressed such disdain for me, something no parent should ever utter to their children. She died without a retraction.

I carry those words and write about them way too often for someone who has seen many decades of life. Without retractions, we have the potential to remain stuck as the daughter (or son), always longing for a parent to offer the balm of love-filled words. Ironically the only healing remedy for the use of cruel words would be more words. Different words. Apologetic words. Replacement words. Retracted words.

During my troubled teen years when I had lost my way, my high school English teacher read a short story of mine, written because I was the new kid in the school and had no friends, and we were assigned to do a group project together. No one invited me to join, and I felt too shy to barge in on a group. So I approached my teacher and asked if I could write a short story instead, something I could do solo. He agreed and I wrote about a young couple saying goodbye as the husband went off to fight during the Revolutionary War. It was hardly Hamilton, but the teacher returned the story with an A+, and the words, “This is brilliant.” Simple words of praise that planted a seed that took root for years beneath the soil and one day contributed to my confidence to be a writer.

We have such power to be vision casters for good in people’s lives, offering the power of words to broken, wounded, weary travelers we meet every day. May we scatter powerful and life-changing words like blessings spoken into the wind to be spread across the land, falling on all who come in our path.

Linda Mackillop
Although an empty nester, Linda MacKillop continues to reflect on how the rich season of parenting shaped her. She writes both fiction and nonfiction and her work has appeared in the literary journals Under the Sun and Relief among others, and in Everbloom, the Redbud anthology published by Paraclete Press (2017). Linda earned her MFA from Rainier Writers Workshop in Tacoma, Washington and lives in Chicagoland.

The Weight of Our Words

Books Can Keep You Stitched Together