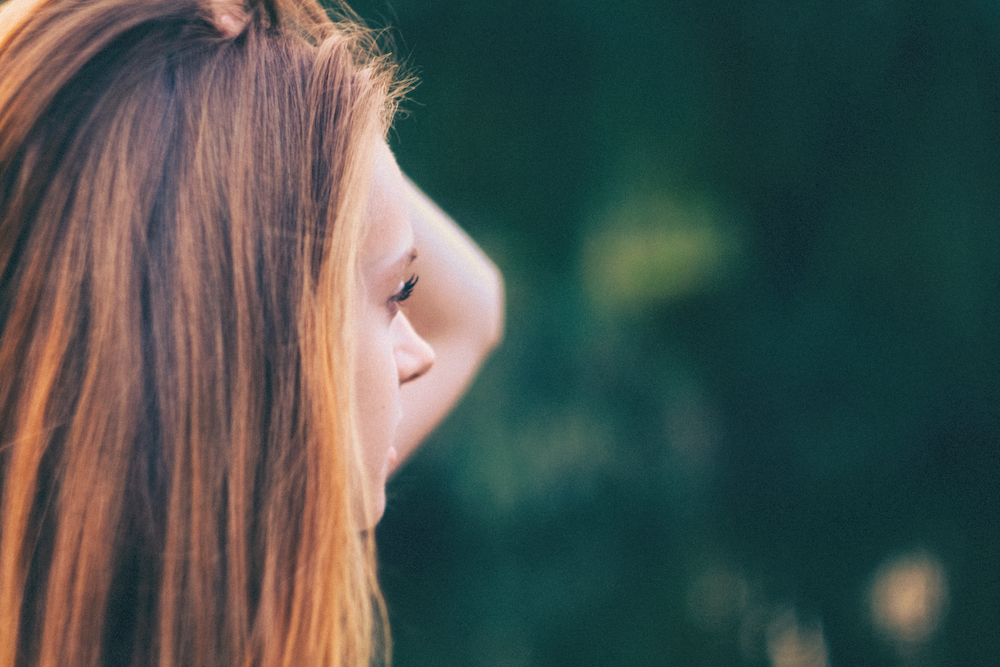 I had prayed this prayer before, but much more calmly, confident God would come through. But he hadn’t, and this time it was with much more anguish that I cried out to him, or maybe to nothing, in my head.

I kicked off my bed sheets in frustration. Hot tears filled my eyes and fell across my temples, as I stared at the ceiling of my first post-grad apartment.

My recent struggle to claim the Christian faith I grew up with as my own is not a foreign concept. Many evangelical children of the 90s have doubts, and they either get through them with a stronger, redefined faith in Christ or they don’t. But the anxiety surrounding my struggle to believe is doubled by a seemingly unrelated thing: I’m single.

The thing is, I’ve always felt strongly (and studies have shown) that couples who have the same religious views are more likely to stay together. But when my own assurance of Christianity is shaky at best, what does that mean for my hope for a partner?

When I’m feeling confident that God is who he says he is, and that it’s on me to cultivate my own personal experience with Him, I want to find someone who believes the same. Then there are other days when I am so full of doubt that any Christian who seems confident that God hears our prayers, is moved by them, and speaks back to us, is almost offensive to me. Much of the time I’m on the very cusp of believing, and I want to meet a man who is so perfect for me that only divine intervention could be responsible for such a miracle. I’ll have no choice but to wholeheartedly believe that God is real. I’ve actually prayed that before. A little lofty, right? The pragmatic part of me knows that that’s not really how love, especially love over time, works.

There are essays upon essays on both of these separate “conditions”— a doubting Christian and a single woman. These blog posts and articles expound at length on the fear, anguish, loneliness, and frustration that come with both. And on my worst days when I feel like one “condition” is contingent on the other, the cycle feels never ending.

But I never want the work that goes into figuring out my faith to simply be a means to an end . I have lived enough in my 25 years to know that that’s not authentic or life-giving. Worse than becoming an atheist would be pretending to be a full-fledged Christian just because I think being involved in church could help me find a husband and eventually help my marriage succeed.

While I’m still in the thick of this struggle, it’s taught me to lighten up a little bit. In the past year or so, I’ve become more accepting of this whole faith thing as a journey. I’ve read countless memoirs of people with the same doubts, the same problems with the church, and the same anxieties. They have made me feel so much less alone, and a small part of me notices their ability to have seemingly well-adjusted lives (with spouses!) while living in the tension of sometimes believing in the God they grew up with and sometimes not.

For the most part, I love my single life. I started writing down the reasons being single is awesome-lots of leftovers, no one to consult with before spending money, spontaneous road trips, etc. What they say about cultivating gratitude as being the key to happiness is true. While I do feel strongly that I want a husband to share my life with one day, I now realize I need to maximize this time of singleness and not wish it away.

I still worry about finding a partner, but I know I need to figure this faith thing out. First, I need to calm down. I don’t need to pull my hair out figuring out my stance on every bit of controversial theology by tomorrow. It’s not as if several suitors are banging down my apartment door, waiting to woo me should I decide that YES, I do in fact identify as an evangelical. I’m trying to listen, really listen, to older, smarter women who have been through some things. Women who have struggled with their faith, who have been married to someone who didn’t believe what they did, who never married. I won’t be passive in my search for God, waiting for him to reveal himself to me, but instead I’ll pursue him and the truth, knowing that the path won’t be a straight line. And as far as the guy goes, I’m learning to trust the timing of my life. Maybe the right one won’t come along until years from now, when I’ve hopefully solidified my beliefs. Maybe I’ll meet him tomorrow, and he’ll be in a similar place as I am  spiritually. I certainly won’t wait for an epic breakthrough God-moment before saying yes to a date with the cute guy I’ve been getting to know. A little dinner never hurt anyone, right?

I did not have any idea what to expect. END_OF_DOCUMENT_TOKEN_TO_BE_REPLACED

Alex Ethridge
Alex prefers editing the words of others over writing her own, and is obsessed with her alma mater and current employer, the University of Missouri. She wholeheartedly believes that even the smallest of occasions deserve celebrating, and will therefore use any excuse (gorgeous weather, #tacotuesday) to gather her friends together. She hopes to one day help writers, specifically women, craft their stories into blog posts, essays, and books they’re proud of.
Latest posts by Alex Ethridge (see all)

4 thoughts on “Skepticism and Singleness”