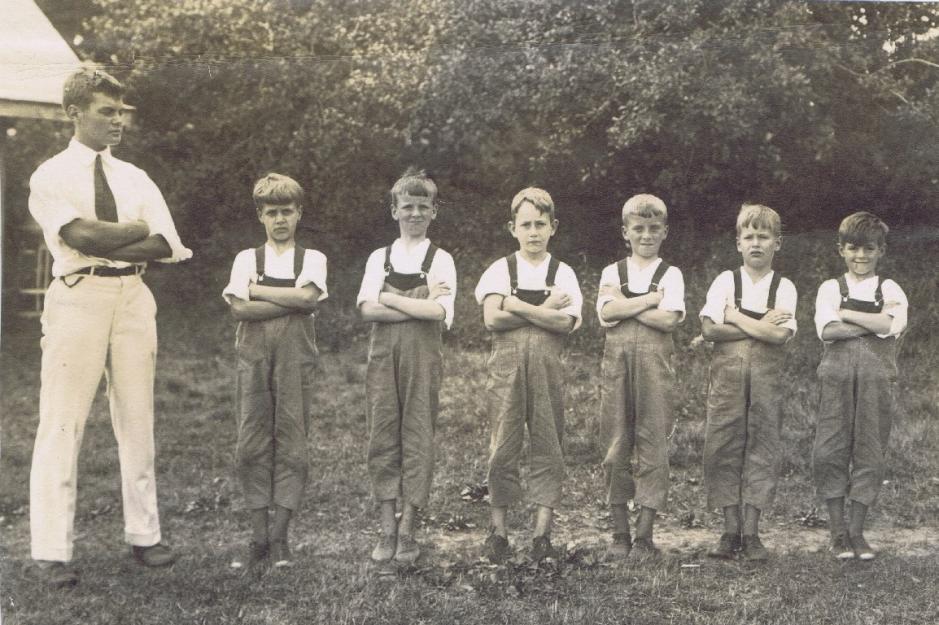 It’s a classic childhood game. Kids invent things to do and compete to see who follows the instructions best. But the players get so conditioned to following the instructions, they obey even without the authority of Simon—and forfeit.

This is how authority works, especially for people like me who are prone to following the rules and who deeply desire to be considered “good” (see “Type 1” on the Enneagram). We learn early that obeying instructions makes people happy with you. They tell you how good you are and show you off to their friends. They reward you with more freedom and responsibility. They don’t spank you as often. They don’t whisper about you behind your back (you hope).

Watch closely the next time you see a group of kids playing this game. How many of them hesitate after an instruction is given to make sure it was given by Simon? How many of them rush to be the first to obey?

Disobey Simon, and you’ll get an automatic loss. Obey too often, and you might face the laughter of your peers, but you won’t be alone in your mistake. It’s better to obey too much rather than not enough. Everyone knows that’s how the game is played. Everyone.

I was raised in a system of authoritarian Christian parenting, the sort taught by the Pearls and the Gothards of the world, though a little less extreme. Under that system, children had no rights; their hearts were said to be full of rebellion that had to be beaten out of them with the rod (or five-gallon paint stirrer from Home Depot). Instant obedience was the hallmark of holiness.

When your whole life is one big Simon-Says game, you don’t stop to question who in the world Simon is or whether he’s qualified to be in charge. You just play the game and hope for the best. Hesitation isn’t worth the risk—a lesson not easily unlearned when you turn 18.

I’m not sure I’ll ever be able to stir paint again.

Take ten giant steps forward. Mother, may I? No, you may not.

Another game of control. This time, obeying the instructions isn’t enough—never mind that it’s totally rigged and if the kid in front hates you, you’re not getting anything but baby steps the whole game.

No, you have to express your deference by asking permission to follow the instructions.

On the advice of some Christian parenting guru, my parents gave us a way to disagree with them while still showing the respect our authoritarian upbringing required (after all, if we were allowed to disrespect their authority, we might disrespect God’s one day).

Once accused of wrongdoing or disobedience, we were entitled to ask, one time, “May I say one thing?”

My stomach still does little flips at the thought of asking that question. It wasn’t just a way to be polite, like saying please or thank you or the dozens of other little phrases we use every day. It was subjugating my ability to express myself to the will of authority. I had to ask for the right to explain or defend myself, for the ability to speak without fear of punishment, every single time. And the answer could always be “no,” if the authority thought we didn’t have anything worth saying.

Even though the authority was trying to be fair, we had to wait on their judgment to see if we would be allowed to speak, because talking back was as bad as murder. The Bible said so.

No wonder my words are all stopped up. I still feel like I need to ask permission before I speak, especially if I know the authority will disagree with me. There is a powerlessness deep in my soul that stifles the words I know are inside.

How do you break free from Simon Says and Mother May I when they’re all you’ve ever known? Some have a dramatic awakening. For others, it’s a long, slow slog.

Years later, my words still have a hard time getting past the invisible hand around my throat. Only the four-letter ones were strong enough at first.

But once those words were mine, others followed. Song lyrics I repeated over and over. Quotes from books that pointed me back to myself. Whispered words of love and care to those who hold me gently, remind me to breathe, and make space for my soul. Fighting words to those who would put me back in my cage.

The words are clumsy sometimes, and ugly others. They’re raw and real and not suitable for children. But I’m prying them loose one by one and unleashing their power on the world.

And one by one, they are freeing me.

I did not have any idea what to expect. END_OF_DOCUMENT_TOKEN_TO_BE_REPLACED

Ellie Ava
Writer at Ellie's Aviary
Ellie Ava is a freelance writer who grew up in a fundamentalist Christian subculture. She writes about life, the universe, and everything on her tumblr blog Ellie Ava.