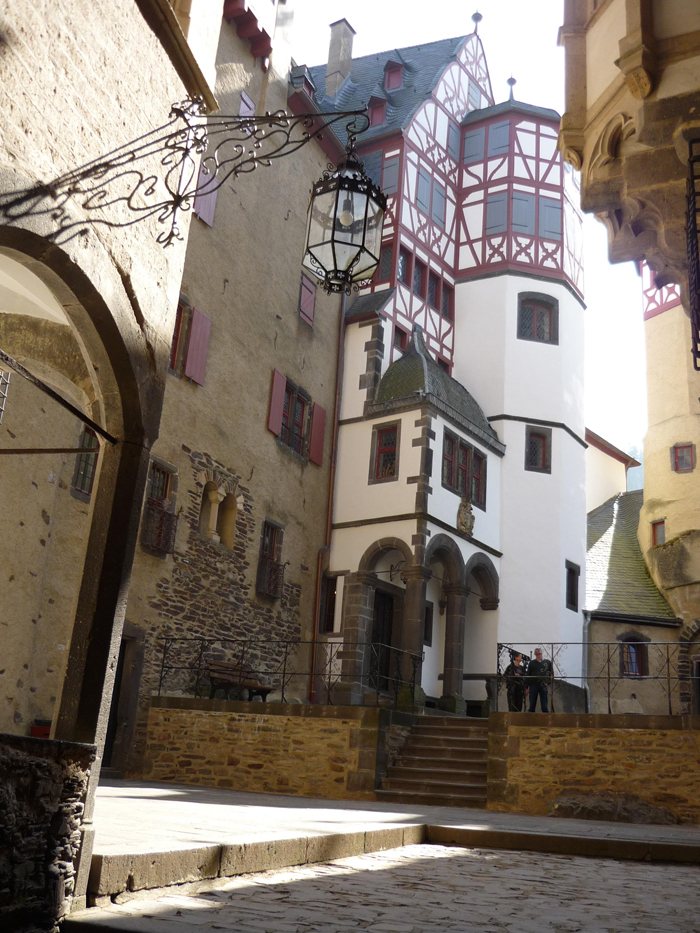 How do you decide to voluntarily limit the space you occupy in the world?

When I moved to Germany four years ago with my family, I thought we’d live the romantic European life. An apartment instead of a house and garden, string bags for the daily grocery shopping, errands by streetcar, vacations by train, and fresh vegetables from the market square.

First obstacle: the steep streets that led to our apartment were paved with concrete blocks and cobblestones and were too narrow for sidewalks. If you carried a bag of groceries, you scraped your knuckles on the facades of the half-timbered houses. If you walked in the street, someone drove up behind you and you had to hop out of the way. Europe is crowded. Someone always needs something right where you’re standing.

I switched to a bike, but when it was loaded with groceries, I had to push it up the hill. I took my youngest to school in the morning with public transportation but on the way back, the connections were so delayed that I walked. I thought three or four hours of walking a day was healthy. My knees didn’t.

We signed up for car-sharing, but the nearest car we could “share” was in the valley. After we returned it, we still had to walk up the hill. But this was our chance to live like Europeans.

The carsharing company paid for gas, car inspections, and maintenance. We paid for kilometers and time in 1/2 hour units. It’s surprisingly fun to fill up the car with gas when the car-sharing credit card foots the bill.

There was one tricky part to the sharing. If the person after you found a scratch or a dent, you were liable for the repair costs. Even if the car was perfect when you dropped it off. You could buy extra insurance to cover it and we should have. Sharing makes for psychological problems. Unfortunately, it rains a lot in Europe and the combination of inconveniences and my tricky knee action made us buy a used Ford Fusion. Our families were glad we’d regained our sanity. We grieved that it hadn’t worked out. It felt so anti-environment and non-European and against our Vermont values.

We still use public transportation for longer trips and for daily commuting. In exchange for planning ahead, deciding on a departure time, and figuring out how to get to and from the stations on each end, we get the travel time to use as we like. When we hike, we take the train to a trailhead so we don’t have to “go back for the car.” Trains mean no messing with parking or traffic. No dodging race cars on highways without speed limits.

The tradeoff is the interaction with fellow passengers on the train–some of whom don’t want to share their space and would like yours as well, for their suitcase or just for their feet. If you have a bad experience with noise or dirt or pushiness, you feel like a kid in the back of an overcrowded school bus.

I remember when I first saw the crowdedness of Europe in another light. My husband and I were at our friends’ house for an evening. They had invited one other couple and the six of us sat on simple wooden chairs and propped ourselves up on the sturdy table until late in the night. We were talking about “God and the World” as they say in Germany—in other words, everything. The conversation had that listening rhythm. We said what was on our hearts and left space for each other. A pause. A nod of understanding. A smile. A thoughtful response from someone else. The candles threw shadows on the table; the glassware reflected the flames. I looked up at the flickering ceiling to see if I was really in this place. Beautiful, romantic Europe.

At some point, since I was studying for my German driver’s license written test, I said something about the bike, bus, tractor, and pedestrian traffic on our medieval street. “In the U.S., a street as narrow as ours would be one-way or maybe even closed to all but one kind of traffic.”

My friend and her husband looked at each other, considering the choice in a silent conversation with their eyes. Then he smiled at me. “Then I think I’d rather share.” My friend nodded her agreement.

In that moment, my view of my neighborhood shifted. I still have challenging times, but when I remember this choice, it helps. We can choose to build more life, more joy, and more generosity into our lives. When we practice sharing with graciousness, something changes. Taking turns lets us honor each other and that gives us all dignity. More people get their needs met with the same resources.

I didn’t find the romantic life I was looking for in string shopping bags or streetcars. I found it with friends who listened. Friends who were willing to share.

The life I want turns out to be a practice of the heart.

I did not have any idea what to expect. END_OF_DOCUMENT_TOKEN_TO_BE_REPLACED 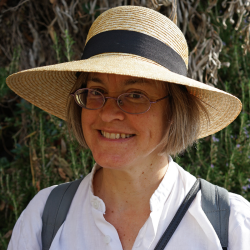 Laurel Decher
Laurel Decher writes stories for kids about all things Italian, vegetable, or musical. Beloved pets of the past include "Stretchy the Leech" and a guinea pig that unexpectedly produced twins. When she's not lost, she can be found on Twitter and on her blog, This Is An Overseas Post, where she writes about life with her family in Germany. Her short fiction for adults, UNFORESEEN TIMES, originally appeared in Windhover.

5 thoughts on “Sharing: A Practice of the Heart”