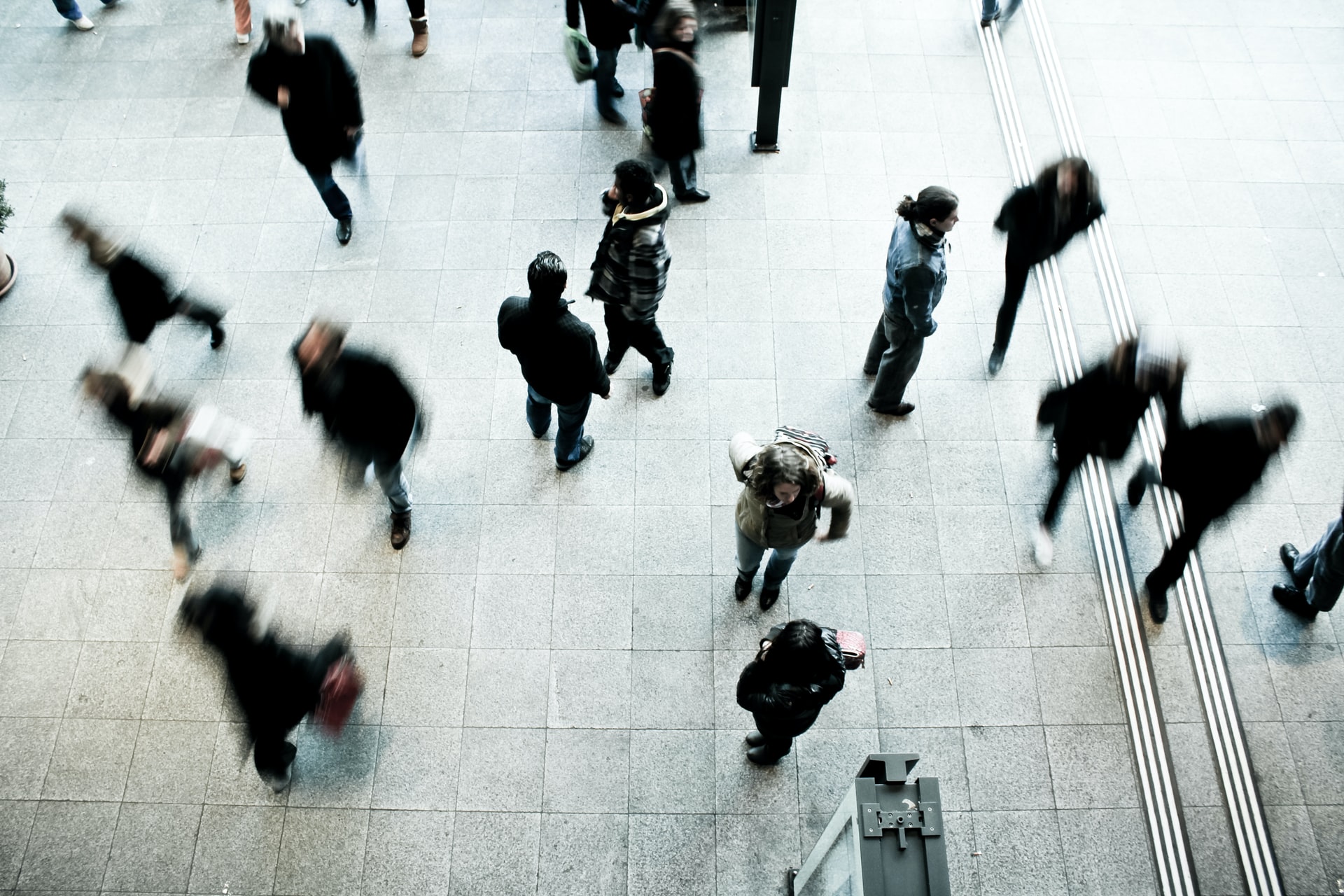 As I walked down the uneven sidewalk, I was overwhelmed by the sheer amount of people swarming past me. Many carried umbrellas (though there wasn’t a cloud in the sky), some impossibly napped while squatting, while many others walked oblivious to the body spaces of others. This was a typical day walking in a city in China, where I lived for one year in my early twenties. I went there as an English teacher, but I was also there to be a witness for Christ. I had many hopes coming into this experience, but I was not mentally or spiritually prepared for what would happen, or really for what wouldn’t happen.

My group of 10 Americans were stationed in a small Chinese boarding school on an island off the southern tip of the Guangdong province. We had been trained to expect culture shock, but we were all still taken off guard by how hard it was to adapt to another world. Though we had our own rooms, we often felt the invasion of privacy that comes from a culture more communal than our own.

Does It Make a Difference?

It was a place of beauty—amazingly blue skies, stars so bright I felt I could pluck them out of the sky, and yellow and orange flowers clustered together in medians. It was also a place of unfamiliar and often unpleasant smells. There were squatty potties (as we called them) and food markets with unrefrigerated animal carcasses on display. The sensory overload was part of the pressure. However, in the end, the most frustrating part of the experience had little to do with the cultural differences. Instead, it was the futility of it all. I was burdened by the absolutely tiny offering of my service to such a huge population of people. It deadened me inside, causing me to give up even before my time had completed. I felt a kinship with the disciples who, when asked to feed the thousands with a few fish and loaves of bread, asked “But what is this among so many?”

Many years and many more humbling experiences later, I am beginning to learn how much we complicate ministry. We mean to do well and to make a difference in our world. However, it often seems our actions are driven by fear and guilt, emotions impossible to maintain. This frenetic, guilt-driven style inundated with programs and rules can make many of us wonder where the light and easy yoke Jesus promised could be found.

How Should Serving Look?

It was during a missions trip to Peru where I was called on to teach the three parables from Luke 15 that I had a glimpse of why I was so burnt out.  Luke 15 contains the famous Parable of the Prodigal Son. But this chapter includes The Parable of the Lost Sheep and the Parable of the Lost Coin. Each had a similar theme, and a common hermeneutical stratagem is to pay attention to parts of scripture that include repetition.

The Parable of the Lost Sheep

It starts with a question: “What man of you having a hundred sheep, if he has lost one of them, does not leave the ninety-nine in the open country, and go after the one that is lost until he finds it?” His question is intended to draw out their hypocrisy. They show more care and are more diligent with their animals than with those they are meant to shepherd. He goes on to explain how once he finds the sheep, he rejoices. He even goes so far as to invite his neighbors to celebrate together and compares it to the celebration that occurs in heaven whenever anyone repents. (Luke 15: 1-7).

The Parable of the Lost Coin

This parable continues the theme. He asks a question, but this time it is a woman who has lost her coin in her house.  She searches diligently until she finds it. This parable also ends with a call to a celebration where she invites her friends to rejoice. This too is compared to the angels of God rejoicing when anyone repents (Luke 15:8-10).

The Parable of the Prodigal Son

The final parable is more detailed story and contains a notable change—the lost item is a person. We are introduced to a family: a father with two sons. The younger son requests his inheritance early (basically wishing for his father’s death) and goes off to “reckless living” while the older brother stays behind to work with his father. Eventually, the younger son runs out of money and, destitute, ends up caring for pigs until he remembers his father’s home. He determines to go home, apologize, and to ask to be treated as a servant.

When he gets home, however, his father rejoices. He throws a party to celebrate his son returning. The older son is indignant, feeling that his years of faithful service have been neglected. The father responds, “Son, you are always with me, and all that is mine is yours. It was fitting to celebrate and be glad, for this your brother was dead, and is alive; he was lost, and is found” (Luke 15:31-32).

Most of us identify with the items or person who was lost and then found. Jesus’s intention with these parables, however, was to focus on the response to God’s work. In fact, all of the parables explain that we as believers have all been invited to celebrate.

Who Is Really Doing the Work?

Note who does the work in all of the parables. The one who has lost something is the one doing the searching. The shepherd, the woman, and the father have different approaches for their different situations, but it’s always the right one. The shepherd loses his sheep close to home but far enough away that he must leave his sheep to go and search. The woman loses her coin at home and searches diligently until it is found. The father, in a change of pace, does his searching by waiting for his son. In each case, what was lost was found, and the climax of the stories is not the search, but the celebration. In fact, the criticism of the older son in the last parable is his lack of joy, his refusal to enter the celebration.

It’s easy to feel overwhelmed by the need in our world, to doubt even that God is actively at work. But these parables remind us that He knows exactly what is needed in every situation—for the person lost at “home”, for the person who just wandered a little bit away, and for the one in full rebellion. In other words, God knows what He is doing.

Henry Blackaby states that “We don’t choose what we will do for God; He invites us to join Him where He wants to involve us.” The pressure is off us because it isn’t about us. It’s about Him and what He is doing. We are not bearers of the full weight of the world. We are those who are just happy to be at the party to celebrate someone else’s reunion. For many years, I viewed my year in China as a failure because I judged it by the number of converts (which was 0). That was supremely arrogant of me. These parables remind me that I am not the one doing the work, He is. Instead, I am going to keep my eyes open and look for the party!

I did not have any idea what to expect. END_OF_DOCUMENT_TOKEN_TO_BE_REPLACED