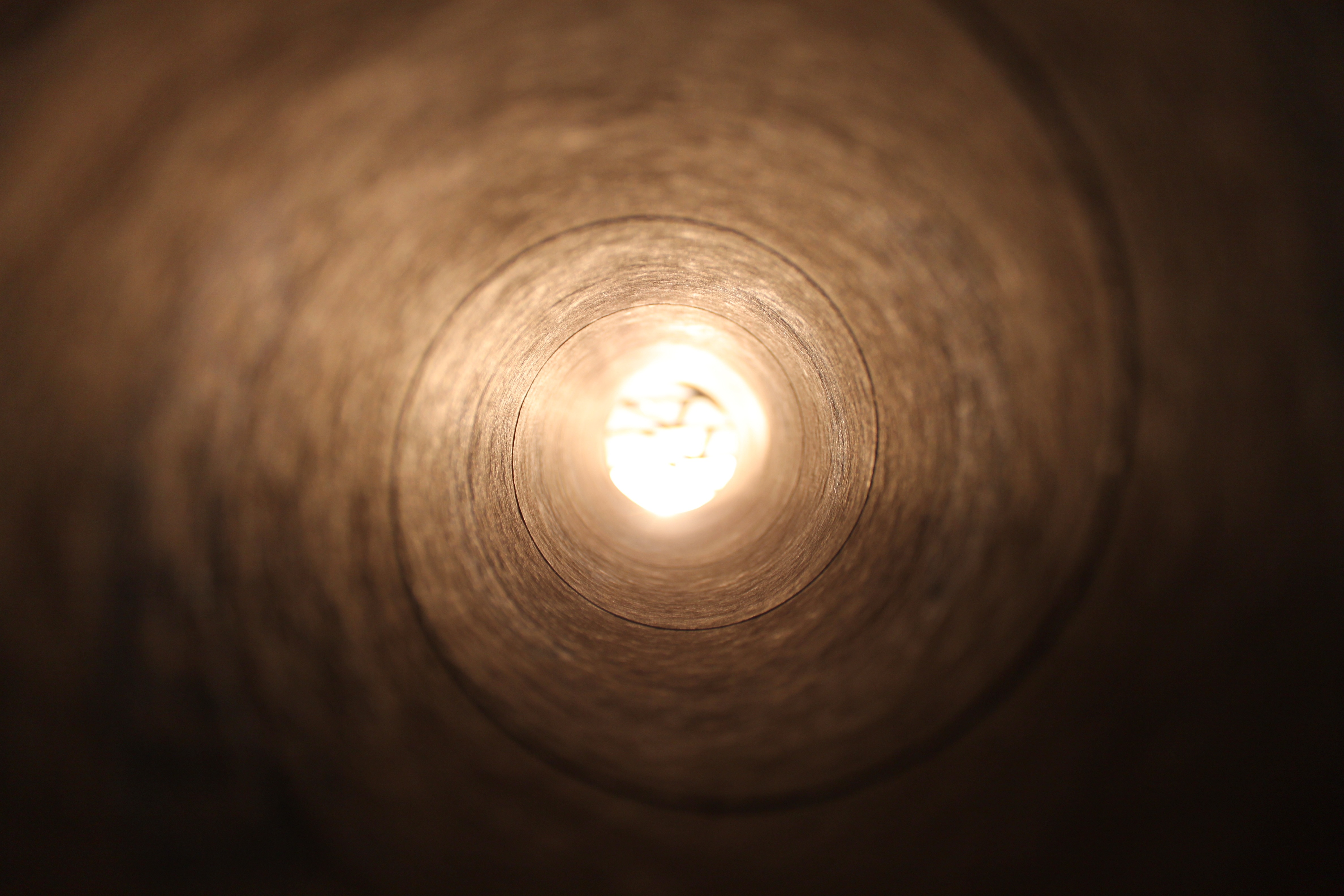 For a three-month stretch when I was seven or eight, I tried to learn how to pray.

When I couldn’t sleep, I’d pull a children’s prayer book down from the shelf and move it to the crack of light that shone in from the hallway. I opened it up to the Lord’s Prayer and read through the words, hoping that praying would do something.

About a year before, my parents had sent my older brother to a Christian children’s home called Sunshine Acres. Then they put my older sister in a psych ward at a local hospital. In about a year, she’d join my brother at the Acres, permanently.

I was praying in the eye of a hurricane that was not quite finished destroying life as I knew it.

At the time, I didn’t really know I was praying because of the chaos in my family. I didn’t connect those dots. I just felt like something was wrong, was scary, and hoped prayer would help me stop feeling afraid.

Looking back, I am astonished that my first instinct was to open up a prayer book. We weren’t going to church right then. The Presbyterian church I had been before we moved to a new city was nice, but like many churches, its niceness seemed like the niceness of school: lovely and wholly unconnected to terror.

After a few weeks of this, I stopped getting the book off the shelf. I stopped trying. I didn’t decide God was a fairy tale. I just assumed my technique was lousy. I had no problem believing that God could fix me. I just thought I needed to try harder for me to hear him talking.

Look: I am so grateful I did not take the silence as confirmation that I was alone in the universe. (I wish I had not decided that it was my fault.) But my heart aches that I got nothing audible back from my prayers.

This isn’t just a “pie in the sky” wish. As an adult, I’ve prayed and sensed God’s presence and direction so powerfully that it might as well be an audible voice. I have been enfolded in safety and protection and love and had my whole outlook change.

But it makes me ache, ache, that when I was little, I didn’t get any of that. I had no idea that Jesus was with me.

I have to be honest: I have no idea why. Why wouldn’t God give me a taste of revelation when I was desperate and without any power? I mean beatitudes, anyone?

Why did it take so long for help to come?

Why is it that so many children suffer so much, with so little done about it? Why are they alone in the dark in the first place? Why do little kids often get the least help when they have the fewest resources?

I know that I survived without God’s revelation there in the dark. I know that somehow my heart stayed tender towards Jesus and other people, and that when I had enough theology to reach out again, I did it eagerly. I know that in the end, I got the revelation, and it saved my life again and again.

You know what, though? I’m allowed to grieve with that young girl in the dark.

Maybe I’ve learned this: revelation is lovely. But it is not the same thing as salvation. I wish I had sensed God’s presence with me as a child—oh, I wish I had known he was there with me. But me knowing or not knowing it did not change the fact that God was with me in strength and power with every one of his angels. He was there.

It does not take away the ache. But it helps to know that what I took as absence was only silence.

It can take a very, very long time for us taste salvation. In the meantime, it can feel like God is not coming. Even blessed, desperate, helpless children have to wait.

Is this good news? I don’t know. But it helps me to say it out loud, because it’s both the truth, and the only antidote for the “try-harder” lie I internalized as a small child.

If you don’t hear the voice of God when you are praying, it is not because you are doing anything wrong. I completely understand getting pissed off at God about this. Feel free. But please, don’t get pissed off at yourself.

Revelation is not a guarantee, and it is not doled out because we’ve earned it. Revelation, like so much else about God, is a grace-filled mystery.

I think the waiting must be necessary. It’s not a punishment or a trick to goad us into performing like trained monkeys.

Regardless: even though I ache when prayer feels like a brick wall, I trust God’s holy stillness has its own purpose. Perhaps a long wait, helpless and hopeful, is the revelation we have been dying for.

Sometimes, silence is the most holy place.

Prayer in the Night Review

22 thoughts on “Revelation is Not a Guarantee”