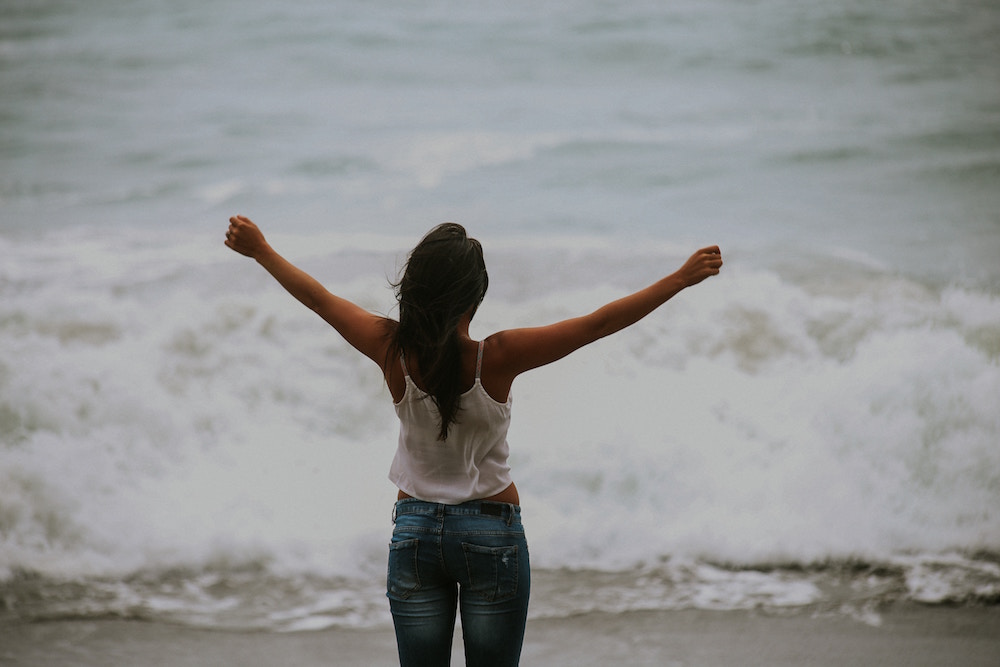 My laugh is a guffaw. It can pierce your ears or shock you if I’m not careful. In church, at Starbucks, anywhere in a crowd, people are unsure of what to make of such a loud laugh coming from me.

I’m a 5’2” Korean-American woman in her mid-30s, but most people would probably think I’m just a little Asian girl. I prefer jeans and a T-shirt, flip flops most days, and a non-serious demeanor. People mistake me to be 5-10 years younger than I am, and though it is a huge compliment, I wish I didn’t have to change how I look, how I dress to be taken seriously for who I am: a leader.

I was taught that being a female in the church meant staying in a certain lane of gifts and talents. It meant behaving a certain way, dressing a certain way. I was taught women couldn’t preach to or teach men, though if they had gifts of leadership or teaching, they could teach women and children. Women were to be gentle, submissive, wear modest clothes, use little makeup. In order not to be a vice, a temptation, a stumbling block to the brothers, it was our responsibility to be “good.”

Add to that the layer of my race and culture, and the ceiling over my head drops even lower. The ideal Korean woman is demure, quiet. She defers to the man whoever it might be in the situation. She stays in the background, most likely with an apron on, preparing a meal, some snacks or fruit perfectly cut and peeled for the men to enjoy.

For most of my life, I accepted those descriptions and expectations as part of my lot in life. I even considered it a badge of honor if I could fulfill them. I didn’t question them or think to be something other than what I was taught and what I saw in the church. Even though I already possessed and displayed leadership qualities and skills, I didn’t realize the ceiling was making it too cramped for me to stand up. There was only enough room to sit down and stay down.

So I did. For many, many years. I still led in different capacities, I taught women and children, but it wasn’t until this past year I realized the ceiling above me was there and that my legs had fallen asleep. I stood up to my full stature, stretched my legs and arms, and I realized it’s not only ok to be an Asian-American woman leader, it’s good to be one. This is how God fearfully and wonderfully made me, and I can be fully who I am- a leader who impacts and leads both women and men, a writer and speaker of truth- without apologizing for it, without having to explain away my gifts or hide behind a man.

I realized it’s not only ok to be an Asian-American woman leader, it’s good to be one.

Nothing has changed on the outside. If we were to meet each other in person, you’d still see a short Asian girl in skinny jeans and a T-shirt and flip flops. You’d see a stay-at-home mom, a homemaker who cooks, does laundry, and manages her ordinary life. If we talk long enough, you’d hear my loud laugh. And still, the sum of what you see might not look like a leader. But if you hear my stories, meet the people I mentor, see how God speaks to me and through me,  you’d understand that being an Asian-American woman leader isn’t a paradox. The two adjectives don’t contradict what a leader in God’s kingdom can look like or be like. Instead, together, they describe someone that is needed in the church, not just for women and children but for all people.

God made woman in the Garden and called her ezer: a warrior, defender, protector. At the end of that day, He saw what he had made and called it “very good.” That is what He says about me as I stand in the fullness of who I am as a woman, as a Korean-American, and as a leader.

You Were Made On Purpose

Preach Hope to Me: I’m Afraid That My Inner Jackass Is My Real Me