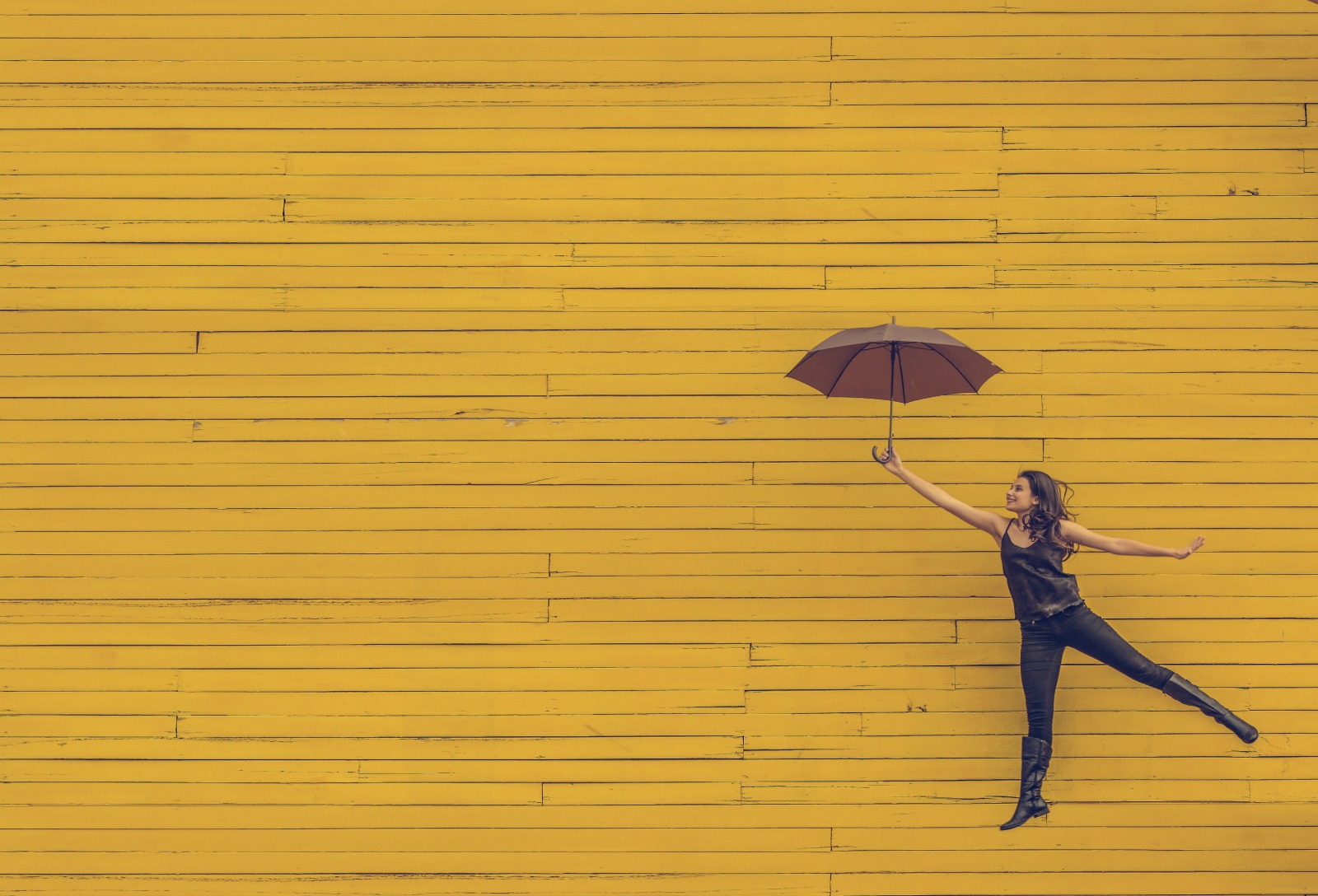 I picked the wrong week to return to Facebook.

It’s no secret, I have a small capacity for the constant churning machine that social media often is. Most days, it’s loud enough in my own head without adding voices of dissent and dissatisfaction muddying up my synapses. I suppose this is one right of the mentally ill. The removal of oneself from the entanglements of being ever present, ever vigilant, and ever available is self-care at its highest form. Maybe that’s true for everyone, but (most) people give me a pass if I’m not online for weeks. Maybe it’s the margin to heal that leaves my laptop collecting dust and my phone on silent in my purse.

It’s not great for building platform or growing an audience for my writing, but it keeps me from not being around in a few years. I’d say that’s a good trade.

Still, I made my comeback after several months of relative silence and logged back into my Facebook and Twitter. It was the week of the inauguration and Women’s March. Now you may be one of those people who selectively chooses friends online who most always think as you do and live as you do and therefore like, post, and interact as you do. Maybe that’s how some people survive the hostile waters of online social interaction, they simply keep their heads down and avoid the waves. But it’s safe to say that for many of us, that’s not the case.

You might have a crazy uncle who always posts fake news or a fellow church member whose Facebook opinions not only clash with yours but are diametrically opposed. You, like me, might scroll through your feed and find endless controversy from one post to the next because your friends and family are from such diverse viewpoints. You, like me, might find it hard not to feel outraged yourself by the things being posted.

But outrage is exhausting and destructive after a while unless it’s impetus is channeled somewhere meaningful. It’ll sure get you going, but it often doesn’t end well.

We got a puppy at the end of October because as a homeschooling mother with bipolar depression trying to write my book and make sure I get a shower every once in a while, my life wasn’t busy enough. That’s another story for another time. What is relevant is that a few months in, despite our attempts at socializing him and training, we realized our puppy was showing signs of fear aggression. Suddenly his hair brush would elicit a low growl, he was unpredictable and snappy at times. I started researching solutions.

There are two main trains of thought regarding dog training and behavior. One is old school and often relies on punishment, dominance, and flooding. You are basically showing the dog who’s boss and in turn will have a pet who is submissive to you. The problem is they’re often resentful, distrustful, and scared of you too. Their training methods included advice to grab at the dogs collar when he growls, shaking him and yanking it. To hold him down on his side or clamp his mouth shut tight until he stops struggling. These tactics can include prong collars or choke chains, shock collars, and a practice called flooding.

The idea goes something like this, your dog has an irrational fear like his hair brush in the same way we have irrational fears like spiders or the dark. The method for curing these phobias is to “flood” the dog with the scariest thing possible, like holding him down and brushing him to then prove it’s not scary at all, thus curing him. Imagine yourself locked in a room of spiders to overcome your fear of spiders. That’s flooding, and although some psychologists still advocate for its efficacy, it’s also predicated on the fact that a human can understand the process and consent, while a dog is just scared out of its mind.

The other problem is for many dogs, flooding backfires and instead you have what psychologists call learned or induced helplessness. I won’t bore you with all the cruel science details, but basically dogs who were shocked and not given a way to stop the shock would often just lay down helplessly getting shocked even when transferred to a pen that could easily be escaped by jumping over a small divide. On the contrary, dogs that were able to stop the shock in some way quickly avoided subsequent shocks in the divided pen by jumping over because they had learned that their actions could work to eliminate pain. The others just thought why bother and gave up.

So why am I talking about shocking dogs and conditioning? Because I’m tired and it’s late, but also because outrage at high levels for a continuous amount of time feels a lot like flooding. The thought process behind flooding is that you face your distorted fears at such a high level of arousal and stress eventually you just shut down. You’re provoking trauma. Adrenaline and fear response is limited. It can’t perpetuate itself without an eventual crash and the inevitable docility and abandon that comes from being spent is supposed to reprogram your reactions. Your emotions basically go dormant waiting to resurface and possibly erupt.

You just relent to the stimulus and hope you survive. I’m kind of kidding when I say Facebook is like that, but I’m also kind of not.

Last week, I logged on and scrolled past countless posts and links and comment tirades from every possible vantage point but the one commonality for the ugliest ones was outrage. How could so and so associate with so and so and such and such!?! How could so and so call themselves a Christian if such and such and this and that? We feel entitled to make grand sweeping statements aiming at whoever is in our targets at the time but the same social connection that draws us to social media is the one that makes it easier than ever to disconnect.

Now let me preface this with a small disclaimer. I have thoughts and opinions I’m passionate about. I get angry. I get frustrated and yes, I get outraged. Being a Christian will do that to you because when you care about the Imago Dei and the Glory of God in this world, and you see the church prostituting herself, or your neighbor hurting, you get kind of fired up, or at least you should. Even Jesus was known to flip a table or two. But there’s also the Jesus that rebuked Simon Peter when he chopped off a servant of the high priest’s ear after they asked “Lord, should we strike with our swords?” Jesus’ obvious answer was, “No more of this!”  Some of us have tongues as sharp as swords, and we’ve gone all rage-faced and stabby in defense of Jesus, just like Simon Peter did.

I don’t think outrage brought on my our convictions is in itself bad. But the constant level of outrage for outrage’s sake is like that limp dog quivering in the corner because no matter what you say or how eloquent your SHOUTY CAPS are, the human spirit can only endure so much before we too shut down.

Eventually we’re useless to jump the divider and heal, and instead we remain in our shock and pain.

You can’t just erase outrage, no matter how hard you hold it down. It will always morph into something else. Possibly apathy, maybe resentment, or fear or hate. For me, it’s often exhaustion, a bone deep weariness and a slow steady downward bend towards cynicism and despair.

Needless to say, we went a different way with dog training. We chose positive training which relies heavily on reinforcing positive behaviors and redirecting their fears towards productive outcomes. I carry cut up hot dogs in small Ziplock bags in my pocket. Sometimes I forget they’re in there and I find them when I’m doing laundry. I don’t just teach him not to jump up, I teach him how to sit instead. I don’t just chase him around the house trying to get the tissue he dug out of the trash, I teach him to drop it happily on command. It works (most of the time) because right now, I have hot dogs. He knows he can release the grubby old tissue because he’s going to get something better. Trainers call this the higher value lure. It replaces something they think they want at the time with something they didn’t even know they want but is much better. It also creates happy feelings in my puppy and a general sense of peace.

Maybe it’s this way for us too? Maybe we can channel our outrage into meaningful things that actually give hope instead of just growling and guarding our tired old bones. Maybe we can do more than just shutting down, instead replacing our outrage with action and remembering we’re not powerless. Let’s be slower to speak, quicker to listen. Slow to anger, and rich with unfailing love.

Maybe grace can make a way forward, and the gospel can do what it was always meant to do: leap the great divide.

16 thoughts on “Outrage Fatigue and Leaping the Divide”