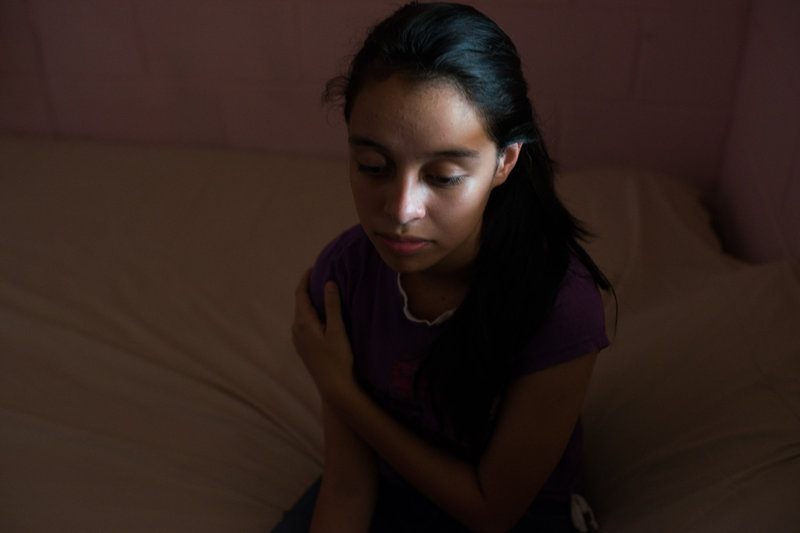 The 9 year old girl had arrived from El Salvador two days before. Her mother was listening desperately to a lawyer giving an orientation to a group of women about how to file their own asylum applications, being as there is no possible way we can provide them all with legal representation. I had given the girl a coloring book and she was making beauty with careful strokes while she told me a horror story about the beating of her brother by the Mara Salvatrucha mafia and the police. “Sangre salio de su cabeza, de su boca, de sus oidos, mucha sangre” (Blood came out of his head, his mouth, his ears, lots of blood) she said with wide eyes. And then she whispered, “Pero ya estamos bien.  Vamos a quedarnos aqui.” (But now we are ok; we are going to stay here.”) Unfortunately, the Obama administration (the Obama administration!) has prioritized the deportation of mothers and children from Central America if they have deportation orders. With a lawyer, 77% of them will get asylum. Without a lawyer, 93% will end up with deportation orders and be deported back to hell. San Salvador is vying with Honduras and Syria for the most murders per capita in the world. Our immigration system does not provide free legal defense to asylum-seekers, regardless of the objective situation that they are fleeing.

That little girl looks just like my Alina when she was 9. She looks like Alina’s cousins. After the workshop finished, I sat in my car and screamed.

The screaming is not only for the anguish of the danger that these children are in. It’s also for how little this matters to most people who don’t look like us. Last weekend I gave a mini-workshop to a group of mostly white young church leaders about the situation of the Central American Refugees. They are progressive; they went to the Inhabit conference recently and loved it. Most of them were tangibly uncomfortable when I shared my horror stories. One more overwhelming need—one more burden to take on—or not. Privilege means being able to choose your burdens. If you are born in this country and you are not related to anyone from Central America, you don’t ever have to think about what is happening in Central America or to Central Americans.

I understand. We can’t all care about everything and everyone. Not enough bandwidth in the human psyche. Me too. But—the world knows that Jesus has come because of the unity of his followers (John 17:21). This has to mean more than Methodists and Baptists getting together. (I have noticed that denominational ecumenism doesn’t seem to convince the world that the Messiah has come.) How can our love cross the boundaries of race, culture, national identity? The early church did it, and shared power in the process. (Notice the Greek last names of all the deacons in Acts 6). That little girl isn’t just my people; she is our people. Ojala primero Dios that enough of us can live that truth with enough passion and persistence to save her.

Alexia Salvatierra
Rev. Alexia Salvatierra is the co-author of Faith-Rooted Organizing: Mobilizing the Church in Service to the World and the founder of the Faith-Rooted Organizing UnNetwork. She has been a Lutheran pastor for over 35 years and serves as a consultant for a variety of national and international organizations. She has been a national leader in the areas of working poverty and immigration for over 20 years, and she is adjunct faculty at the New York Theological Seminary, Fuller Theological Seminary, Eastern University, Universidad Teologica de la Iglesia Apostolica, New Theological Seminary of the West, Haiti Partners Interseminary Micah Program, and Duke Divinity School Summer Intensive. She also has taught at Vanguard and Biola universities as well as lecturing at a variety of academic institutions, including the University of Southern California and UCLA.