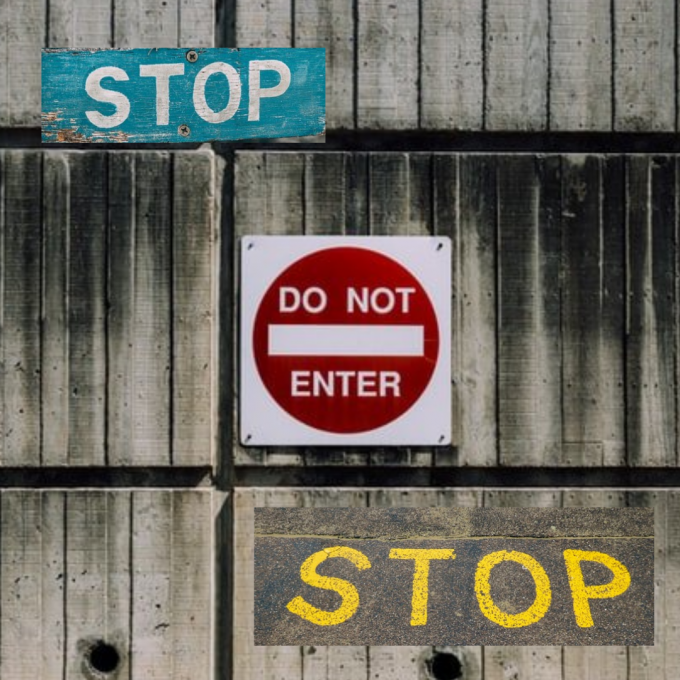 OBEY. It’s a four-letter word—at least, that’s how I think of it. I associate this word with punishment, negative emotions, consequences, rigidity, and legalism. The word itself makes me cringe at times.

It feels autocratic and one-sided, as in a command that also means, “Do what I say.” The word itself feels cold and authoritative. Can there be any warmth or joy coming from this four-letter-word?

Toddlers don’t like the word, either. After all, their independence and ego are developing and they are finding their “own person,” a person different from (but still close to) their parents and caregivers. Yet they still must learn that they cannot get everything they want, and boundaries exist for their safety.

Even as adults, who among us likes to hear the word “no”?  Indeed, some of us never outgrow (or never learned) to understand the word “no”, we cannot get everything we want, and there are times we must obey another. Healthy growth means we understand we cannot have everything we want, and we must obey rules, and that we are not exempt from obedience.

We obey traffic laws and adhere to the laws of our land (most of us), and follow other unwritten laws, social mores, rules in our workplaces, and in our schools. The vast majority of us don’t live recklessly disobedient to the laws in our society.

I know some of the negative association I feel stems from being human, a rebelliousness in myself. But, it also stems from personal experiences. Perhaps it is an issue with authority. Perhaps it is also associated with individualism in American culture. Maybe all of the above are true.

However, for me, some of the negativity also stems when a person in authority requires obedience without accountability, specifically teachings by leaders to “obey” stemming from a patriarchal mindset. To say that such obedience is required and necessary, but without the necessary mutual accountability, bothers me.

Problems arise when obedience is required by a person in authority without accountability.

I’ve heard it preached over and over about the roles of men and women, and the verses pulled out are lopsided in favor of one over another. Some verses are cherry-picked and held up over others as banners of Godly and good behavior.

Men have misused certain verses to manipulate women—pastors and leaders as well as others in the church. People have misapplied these verses and used them against women to keep them in abusive marriages, and in places to keep their mouths shut. The gross misogyny is glaring to me. And let me put it this way: I loathe it.


People have misused certain verses to manipulate and control.

Perhaps that is why the word “obey” is so loaded for me. As someone who’s experienced this kind of teaching and treatment, I want to run away, far away, in the other direction. Because if this is church, and what church is about, then I can’t participate.

Is this what Jesus preached? The man who looked tenderly upon women and saw their intrinsic worth? A carpenter whose lineage included women who were outcast and ostracized, and who appeared first to women after his resurrection?

Jesus didn’t exactly obey every manmade law: he actually disobeyed some of the more stupid ones. You may remember that Jesus healed on the Sabbath and he got in trouble for it. Someone needed help and he helped them, but it was on the wrong day of the week. Yes, it is as absurd as it sounds.

He disregarded societal expectations about who to hang out with, because he dined with sinners and tax collectors. Jesus didn’t hang out with the popular crowd. He did the opposite of what those in power and in charge did. He even spoke to women, women who needed to hear words of truth and to be seen by someone who could really see them.

On the contrary, I see another four-letter-word associated with this man, and that is LOVE.

Jesus didn’t force people into obedience. He loved them. Love precedes obedience. We obey out of love, not out of compulsion, fear, or dread of punishment. Jesus showed us a better way, a better way than legalism: it’s the law of love, a law higher than any other law.

So, put me in this camp, even if it means stepping away from some places. It seems to me that many arguments over who can speak and who can’t and who is in charge and who isn’t stem from a position of power and a desire to control rather than to love. Yet love remains the higher law. If we’re looking for what to obey, obey this: the law of loving one another.

2 thoughts on “Obey: a Four-Letter-Word”