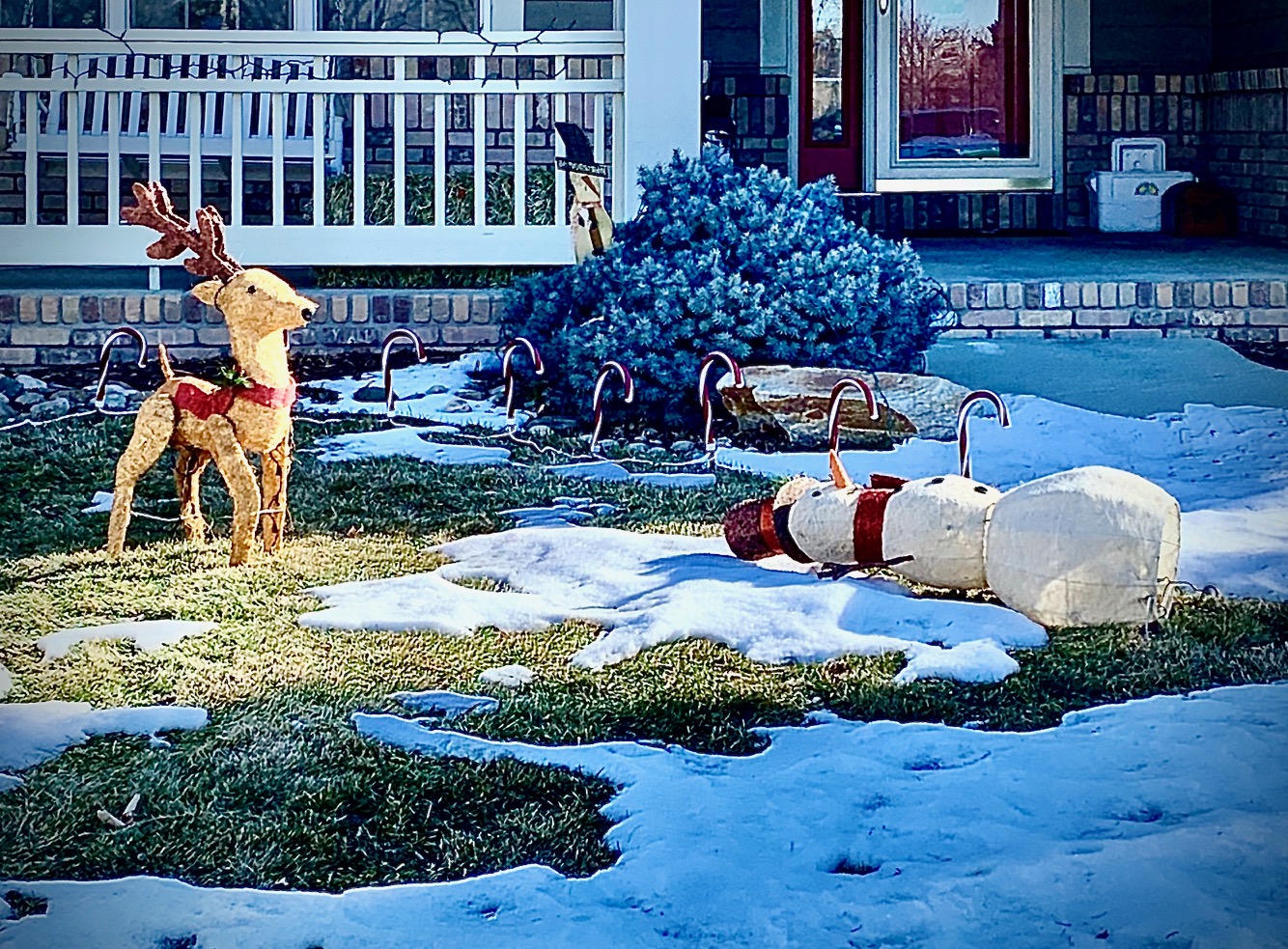 I went through three Advent calendars this year.

The chocolate kind; maybe it was four.

One was my daughter’s. I was forgiven upon upgrading it to a higher-caliber chocolate one. Eventually I ate that too, and we settled out of court.

Psychoanalysis of this penchant leads me down infinite rabbit trails, so I’m sticking with a singular theory: These prematurely opened doors expose my disdain for gradual revelation. I am not for the slow unfurling of things. Hit me fast and quick and preferably with chocolate to soften the blow.

I can tear down my calendar, toss it in the trash, and rid myself of exactly none of it.

I am permanently scarred from the Christmas I learned that the Magi were missing on Jesus’ birthday. (This was far graver than leaning into Santa and discovering a counterfeit beard.) How, I lamented, could hundreds of Nativity sets be so wrong? (I still ask this. Often.) Why of all the players in this story were the wise men delayed from this revelation? They are the only proactive characters in the cast. These foreigners saw the light, persevered through twists and turns, and found the King of Kings (while the shepherds were spoon-fed).

Dragging out the knowledge of what we desperately need feels like a slow-moving car crash.

But here I am driving anyway. In these open spaces there’s only wind resistance and radio silence presiding over miles of piney foothills. It’s just me and the great wall of Rockies standing guard over the west. We’re abandoning Wyoming for Colorado gold — the spilling sunset over her snowy peaks. In this season especially, these stretches of grandeur restore my soul. But not this time.

As I teeter on the precipice of a new year, I crave a reset not a rewind. I want the crisp, clean snow blanketing the high country in January White.

The song loops in my head and speaks my heart:

“If nothing else, we’re given a little time
To change the game, a chance to redefine
Everything we are,
In our January white.”

The up-close views from here, though, are not so clean. The load I drag across this state line and into another new year is painfully prodigious. It’s a trunkful of unexpected and unwelcomed epiphanies. Each one is excruciating and life-altering for me and the ones I love. They’ve unfolded grievously and slow, culminating — almost as if by conspiracy — at this year’s end. I can tear down my calendar, toss it in the trash, and rid myself of exactly none of it. There is no clean slate or fresh start here. There is no January white; only a mix of mud and melted snow. Honestly, I’m not sure I can trudge through it all.

White denotes the season of Epiphany (Western Church tradition), and it seems anything but accidental. It reflects our longings for new vision and fresh revelation. Legend has it that bad luck ensues for those failing to take down Christmas décor after this church feast day. (It may prompt me to get mine down for the Super Bowl this year.) Twelve days after Christmas, the Feast of Epiphany recalls the first revelation of Christ to the Gentiles. This is the story of the Magi and the star.

I’ve mostly recovered from the trauma of chronologically-inaccurate Nativity sets, but the lag in this story still grates at me. This learned band had to pursue truth the hard way. It was a horribly-slow unveiling, riddled with speed bumps. Even their guiding light disappeared. When the star emerged again, it led to a commoner’s dwelling, not a palace.

I wish I were privy to the Magi’s thoughts and feelings. Their staying power through this labyrinth of revelation baffles me. What’s given to us is clear: The how was a wildcard but the Who was not. They relentlessly sought the one “born King of the Jews” and rejoiced “exceedingly with great joy” (Matthew 2:2,10) when their way to him — the star — reappeared. Upon finding their king, they fell to the ground in his not-so-palatial abode and worshiped him.

At the calendar’s end, I will always crave January White. I want to press my boots into fresh, new-fallen snow and make pristine tracks into the new year. I want to believe there are revelations waiting for me along the way — unlocked doors with sweet prizes inside.

I’ll pack up my Nativity set (post-Superbowl) and give the wise men the rest of the year off, after standing present and accounted for that “first night.”

But there’s still this dirt on my boots, and it’s caked on thick. My tracks are muddied with ugly truths I can’t cover. The way forward is veiled and shadows stretch across my path. It’s fraught with uncertainty and pain is certain. Nothing here promises pretty or predictable.

I think I’ll keep prodding forward. There are stories of a foot-washing King.

“They who follow God in the dark shall find that light is sown. . .for them.”