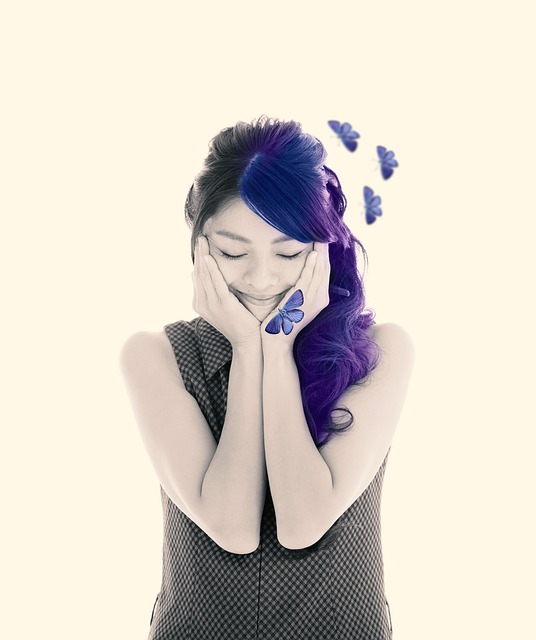 Ok, God. I’m ready. I’ve been in the tomb for a while now and, FYI, as I lie here, struck down by chronic illness, unable to get out of bed for hour after hour, day after day, week after week . . . year after year . . . I am MORE than ready to leave my grave clothes behind.

I have howled blood curdling, primal noises at the night sky.

I have read LOTS of Barbara Brown Taylor—and held an altar-call-for-one at her words: “New life starts in the dark.”

Don’t get me wrong, the “dark night of the soul” has been a faithful teacher. I have dug for treasures in dark places and I have found them (Isaiah)—for which I will forever be grateful. It’s just that, well, there’s only so much “tomb time” a girl can take. Yet here we are. Stuck at Holy Saturday; never quite reaching Easter Sunday. Like a butterfly still cocooned with its new wings, ready to get into the sky, but permanently frustrated by a chrysalis that refuses to give way. And trust me, I am so very ready for the sky.

Maybe resurrection isn’t something I’m waiting for, but something being curated within me, even where I am.

The hardest thing about tomb-life isn’t actually the hope of resurrection yet to be realised, but all the false starts along the way. Those times when you think that resurrection is just around the corner. When you can feel your wings pushing against the constraints of the chrysalis, believing there are cracks beginning to appear. You gear yourself up, poised to emerge as a glorious new creature. You’re thankful for the transformation process of course, and hold dear the newfound, precious understanding of suffering, but fundamentally you are excited that your faithful waiting has at last appeared to have paid off. You even congratulate yourself on “making it.” Then comes the crash and you realise: oh, no, not this time. You’ve pushed the energy envelope too hard and you’re back in bed for a month. What you thought —hoped—might be a new normal, turned out to be a borrowed truth; a fleeting reality, gone at the stroke of midnight when the carriage turns back into the pumpkin again. The cracks in the chrysalis were apparently nothing more than a mirage.

It’s not just personal either. Do you know how disappointed people look when I tell them that despite all their prayers and words and pictures from the Lord, I’m still very much here, in the dark, doing my not-quite-yet resurrected thing.

I’ll just be here then. Waiting. Admiring the new wings I have grown from within my chrysalis. Actually, I quite like them. So much colour. There’s vibrancy and depth. The patterns are exquisite. As they wrap around me like a blanket, I feel invigorated, peaceful and hopeful all at once. It’s a sensation I have not known before. Not quite like this anyhow. This is something new. Something honest. Something anchored. Something holy, even. Maybe I’ll just rest here for a while . . .

“Something new?” Perhaps new life does start in the dark after all. Could it be that this is also in some sense “new life?” Come to think of it, even Jesus resurrected inside the actual tomb, in the darkness, away from the world. He rose to new life, folded his grave clothes and THEN walked on out. Maybe resurrection isn’t something I’m waiting for, but something being curated within me, even where I am—you could say precisely BECAUSE of where I am. I mean, you can’t grow wings without a chrysalis can you?

Oh, I would love the chance to use these new wings of mine up in the sky. But in the meantime, knowing they exist, in all their splendour, is very almost enough.

And on my better days, I convince myself that emergence can wait. Resurrection is clearly still in progress.

I did not have any idea what to expect. END_OF_DOCUMENT_TOKEN_TO_BE_REPLACED 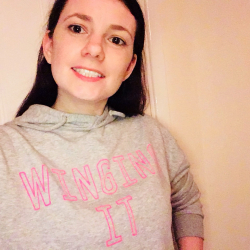 Helen Cliff
Writer at My Canary Self
Helen lives in Melton Mowbray, England, with her husband and small tribe of boys. Often found with Rooibos tea in hand and splashing about in theology. An unashamed disciple of Hope, Faith and Love, she blogs--sporadically, as health permits

When a New Diagnosis Brings a Storm