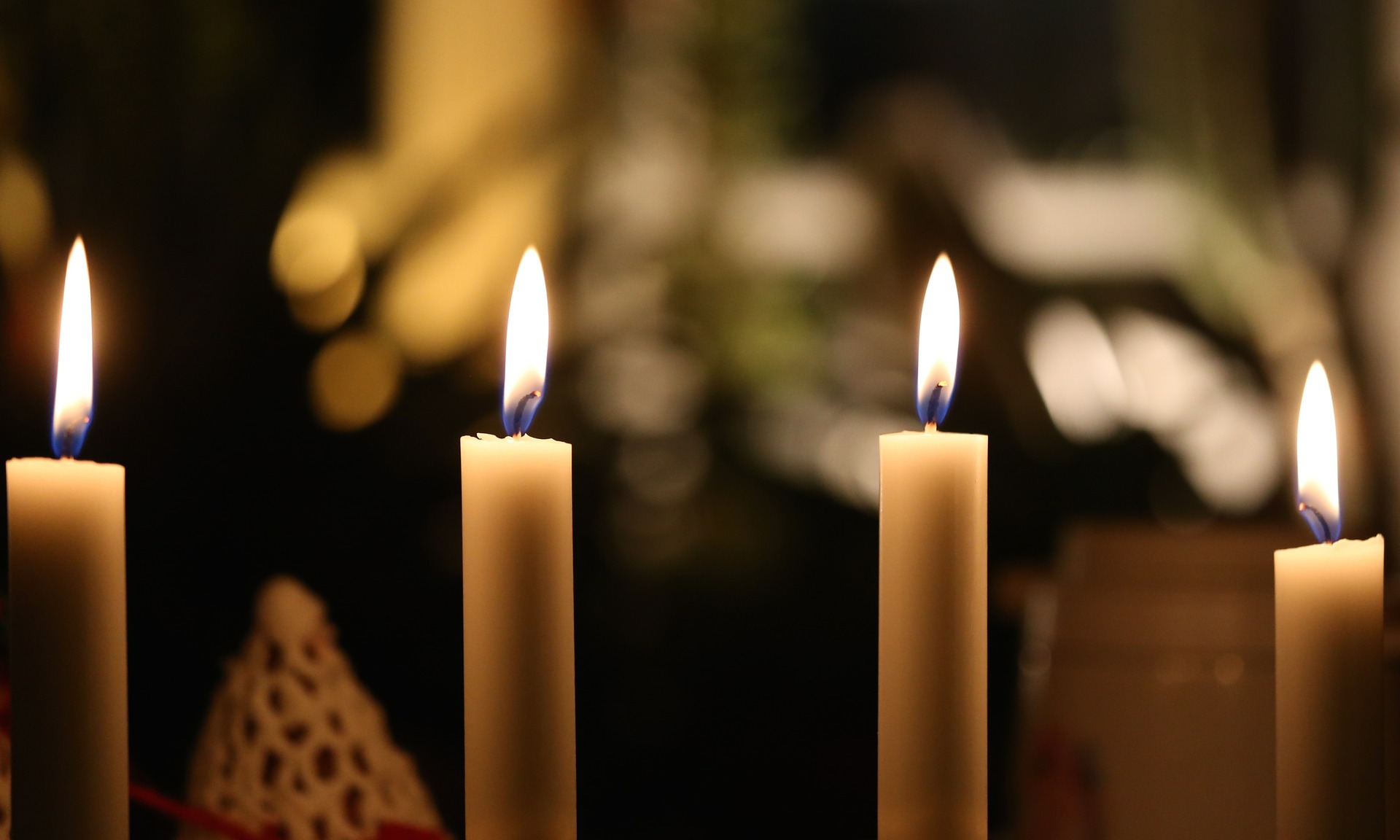 November blindsided me with its arrival this year. I know everyone says the years go by faster the older you get, but this year has rushed by with startling speed.

By the beginning of November I usually have the kids gather up some of the many branches that have fallen from the sturdy trees in our back yard. We string paper leaves from the branches placed in a vase and take stolen moments around the dinner table to jot down our thanks, to stop in all the hurry and be grateful.

The rain came in sheets this year. Busyness surrounded us, keeping us from our usual project as the month began. As the days passed and our little centerpiece wasn’t in place, I felt the chance to be intentional slipping away.

My heart skipped a beat when I realized a vacation planned in the middle of the month, along with a busy season at work and writing deadlines mean that Thanksgiving would come and go and then Advent would be upon us.

Advent. By definition this season is an expectant waiting and preparation for the coming of Jesus. I close my eyes when I think of the word Advent and picture candles lit, ornaments hung, carols sung. I think of a peaceful expectancy, a stirring in your heart that says something wonderful is on the way.

I open my eyes and the image disappears, replaced by parties marked on calendars, shopping lists, and presents to wrap. This season that leads up to the celebration of Jesus’ arrival on earth has become for me, as I suspect for most of us, anything but waiting.

There is an ache in my heart when I think of the days I know are just around the corner. I know it will come too quickly and depart before I have had the chance to really grasp it. Every year it feels like it slips away like a puff of smoke, disappearing before I can fully feel its presence.

Last year my kids would huddle around the life-size advent calendar we made out of envelopes with ornaments in them taped onto a board. For the first few days they would fight over who got to open the envelope that day and see what picture was tucked inside. They would color and listen to the stories that lead up to the story we are all waiting for, hungry for—the story that says our hope has arrived. Our waiting is over.

After a few late nights and getting behind on our little ritual, the envelopes piled up and there were more stories than we had time for. We found ourselves rushing through the story just to fit it in. It became a chore instead of a joy and my heart felt that familiar ache.

There never seems to be enough time for slowness, for savoring.

It’s just like Christmas dinner. We prepare for hours with recipes and prepping, cooking and baking. Then, it is over in mere minutes and it always feels like it went too quickly. We are full for a short while and then the hunger returns.

Before Thanksgiving was even here, I started thinking about Advent and how I could bring more of a spirit of waiting into our family. I started looking for my candles, the readings I try to do each week as I light them. I remembered how many of the readings focus not on the coming of Jesus as a baby in a manger but of Him coming again.

The ache I feel every year at this time, the longing for something more—it suddenly made sense.

We love the story of a silent night. We sing it with candles lit, hushed in reverence. In that moment, all feels calm and right. The silent night ended though, and as much as Jesus’ coming to this earth changed everything, much stayed the same.

We have a Savior but we still live in a broken world. We still ache for everything to be restored, to be made new and perfect.

Yes, there is hope. We know how the story ends. But we still have to live in the in-between. There is still an ache because we know there is pain in the waiting. More rushing and worrying will come. More holy and slow moments are in store, too.

So, this year I am thinking a bit less about the baby in a manger and more about the years the people of God spent crying out for Him to come, waiting and expecting. It wasn’t an easy waiting but one filled with longing and tears.

Hope comes to us and tells us we can hang on. We hang onto the knowledge that He has come.

Hope calls to us and promises the ache will not last forever. We cling to the belief that He will come again.

The God Who Waits