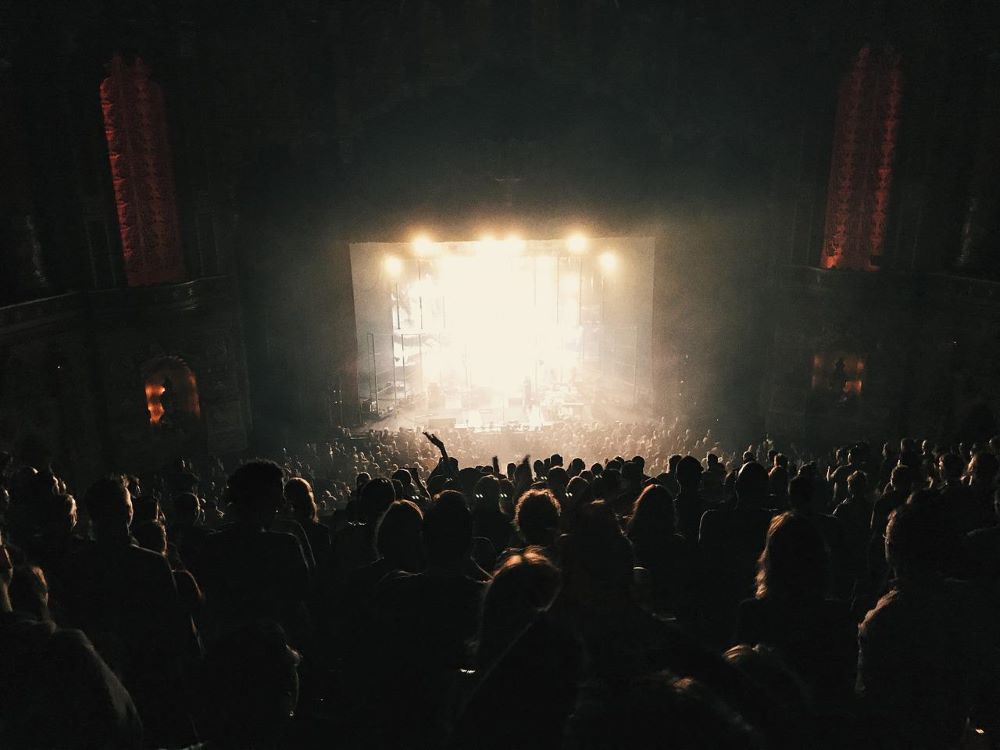 Stage lights shone on my two friends as they belted out “Making Our Dreams Come True” at our high school pop concert. For weeks they had practiced this arrangement of the theme song from the TV sitcom Laverne and Shirley. The time in rehearsal had certainly paid off.

The three of us had done everything together during our senior year, so they graciously included me in their performance by asking me to play the tambourine with the backup band. I should have been satisfied to stand in the background, listen to their expert vocals, and contribute a little metallic accompaniment. But somehow the bright lights and the faces in the crowd transformed my usually introverted self into an upstaging maniac. I flipped my ponytail. I banged the tambourine on my hip. I shook it above my head. And when my performance drew laughs from the audience, I played it up even more.

After the concert, classmates came up to me and gushed about my act on stage. Even my choir director laughed, patted me on the back, and said he could hardly believe it was me up there. And I’ll admit I enjoyed the attention.

Instead of filling my soul, I empty it with every try-hard attempt for acclaim.

But later, I felt a bit sick about the performance because I realized what I had done. People laughed at my silly act instead of listening to my friends’ beautiful voices. My impromptu antics detracted from the song they had rehearsed diligently. I had stolen the spotlight.

Looking back, I now see that my life has often been characterized by chasing the spotlight. I want people to acknowledge me, applaud me, notice me—thinking that will fill my soul.

Yes, this humble prophet had the attention of his world for a time. People flocked to the wilderness to see a man dressed in camel’s-hair clothes who reportedly ate a diet of bugs and honey. His message drew hundreds. It all could have gone to his head.

But John the Baptist knew his role. He wasn’t the main act. Not a tambourine player in the backup group, he was more like the warm-up band getting everyone ready for the headliner—Jesus.

When one of John the Baptist’s followers pointed out that more people had started following the newcomer, John assured his disciple that was exactly what was supposed to happen. He said of Jesus, “He must increase, but I must decrease” (John 3:10 ESV). The prophet needed to fade into the background and let the spotlight shine on the Savior.

When I look at my own spotlight-chasing behavior, I think I would have failed as the forerunner of the Messiah. If I had experienced the excitement of speaking to hundreds of people, I would have found it very difficult to give up the attention.

But the more I think about it, the more freeing John the Baptist’s way of life appears. When I’m living for the spotlight to land on me, I must constantly strive to do something attention-getting. I need to be at the top of my game, and even then, my efforts may not prove enough to draw crowds. It’s exhausting. Instead of filling my soul, I empty it with every try-hard attempt for acclaim.

Instead, when I live the John the Baptist way, I don’t care who notices me. I don’t feel crushed if the spotlight never finds me. I just keep finding ways to point to Jesus.

Living the John the Baptist way fills our hearts because our souls were not made for the spotlight. Glory belongs to Jesus. Like a too-big sweater, fame never quite fits our souls.

I can’t go back to high school and let my friends shine while I contently add a little rattle-shake to their performance. But I hope that moving forward, I will not live for the attention of others.

Let’s not spend our lives chasing spotlights. Let’s live the John-the-Baptist way. When attention does land on you, remember to point it back on Jesus. And when the lights never seem to focus on you, remember that Jesus doesn’t need a spotlight to see you.

Fog rolled in last summer, hovering outside my window above END_OF_DOCUMENT_TOKEN_TO_BE_REPLACED

Follow Me
Sharla Fritz
Sharla Fritz is a Christian speaker and author of five Bible studies including Waiting: A Study on Patience, Hope, and Trust and Soul Spa: 40 Days of Spiritual Renewal.She and her husband bumble around in their big empty nest located in the Chicago area. She loves being in the Word, connecting with sisters in Christ, and hunting down fashion finds in resale shops.

Follow Me
Latest posts by Sharla Fritz (see all)

How Much Cultural Discomfort Can You Put Up With?

One thought on “Let’s Not Chase the Spotlight”